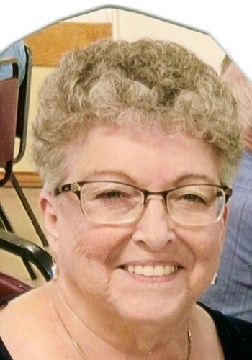 FUNERAL HOME
Dugan-Kramer Funeral Chapel
3201 Avenue B
Scottsbluff, NE
Gayle Marie Grimm September 21, 2021 Gayle Marie Grimm, 79, of Gering, passed away at home on September 21, 2021. Visitation will be held from 4 to 7 PM on Monday, September 27, 2021 at Dugan Kramer Funeral Chapel in Scottsbluff. Her funeral service will be held at 11 AM on Tuesday, September 28, 2021 at Dugan Kramer with Randy Kreiling officiating. Interment will follow at East Lawn Cemetery near Minatare. Online condolences may be left at www.dugankramer.com Gayle was born October 26, 1941 at Scottsbluff, NE to Alois Winslow and Ruth LaVonne (Kreiling) Neal. She attended school in Melbeta, graduating from Melbeta High School with the Class of 1960. She made her home and raised her family in the Kimball area. In 1997, she moved to Melbeta and later to Minatare, making her home the last few years at Dome Rock Manor in Gering where she lived until her death. She loved spending the winters in Texas with her companion Jerry Wiseman. Her hobbies include: crocheting, stained class, bowling, playing cards, gardening, and flowers. Gayle is survived by her children: Karen (Terry) Smith of Dorchester, NE, Jody McCloud of Gering, Judy (Paul) Culek of Cheyenne, WY, and Karla (Rodney) Jordan of Topeka, KS; brother Bill (Marian) Neal of Gering; several grandchildren; numerous great-grandchildren; nieces, nephews, and extended family members. Gayle was preceded in death by her parents, daughter Lanett Novotny, brother Dave Kreiling, and companion Jerry Wiseman.
Published by The Star-Herald on Sep. 26, 2021.
To plant trees in memory, please visit the Sympathy Store.
MEMORIAL EVENTS
Sep
27
Visitation
4:00p.m. - 7:00p.m.
Dugan-Kramer Funeral Chapel
3201 Avenue B, Scottsbluff, NE
Sep
28
Funeral service
11:00a.m.
Dugan-Kramer Funeral Chapel
3201 Avenue B, Scottsbluff, NE
Funeral services provided by:
Dugan-Kramer Funeral Chapel
MAKE A DONATION
MEMORIES & CONDOLENCES
Sponsored by Dugan-Kramer Funeral Chapel.
3 Entries
We just want to express our sympathies. Your mom was a wonderful person and friend. She would have done anything for anyone. We met Gayle and Jerry in Texas and became instant friends. We are so sorry we couldn´t make it to her services. We will miss her dearly. We Love You Gayle, Roger & Susan
Roger and Susan Kramer
Friend
September 28, 2021
So sorry. Did not know her well only through cards and bunco. Loved being around her.
Florine Winchell
September 26, 2021
To the family of Gayle I offer my sincere condolences. I reside in North Bend Oregon.
Ward Colerick class 59 Melbeta
School
September 26, 2021
Showing 1 - 3 of 3 results