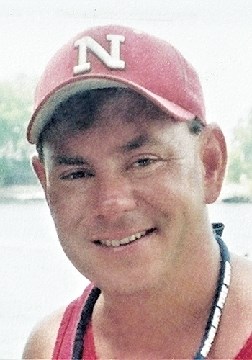 FUNERAL HOME
Jones Mortuary
1532 14th St
Mitchell, NE
James J. "Jim" Bornschlegl August 26, 2021 James J. "Jim" Bornschlegl was born to Leonard Jake and Maxine Mae (Schelkopf) Bornschlegl on March 16, 1964 at Geneva, Nebraska. He passed away on August 26, 2021 at Scottsbluff, Nebraska at the age of 57 years, 5 months, and 26 days. He was the youngest of four children. Jim attended Kindergarten in York, NE. The family moved to Seward where he attended 1st thru 5th grade. In 1975, the final move was to Nebraska City where Jim graduated from high school in 1982. He attended Peru State College and while there had a stint playing semi-pro baseball. He completed his education at Dallas Institute of Funeral Service and graduated as a Funeral Director/Embalmer. He worked at Jones Mortuary in Mitchell and Dugan Kramer Funeral Chapel in Scottsbluff. In August of 2002, he began working for the Scottsbluff Police Department as an Animal Control Officer. He was proud of the job he did and made several deep friendships with the people he worked with. He retired in April of 2019. In August of 1988, he married Cathy Atkinson. For all who know her, you can definitely say that Jim hit the wife lottery. She allowed him to live life his way without restrictions. She always supported him in all of his adventures and helped make things happen for him. During his illness, she rarely left his side and went above and beyond to care for him and make him comfortable. She loved him so.and he loved her. Jim shared with his family and friends that he should have been born 100 years ago. He enjoyed hunting for arrowheads, hiking the Oregon Trail, recanting Indian bottles, and loved the history of the area. Jim loved the outdoors. He was an avid fisherman and could catch fish when no one else could. He had several master anglers and always seemed to get the big ones. Some of his best days were spent fishing with this brother Larry; they had a very special bond. Another favorite place was his sister Linda's cabin where he could fish to his heart's content. Jim was also an avid hunter and seemed to have the best hunting dogs year after year. He once found a mixed breed puppy chained to a dumpster and ended up winning a field trial with him! He loved the Huskers football, basketball, and baseball. If he wasn't hunting in the Fall, you would find him in his "Husker Room" watching his favorite team. For those of us who knew him well, we know what a funny, sweet, gentle soul he was. He was an absolute treasure to his siblings and to folks who knew him. God lovingly laid His hand upon his shoulder and His message was given: "Come home." As sad as it is to have him gone, using the words from The Dance "we could have missed the pain, but we'd have had to miss the dance." Jim was preceded in death by his parents, brother Larry Bornschlegl, brother-in-law Randy and father-in-law Martin Atkinson. He is survived by his wife Cathy of Mitchell; his mother-in-law Louise Atkinson of Scottsbluff; brother-in-law Rich (Susan) Atkinson of Johnstown, CO; sister Linda (Jim) McCabe of Lincoln; sister Mary (Rusty) Halkyard of Gibbon, NE; sister-in-law Shirley Bornschlegl of Lincoln and many cousins, nieces, and nephews. A Celebration of Life Service will be held at 10 AM on Friday, September 10, 2021 at Monument Bible Church in Scottsbluff with Pastor Jake Roberts officiating. Burial will follow at Mitchell Valley Cemetery. In lieu of flowers, memorials may be given to the family for a later designation. Online condolences may be left at www.dugankramer.com. Dugan Kramer Funeral Chapel is in charge of arrangements.
Published by The Star-Herald from Aug. 27 to Sep. 8, 2021.
To plant trees in memory, please visit the Sympathy Store.
MEMORIAL EVENTS
To offer your sympathy during this difficult time, you can now have memorial trees planted in a National Forest in memory of your loved one.
Funeral services provided by:
Jones Mortuary
MAKE A DONATION
MEMORIES & CONDOLENCES
Sponsored by Jones Mortuary.
2 Entries
Cathy, this is such sad news. My prayers are with you and your family.
Marlene Crosier
September 6, 2021
I have known Jim since his family moved to Nebraska City in grade school. We were close throughout our school years. My heart aches for Jim and his friends and family. Save me a seat, Jim. Just like you used to do for lunches at school.
Lisa Kovanda
Friend
August 29, 2021
Showing 1 - 2 of 2 results