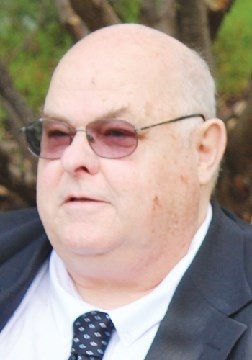 BORN
1949
DIED
2021
James Max Griffiths August 25, 2021 James (Jim) Max Griffiths passed away on August 25, 2021, at the SSMH Hospital in Midwest City, Oklahoma. Burial will be at Greenwood Cemetery in Chadron, Nebraska, at a later date. Jim was born on May 9, 1949, in Bridgeport, Nebraska, to Ralph E. and Lucy (Wisner) Griffiths. Growing up in the Redington Community he learned to work hard on the farm, attended the Redington Church and Camp Rock, and had plenty of fun times with his three brothers. Jim's love of learning began in country schools where he received his elementary education. After graduating from Banner County School in 1967, he attended Chadron State College. The first of seven degrees he received was earned from CSC where he graduated in 1971. While at Chadron State College, Jim met the love of his life, Kerry Betson. They were married on June 14, 1968. To this union three children were born: Patrick (Mariya) of Casper, WY; Cindy (Randy Harris) of Choctaw, OK; and Jolene of Midwest City. Jim and Kerry celebrated their fiftieth anniversary shortly before Kerry passed away in October of 2018. Jim joined the Air Force in 1972, receiving his basic training at Lackland Air Force Base in San Antonio, Texas. Over the next fifteen years, he was a security guard at Yakota AB in Fussa, Japan and several bases across the midwest. After Jim was honorably discharged from the Air Force, he and Kerry settled in Midwest City where they lived the rest of their lives. Jim worked for the U.S. Postal Service from 1987 until he retired in 2016. Jim was an avid reader, a history buff and a genealogist. Jim is survived by his three children, two grandchildren (Daniel and Joseph Harris); brothers Ernest (Twila), Jack (Grace), and Bill (Susan); sisters-in-law Diane (Ed) Broestl and Rhonda (Robert) Eddy; brother-in-law Mark (Myrna) Betson; numerous nieces, nephews, cousins, and friends. He was preceded in death by two grandchildren, his parents, mother- and father-in-law Collis and Ava Betson and sister-in-law Pearl Louise Griffiths.
Published by The Star-Herald on Sep. 26, 2021.
To plant trees in memory, please visit the Sympathy Store.
MEMORIAL EVENTS
Sep
26
Burial
Greenwood Cemetery
Chadron, NE
MAKE A DONATION
MEMORIES & CONDOLENCES
1 Entry
Sorry to read of Jim´s passing. We went to school and graduated together. Sounds like Jim had a very successful and joyful life and that makes me so happy. He was always the quiet boy in our class. I hadn´t seen or heard from him since graduation. My sympathy to you all. God bless you all and pray He helps you through this tough time.
Donna McGowan
Friend
September 27, 2021
Showing 1 - 1 of 1 results