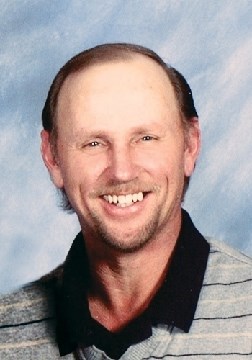 BORN
1961
DIED
2021
FUNERAL HOME
Bridgman Funeral Home - Scottsbluff
2104 Broadway
Scottsbluff, NE 69361
Jeffrey Allan Asmus April 6, 2021 Jeffrey Allan Asmus, 59, of Scotts-bluff, passed away suddenly Tuesday, April 6, 2021, at his home. His memorial service will be held 1:30 p.m., Monday, April 12, 2021, at Bridgman Funeral Home in Scottsbluff with Pastor Dale Brown officiating. The family asks you dress casual in honor of Jeff and masks are strongly suggested. Inurnment will follow in the Fairview Cemetery at Scottsbluff. Memorials may be made to Panhandle Humane Society or Skipper's Cupboard. Online condolences may be left at www.bridgmanfuneralhome.com. Jeffrey Allan was born August 26, 1961, at Scottsbluff, NE to Marvin and Joyce (Bauer) Asmus. He started his early education in Lyman, NE and then graduated from Scottsbluff High School in 1980. He attended Western Nebraska Technical College in Sidney, NE where he was on the Dean's List for Heavy Equipment Operations. While attending WNTC, he also worked for Nebraska Transport Co., loading and unloading transport trucks. He continued to live and work in Sidney for multiple years. Eventually, Jeff moved back to Scottsbluff and went to work for Culligan Water Conditioning. He also helped his father maintain his rental properties. Growing up, he spent many hours with family and friends at Lake Minatare boating, camping and water skiing. He was an accomplished slalom skier. Jeff was also an avid hunter and then realized his true passion was fishing. He spent countless hours at Lake Minatare and Lake McConaughy always trying to catch "the big one". He was able to take his trip of a lifetime accompanying his father to fish the waters of Alaska. Jeff had many talents, one of which was detailing vehicles, motorcycles, and boats. He could make an old car look like it just came from a new car lot. He was also talented enough to play guitar, harmonica, trumpet, and piano. Jeff was ready, willing and able to help anyone who asked, whether it was mowing a lawn, fixing a car, or helping friends move. He was his mother's on-call handy man. Following in his father's footsteps, he became a collector of many different items such as marbles, Match Box cars, and ash trays, to name a few. Survivors include his mother, Joyce Asmus of Scottsbluff; aunts and uncles, Bev (Mark) Overman and Ron Asmus of Scottsbluff; Bill Frank of Gering; Paul (Pat) Asmus of Littleton, CO; and Vicki (Don) Ullstrom of Fort Collins, CO; his cousins include: Angie Wilson of Scottsbluff; Jennifer Castro of Gering; Michael Frank of Oregon; Tim Frank of Lincoln; Roger Asmus and Andrea Lybarger of Littleton, CO; Jill Schneider of Fort Collins, CO; and Carrie Birt and James Asmus of Arizona. He is also survived by a close group of friends and his faithful dog, Flora. Jeff was preceded in death by his father, Marvin Asmus; brother, Marvin Kelley Asmus; paternal grandparents, Victor and Esther Asmus; maternal grandparents, Alex and Bertha Bauer; and aunts, Wendy Asmus and Norma Jean Frank.
To plant trees in memory, please visit our Sympathy Store.
Published by The Star-Herald from Apr. 9 to Apr. 10, 2021.
MEMORIAL EVENTS
Apr
12
Memorial service
1:30p.m.
Bridgman Funeral Home - Scottsbluff
2104 Broadway, Scottsbluff, NE 69361
Funeral services provided by:
Bridgman Funeral Home - Scottsbluff
MEMORIES & CONDOLENCES
Sponsored by Bridgman Funeral Home - Scottsbluff.
12 Entries
So very sorry to hear of Jeff´s death! Your friends in WA are thinking of you Joyce, our thoughts and prayers are with you
Clarence & Norma Kummer
April 18, 2021
Best time with Jeff is when his parents let me (Rich Hara) paint my trailer in their house garage I had built in metals shop in high school going to miss him! RIP
Richard Hara (China)
April 13, 2021
My heart reaches out to Joyce I will always remember Jeff's big smile and Jeff as my folks personal driver to the airport! They loved him! Jeff will be missed but still watching over his mom. Sending prayers Deb
Debra L Gorr
April 12, 2021
Thinking of you with deepest sympathies. We pray that God will give you comfort and peace at this time.
Bob & Vickie (Bauer) Greeb, John & Juanita Bauer
April 10, 2021
No words can express the loss of a loved one, Jeff was an amazing person, we were his neighbors for many years, our dogs played together many times and became good puppy friends, he always helped us when we needed and never complained. I will never forget him, Rest In Peace, till we meet again
Erika L Tikalsky
April 10, 2021
Our deepest sympathy to Joyce, and to all family members and friends. We share the experience of the grief of losing an adult child, and are especially sorry for you, Joyce.
Don and Joan Eigenberg
April 10, 2021
Jeff was a childhood friend of my brother Steve. We lost Steve in 1986. Jeff never failed to recognize me, and always was a picture of kindness, and joy. The world has been a wonderful place for me all my life because of human beings of this quality. Rest in peace young man. I am sure Steve will glad to meet you again after all these years.
ROD GRAVES
April 9, 2021 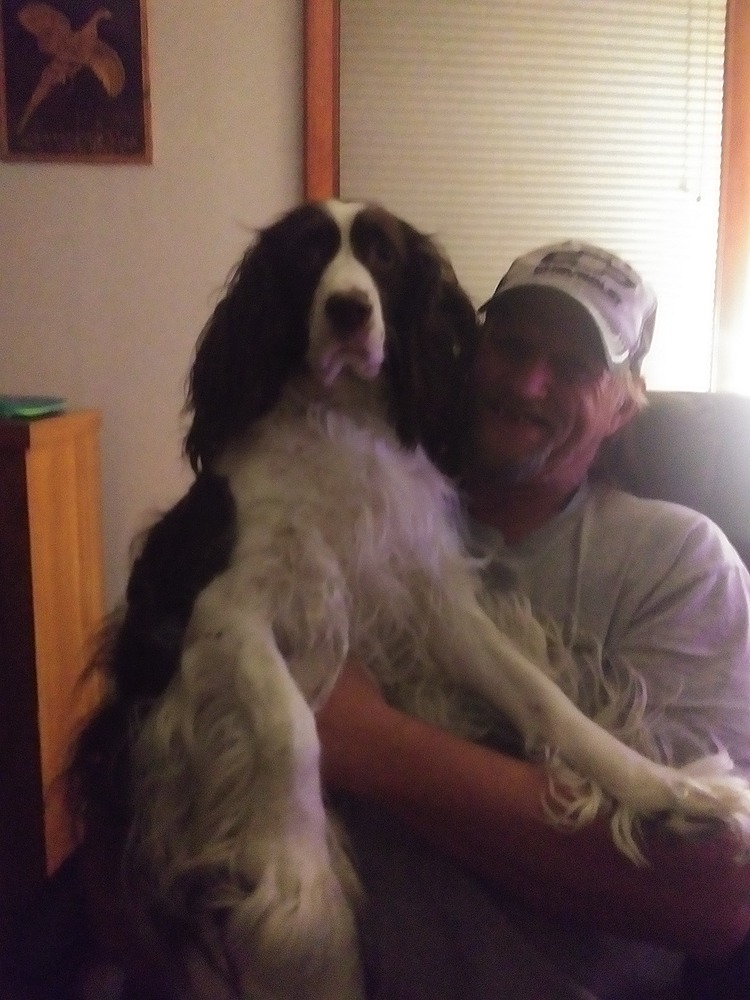 Man and his best friend. Jeff you will be sadly missed. My thoughts and prays go out to all who knew him. Joyce. Although we never met. You must know that Jeff was the best. I'm so sorry for your loss. If you ever need anything at all please let me know.
Kathy Schmer
April 9, 2021
Joyce, we're so sorry to hear about your loss. Jeff was a unique guy and was always laughing at family events. He always had great stories to share. He will certainly be missed.
Marvin Floyd
April 9, 2021
Joyce, We are so very sorry to hear about the loss of your Son, Jeff. We will be keeping you in our prayers.
Jerry and Julene Asmus
April 9, 2021
He always had a smile, especially when he talked about his mom, and fishing.. Our deepest sympathy to all. God Bless
Sanchez & Arcoren families
April 9, 2021
What to say when your at a loss for words.. il start by saying Jeff was a good friend. Always laughing and clowning around. Once in a while we disagreed on few things, like who was the fisherman and who was the wisherman. He always had me laughing, either with him or at him... he was the only man i knew that wouldnt give up because it got cold, windy, rainy, he was in it til the end every time we went fishing. He was the type of guy who would alway be the first to lead the way, as im sure is still his plan, as we reunite with him one by one, he will be there to guide us,..again leading the way...... God Bless You Jeff, u will forever be in our hearts, our thoughts and our prayers. Goodbye My Friend. Til we meet again. Little Donne.
Donne
April 9, 2021