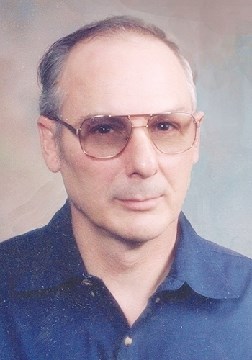 Jerry Steven Koros November 18, 2020 Jerry Steven Koros of Scottsbluff, NE, passed away on Wednesday, November 18, 2020 at the age of 68. Jerry will be cremated and laid to rest at Sunset Memorial in Scottsbl-uff next to Brooke. Online condolences may be made by viewing Jerry's memorial page at www.bridgmanfun- eralhome.com. Bridgman Funeral Home and Cremation Services in Scottsbluff are entrusted with arrangements. Jerry was born to Mary Jagger Koros and William (Bill) Koros on November 19, 1951 in Bridgeport, NE. Jerry grew up as the youngest of four boys. After graduating from Bridgeport High School, Jerry moved to Gering, NE and began working for Lockwood Corporation. While working for Lockwood, he was transferred to Woodland, CA where he lived for seven years before moving back to Gering. Jerry met Glenda Ann Roach in the fall of 1987. They began their life together then and were married on November 19, 2006. Glenda and Jerry's niece, Brooke Clark, lived with Jerry and Glenda for eight years before her passing. Brooke and Jerry had a special relationship and spent a lot of time mowing lawns together. When Glenda's health began to decline, Jerry took care of her needs as a kind, caring and loving husband. Jerry retired from Scottsbluff Public Schools in 2018 after working for 24 years in the maintenance department. Jerry spent his summers mowing lawns for the elderly. He loved making their lawns look beautiful and enjoyed the work. In his spare time, Jerry enjoyed camping, fishing, hunting, bowling and playing cards. He loved his dogs, Mylie, Alice, Max and Snickers. Jerry is survived by his wife, Glenda; his brother, Bill; and his nieces; Sandy Lynn, Kathy Reynolds and Rose Wentworth. He is preceded in death by his parents, 2 brothers; George and Mike, and his niece; Brooke Clark.
To plant trees in memory, please visit our Sympathy Store.
Published by The Star-Herald from Nov. 21 to Nov. 24, 2020.
MEMORIAL EVENTS
No memorial events are currently scheduled.
To offer your sympathy during this difficult time, you can now have memorial trees planted in a National Forest in memory of your loved one.
Funeral services provided by:
Bridgman Funeral Home
GUEST BOOK
8 Entries
Jerry was a dear soul and kind hearted. Sorry for your loss. My condolences go out to you and your family.
Rhonda Reisig
December 2, 2020
We extend our sincere and deepest sympathy to Glenda, Jerrys dear wife - and Jerry´s other survivors. We met Jerry shortly after meeting Glenda at church. We remember him as a kind, honest, and hardworking man who always had a smile on his face - whom we consider a friend. Our belief is that Jerry has been welcomed into Heavenly Paradise and has joined his niece, Brooke, along with other family and friends. DeAnn, Brian, and Nolan White
DeAnn White
December 1, 2020
Having become friends in 1967 and maintaining friends till his death, Jerry will be missed dearly. Every time we came together we enjoyed each others company and he always reminded me of how we played ditch-em on the dirt streets of Gering , with our cars . Sorry to lose you but we may meet again someday.
Ronald Blome
Friend
November 28, 2020
Glenda, I am so sorry for the loss of Jerry. I know you have depended on him for a long time. Stay strong and know he will always be as close as the many memories you made together! Love you!
Ronda Simpson
November 25, 2020
Glenda, I am praying for you. I was so sorry to hear of Jerry's death. I will always remember when we would see each other at BMS. He was always smiling while saying something to me in a teasing manner.
russell burkey
November 22, 2020
I waited on Jerry and Dane at Country Kitchen every morning. It was a real nice guy he will be missed.
Jaci Brill
November 22, 2020
Glenda, Please know I am always with you! My heart breaks for you.
Sherri Sides
November 21, 2020
Dear Glenda we are so sad to here of Jerrys passing we send our prayers to you.
Carol Knaub and Jerry
November 21, 2020