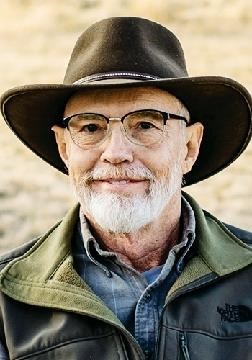 FUNERAL HOME
Bridgman Funeral Home - Scottsbluff
2104 Broadway
Scottsbluff, NE
John Dwayne Molko September 30, 2021 John Dwayne Molko, child of God, loving husband, father, brother, uncle, and friend, was called home by his Heavenly Father on September 30, 2021, at the age of 65. A celebration of John's life will be held Saturday, October 9, 2021, at 10am at Mitchell Berean Church. Donations in lieu of flowers can be made to Festival of Hope, Regional West Hospice Care, or Camp Rock. Online condolences may be made by viewing John's memorial page at www.bridgmanfuneralhome.com. Bridgman Funeral Home in Scottsbluff is entrusted with arrangements. John was born July 30, 1956, in Scottsbluff, NE to Edward and Delores Molko. He graduated from Gering High School and achieved an Associate Degree from Nebraska Western College. John was united in marriage to Lois (Nelson) on March 2, 1985, with whom he had two children, Jacob and Emily. An immensely proud and encouraging father, John attended countless games, meets, plays, concerts, and special occasions in support of his kids, also serving on the board of Cedar Canyon School during their years there. For over 20 years, John farmed in the Gering valley, growing sugar beets, dry edible beans, corn and other crops before transitioning to a career in real estate. Holding salesperson and eventually brokerage licenses in both Nebraska and Wyoming, John enjoyed helping many clients buy and sell homes, farms, and ranches. John worked for many years at Helberg and Nuss Auctions & Realty, where he also became a Nebraska Certified General Appraiser. John later continued to operate his appraisal and brokerage businesses under Champion Realty. John was united in marriage to Kim (Brost) on September 12, 2019. Sharing many happy memories and adventures, they were looking forward to spending the winters in Texas with friends and family. John, certain of his salvation in Jesus and now walking with Him in heaven, was a devoted man of God and served in various leadership roles in the churches he attended. During his years at Monument Bible Church, John served as a deacon/elder, director of the AWANA program, and as a Sunday school teacher. At the time of his death, John was actively involved at Mitchell Berean Church. A formidable fisherman, no trout in the North Platte River was safe from John's fly. Adept though he was, he would quickly profess: "It's not really about the fish." Some of John's most joyous moments were shared on rivers and lakes with dear friends and family, generously lending his boat, a rod, or a hand happiest of all and watching with delight when we landed a fish of our own. John's gentle, humble, approachable, encouraging, and joyous presence will be dearly missed. Until we are reunited with him again, we will honor his memory by "doing good and loving life," just as he beseeched us and modeled so wonderfully. John is survived by his wife Kim Molko; son Jacob Molko; daughter Emily Molko; brothers Dennis Molko and Tim (Cindy) Molko; sisters Colleen Engelke, Susan (Richard) Simmons and Marilee Treadwell; first wife Lois Molko and many loving nieces, nephews, extended family and friends. His parents Edward and Delores Molko preceded him in death.
Published by The Star-Herald on Oct. 5, 2021.
To plant trees in memory, please visit the Sympathy Store.
MEMORIAL EVENTS
Oct
9
Service
10:00a.m.
Mitchell Berean Church
50680 Cook Oil Rd, MITCHELL, NE
Funeral services provided by:
Bridgman Funeral Home - Scottsbluff
MAKE A DONATION
MEMORIES & CONDOLENCES
Sponsored by Bridgman Funeral Home - Scottsbluff.
1 Entry
John was such a caring and loving man. He never made an enemy due to his huge heart and zest for life. Was hoping to be able to spend more time with you and Kim here in Nebraska and in Southern Texas bit God had bigger plans for you. We love you and will miss you. It was our pleasure knowing and becoming friends. Tom and Kaye Wagner
Kaye Wagner
October 6, 2021
Showing 1 - 1 of 1 results