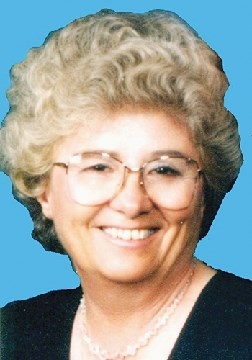 BORN
1927
DIED
2020
Lucille "Luci" F. Haun November 10, 2020 Lucille "Luci" F. Haun, 93, of Gering, went home to be with her Lord and Savior and to reunite with the love of her life, her husband Ray, on November 10, 2020 at Heritage Estates in Gering. A private family funeral service will be held at 10 AM on Friday, November 20, 2020 at Gering Zion Church with Pastor Tim Hebbert officiating. The funeral service will be livestrea-med on the Dugan Kramer Funeral Home & Crematory facebook page. Burial will follow at the West Lawn Cemetery in Gering. Memorials may be given to Salem Congregational Church, Gering Zion Church, or Heritage Estates. Online condolences may be left at www.dugankramer.com Luci was born October 27, 1927 to George and Pauline (Ziegler) Knaub in Butte, SD. The family later moved to the Valley and she attended several area schools, graduating from Scottsbluff High School in 1945. She married Ray Haun, the man she adored, on September 29, 1946, and they made their first home in Terrytown. Ray then built their dream home in Gering where they spent the rest of their married life. Lucille worked at JC Penneys for several years before she went to work for the Gering Public Schools as a secretary at the high school. While she worked there, she kept her own children as well as her grandchildren in line when they attended high school, and even kept the teachers in line. She retired from the school in 1994. After her retirement, Luci spent her spare time in the summer perfecting her golf game, recording three holes-in-one during her golf career. In the winter, she worked on her bowling skills, participating in the Nebraska State Bowling Tournament for 52 years, and also participating in several National Bowling Tournaments. The highlight of her trips to the state tournament was getting to go out to eat and have lobster. Besides golfing and bowling, Luci enjoyed spending time with her family and especially enjoyed watching her grandchildren in their many activities. She was also blessed to be able to watch some of her great-grandchildren in their activities. They were always excited to have "Grandma Great" show up for their performances. Lucille is survived by her daughters Karen Bolzer, Sandi (Don) Gable, and Joy (Kirk) Arnold; son Allen (Mary Kay Haun); nine grandchildren; and twenty great-grandchildren. Lucille was preceded in death by her husband, parents, two sisters (Mildred and Elnora), a brother (Elwood), a son-in-law (Ron Bolzer), and a great-grandson (Toren Gable).
To plant trees in memory, please visit our Sympathy Store.
Published by The Star-Herald on Nov. 18, 2020.
MEMORIAL EVENTS
Nov
20
Funeral service
10:00a.m.
Gering Zion Church
Nov
20
Funeral service
10:00a.m.
Live Streamed
Dugan Kramer Funeral Home & Crematory facebook page
Funeral services provided by:
Dugan-Kramer Funeral Chapel
GUEST BOOK
3 Entries
My heartfelt condolences. My Dad so much enjoyed working with your Mom. Great memories of those wonderful days. I am so sorry for your loss. Wish you all well. Warm regards, Bill Zalman
Bill Zalman
November 23, 2020
I'm sorry to see Lucille's obituary. She was a good person. Lucille and Lila greatly helped me out when I was a new teacher. I will always appreciate her for that help.
Don Kugler
November 20, 2020
What a wonderful, warm and totally helpful person. I first Ms. Haun many years ago when I attended Gering High School. I would bump into her on occasion after high school. She was always a wonderful lady. My sympathies to Karen and the family. I am so sorry for your loss.
James Prohs
November 19, 2020