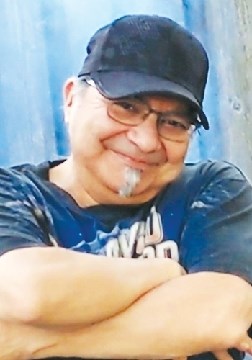 BORN
1958
DIED
2021
Lynyrd Frank Murillo August 10, 2021 Loving son, brother, uncle and great-uncle, Lynyrd Frank Murillo, passed awayon August 10, 2021 in Arvada, Colorado, at the age of 63, due to complications from COVID. He was born on June 11, 1958 in Scottsbluff, NE. Lynyrd was the son of MaryLou and the late Valentino Murillo. Lynyrd was employed at UPS in Commerce City, CO at the time of his death. He was a hard worker in everything he did. He had many passions which included, landscaping, Nebraska Cornhusker Football, holiday indoor and outdoor decorating, and was an avid fan of everything that had to do with the group, Lynyrd Skynyrd. He loved lighting up his parents' home for every holiday and sharing what he had done with multiple pictures from every direction. He was excited to incorporate any current trend outdoor lights and décor. His favorite holiday was the 4th of July. He would put on the most amazing firework display that could rival a professional display not only for his family, but also for the neighborhood. He was known for his quick wit but mostly for his kind and giving spirit. There was never a time where he didn't put someone's needs ahead of his own. Lynyrd is survived by his mother, MaryLou Murillo of Gering, NE, and his siblings: AnnaMarie of Castle Rock, CO; Ernest of Lincoln, NE; Noberta of Gering, NE; Thomas (Flora) of Omaha, NE; Imogene of Kearney, NE; Neil (Christine Reed) of Westminster, CO; Odilia of Scottsbluff, NE; Lucinda (JR Savala) of Lincoln, NE; Melissa (Francis) Barnett of Aberdeen, SD; Michele (Rodney) Titus of Aberdeen, SD; Victoria Hahn of Stuttgart, Germany; Benicia of Denver, CO; Cedric (Amy) of Arvada, CO; Dominic (Nicole) of Scottsbluff, NE; Carlita (Thad) Nelson of Lincoln, NE; Venita (Jose) Botti of Lincoln, NE; Vernalisa Fowler (George) of Lincoln, NE; and D'Angelo (Staci) of Gering, NE. Also mourning his loss are his many nieces, nephews, great nieces and great nephews. He will also be remembered by his many aunts, uncles and cousins. He is preceded into death by his father Valentino, his sister Valarie Ann, his niece Alexandra Murillo, and numerous relatives. A rosary and celebration of life video will be held September 22, 2021, 7:00 PM at Christ the King Catholic Church. Mass of Christian Burial will be celebrated Thursday, September 23, 2021, 10:30 AM with Father Mike McDonald officiating. Grave site rites will immediately follow at West Lawn Cemetery, Gering NE, with a reception to follow. In honor of Lynyrd's love for the Huskers, please wear red. Masks will be optional for those that would like to attend. Memorials may be given to the family to be designated at a later date. Fond memories and condolences may be left at www.geringchapel.com. Gering Memorial Chapel is assisting the family with arrangements.
Published by The Star-Herald on Sep. 19, 2021.
To plant trees in memory, please visit the Sympathy Store.
MEMORIAL EVENTS
Sep
22
Rosary
7:00p.m.
Christ the King Catholic Church
NE
Sep
23
Mass of Christian Burial
10:30a.m.
Christ the King Catholic Church
NE
MAKE A DONATION
MEMORIES & CONDOLENCES
1 Entry
We were so very sorry to learn of Lynyrd´s passing. We pray that he is now at peace, and our prayers and love go out to Mary Lou, & the entire family. Jeanne & Steve Sarasota, Fl.
Jeanne Batalia & Stephen Carroll
Friend
September 21, 2021
Showing 1 - 1 of 1 results