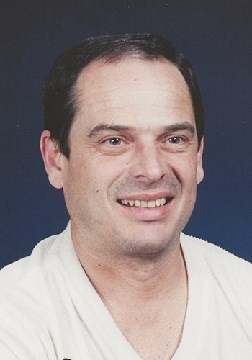 BORN
1953
DIED
2021
FUNERAL HOME
Reverence Funeral Parlor
2002 Char Ave
Scottsbluff, NE
Michael Joseph "Mike" Masid June 9, 2021 Mike Masid, 68, of Mitchell, passed away Wednesday, June 9, 2021, at the Clarkson Tower at Nebraska Medical Center in Omaha. Funeral services will be held 10 a.m., Wednesday, June 16th at the Assumption Greek Orthodox Church in Bayard with Father Christopher Xanthos and Reader Andrew Newman officiating. Burial will follow at Fairview Cemetery in Scottsbluff. Visitation will be from 4 p.m. to 7 p.m., Tuesday at Reverence Funeral Parlor, 2002 Char Ave. in Scottsbluff, with a Trisagion Prayer Service beginning at 6 p.m. In lieu of flowers, memorials contributions may be made in Mike's name to be designated later. Condolences may be left at www.reverencefuneralparlor.com. Mike was born on May 6, 1953, in Scottsbluff to Sammy J. and Ruth Arlene (Taylor) Masid. He received his education in Bridgeport. He was a member of the golf and football teams before graduating in 1971. Mike worked at Masid Chevrolet in Bridgeport and then helped his sister farm for a short stint before starting his career in the railroad. He began working on the rails and later became an engineer for the BNSF until his retirement. Mike was a rockhound, enjoyed going to auctions, collecting antiques, and fixing old pickups. He also hunted and fished often in his younger years. Mike was a member of the Assumption Greek Orthodox Church and YMCA. He is survived by his son, Jeremy (Serena) Masid of Plattsmouth; four grandchildren, Samantha, Jeremiah, Tyler and Trapper Masid; brothers, Sam Masid III of Morrill, Mark Masid of Jackson Hole, WY, Joe (Tammy) Masid of Scottsbluff; sister, Shelly (Randy) Kindvall of Scottsbluff; along with many nieces, nephews and close friends. He was preceded in death by his parents.
Published by The Star-Herald from Jun. 11 to Jun. 15, 2021.
To plant trees in memory, please visit the Sympathy Store.
MEMORIAL EVENTS
Jun
15
Visitation
4:00p.m. - 7:00p.m.
Reverence Funeral Parlor
2002 Char Ave, Scottsbluff, NE
Jun
15
Prayer Service
6:00p.m.
Reverence Funeral Parlor
2002 Char Ave, Scottsbluff, NE
Jun
16
Funeral service
10:00a.m.
Assumption Greek Orthodox Church
Bayard, NE
Funeral services provided by:
Reverence Funeral Parlor
MAKE A DONATION
MEMORIES & CONDOLENCES
Sponsored by Reverence Funeral Parlor.
2 Entries
Much sympathy to all he was a special kind of guy so enjoyed visiting him at auctions and loved his laughter ,May he Rest In Peace.He will be missed by all that knew and loved him!
Reiny and Donba Feil
Friend
June 15, 2021
So sorry to hear about Mike.. with sympathy to all family.
Cheryl Chikos Dinnel
Friend
June 11, 2021
Showing 1 - 2 of 2 results