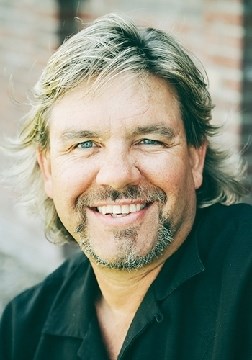 BORN
1966
DIED
2021
FUNERAL HOME
Dugan-Kramer Funeral Chapel
3201 Avenue B
Scottsbluff, NE
Mikel Edward White September 14, 2021 Mikel Edward White, 55, of Scottsbluff, passed away on September 14, 2021 at Swedish Medical Center in Englewood, Colorado with his wife, Krisa at his side. Mikel Edward White was born in Omaha, NE February 28, 1966. C. Duane and Frances (Potter) White were overjoyed to adopt him. Later he became a big brother to Kim. They have many wonderful sibling memories together. The family lived in Wahoo, NE and Salina, KS before settling in Scottsbluff, NE. The family owned the Trail Motel and HomeStake Coins and Cards. He began his love for martial arts and music in his teens. He played the tuba and later guitar. He also began woodworking. He graduated in 1984 from Scottsbluff High School and joined the National Guards. On October 27, 1984 he married Jacqueline Schultz at Salem Congregational Church. The couple moved to Augusta, Georgia for his AIT training at Fort Gordon. They returned to Scottsbluff and they became parents to Jas Mikel White, Ashleigh Dawn White and Chance Parker White. These three were his Pride and Joy. He loved them with all his heart. Together as a family they took many trips to Oregon to see relatives, lots of memories were made on these fun trips. Mikel had many jobs: Simon Construction, MC Shaff, Russ Sides Construction, BNSF Railroad, Prime Trucking, Kilthau Transports and Vistabeam. Mikel spent much of his spare time in his wood shop creating beautiful projects. He was an avid Huskers and Broncos football fan. He also loved hunting with the family. He built a wheel chair accessible goose blind for the family. His life-long friend Randy Kraus shared many memories together. Randy introduced him to fly fishing, which then became his hobby. Along with tying his own flies, loved to fish. He married Krisa Pierce on August 4, 2018. Together the couple enjoyed riding his Harley, and taking many adventures together. They spent most of their time side by side, woodworking, cooking, dancing, listening to music of all genres, home decorating, painting, gardening and spending time with family and friends. They loved the home they had created together. They truly loved each other. Recently he was reconnected with his biological family. He was happy to finally meet them and they have stayed in touch since. Mikel was a man who never judged you. His words were "hate the sin, love the sinner." He devoted his life to Christ at 8 years old in his bedroom on his hands and knees and he leaned on God for everything. He was a member of the Rock Church and attended with his wife and family. Mikel is survived by his wife Krisa, children Jas White (Michelle Sandy), Ashleigh (Candon) Ehler, and Chance (Cassidee) White, grandchildren Behr, Dash, Parker, Flinnt and soon to be born grandbaby to Chance and Cassidee; mother Fran White, sister Kim (Michael) Gutierrez and children Kacey, Lacey, Amalie, long- time family friend Marc Harbour, birth mom Alice Lee and half siblings Ceara and Mark Belson, many nieces, nephews, stepchildren, uncles, aunts, and cousins and beloved canine companion Pip Squeak. Mikel was preceded in death by his father C. Duane White and grandparents. Visitation will be held from 4 to 7 PM on Tuesday, September 21, 2021 at Dugan Kramer Funeral Chapel in Scottsbluff. A Celebration of Life Service will be held at 10 AM on Wednesday, September 22, 2021 outdoors at the Trails West YMCA Camp with Pastor Tyson Lambertson from The Rock Church officiating. Military honors will be rendered by the Nebraska National Guard and the Gering Sons Of The American Legion Honor Guard. The service will be livestreamed on the Dugan-Kramer Funeral Chapel facebook page. In lieu of flowers, memorials may be made in care of the family for a designation at a later date. Online condolences may be left at www.dugankramer.com.
Published by The Star-Herald from Sep. 19 to Sep. 21, 2021.
To plant trees in memory, please visit the Sympathy Store.
MEMORIAL EVENTS
Sep
21
Visitation
4:00p.m.
Dugan-Kramer Funeral Chapel
3201 Avenue B, Scottsbluff, NE
Sep
22
Celebration of Life
10:00a.m.
Trails West YMCA Camp
NE
Funeral services provided by:
Dugan-Kramer Funeral Chapel
MAKE A DONATION
MEMORIES & CONDOLENCES
Sponsored by Dugan-Kramer Funeral Chapel.
5 Entries
He was a good friend our deepest condolences to his family , rest in peace Michael.
Noelia Mata
September 22, 2021
Oh Mike, RIP buddy. We had some great high school fun. I have really enjoyed reconnecting with you and seeing you so very happy again with Krisa. I am so sorry that your family has to continue on while missing you. Fly high my friend.
Dena Singleton
Friend
September 21, 2021
I loved watching you and Krisa's love story, it saddens me that there was not enough time for you both. Krisa treasure all your precious memories with Mikel, may you Rest in Heaven Mikel. Love and condolences to all his family.
Sandra Rodriguez
Friend
September 20, 2021
Mike and I grew up together he's always been a dear friend of mine my fondest memory of him is when we would ride our bicycles to Terry's lake and fish for hours and catch nothing !! So we then go to taco jhons and bowlarena and shoot pool and play arcade games. He was a good guy he was always there if you needed him rest in peace my brother
Glenn Lucius
Friend
September 20, 2021
I loved seeing your smile and enjoyed your conversation. RIP MIKEL
Sabrina Esparza
September 19, 2021
Showing 1 - 5 of 5 results