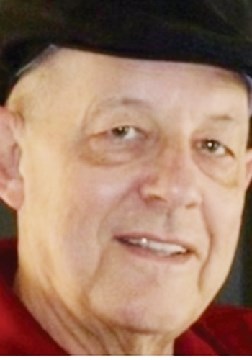 BORN
1943
DIED
2021
Paul Austin September 5, 2021 Paul "Jack" Austin, died suddenly on September 5, 2021 at his home in Aurora, Colorado after a long battle with esophageal cancer. He was born on June 17, 1943, in Scottsbluff, Nebraska, the son of Jack and Mary (Mehling) Austin. He was known for his good nature, intelligence and sense of humor. He loved reading, playing racquetball, and spending time as "Papa" to his five grandchildren. He graduated from Scottsbluff High School in 1961. Following graduation, he attended the University of Utah and studied math for two years before joining the U.S. Air Force in 1963. He then spent a long and distinguished career as a civil servant working in communications until his retirement in 1998. He volunteered at his church doing accounting functions for many years after retirement. He married Linda Nunn in Wichita Falls, TX on July 9, 1967. They had their son, Gregory Keith Austin on August 7, 1969 and then moved to Colorado before welcoming their daughter, Paula (Austin) Fleming on June 29, 1976. He is survived by his wife, two children and five grandchildren, all located in the Denver metro area. His funeral service will be held at 10:00 AM, Saturday, September 25, 2021 at Tower Community Church (1800 S. Tower Road, Aurora, CO 80013). The service will be live streamed at https://www.towercommunity.church/.
Published by The Star-Herald on Sep. 24, 2021.
To plant trees in memory, please visit the Sympathy Store.
MEMORIAL EVENTS
Sep
25
Funeral service
10:00a.m.
Tower Community Church
1800 S. Tower Road, Aurora, CO
MAKE A DONATION
MEMORIES & CONDOLENCES
1 Entry
Sorry to read of Jack's passing I always sat behind him if we were in the same class. Please except my condolences.
Duane Baggs
School
September 24, 2021
Showing 1 - 1 of 1 results