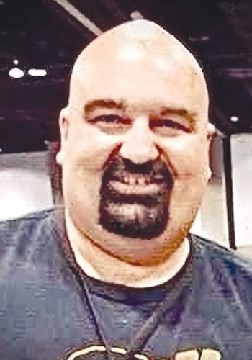 BORN
1972
DIED
2021
FUNERAL HOME
Dugan-Kramer Funeral Chapel
3201 Avenue B
Scottsbluff, NE
Shawn T. Venable September 14, 2021 Shawn T. Venable, 49, of Scottsbluff, passed away on September 14, 2021. At his request, cremation has taken place and a Memorial Service will be held at 10 AM on Tuesday, September 21, 2021 at Dugan Kramer Funeral Chapel in Scottsbluff with Pete Morgan officiating. Memorials may be given to the family for a designation at a later time. Online condolences may be left at www.dugankramer.com Shawn Thomas Venable was born September 6, 1972 in Sidney, Nebraska to Thomas and Kathleen (Deaver) Venable. He attended elementary school in Sidney and moved to Mitchell High School his seventh grade year where he graduated in 1991. He went to Northeast Community College and Central Community College where he studied Broadcasting and was known as Terrible Tommy V on the college radio stations. Shawn made his home in Mitchell for many years and finally settled in Scottsbluff in 2006. Shawn had a variety of interests. He loved motorcycles and greatly enjoyed his numerous trips to Sturgis. Comic books and Comic Con were one of his greatest enjoyments. Shawn also had a passion for reading and would love to go to the lake to fish and lay in his hammock and read. He was an active member of the Scottsbluff Jaycees. Shawn loved his family and took pride in his nieces and nephews. He strived to always give the perfect gift. Shawn had various jobs over the years and is known for his amazing ability to sell anything. Shawn is survived by his parents: Tom and Kathy Venable, his brothers: Bryan (Crystal) Venable, and Steve (Day) Venable, his nieces and nephews: Knighten Venable, Dayja (Michael) Alfaro, and Shyann Venable, and Emma, Jorden, Lukas, Hadlee, and Levi Venable, great nephews: MJ and Julius Alfaro, numerous aunts, uncles, cousins, and friends. He was preceded in death by his grandparents and uncle.
Published by The Star-Herald on Sep. 19, 2021.
To plant trees in memory, please visit the Sympathy Store.
MEMORIAL EVENTS
Sep
21
Memorial service
10:00a.m.
Dugan-Kramer Funeral Chapel
3201 Avenue B, Scottsbluff, NE
Funeral services provided by:
Dugan-Kramer Funeral Chapel
MAKE A DONATION
MEMORIES & CONDOLENCES
Sponsored by Dugan-Kramer Funeral Chapel.
1 Entry
Steve and family, So very sorry to hear of your brother passing. Please know you are in our thoughts and prayers.
George and Lisa Hernandez
Work
September 28, 2021
Showing 1 - 1 of 1 results