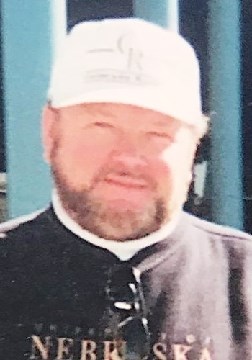 Steven Alroy Hergenrader November 10, 2020 Steven Alroy Hergenrader went home to his Heavenly Father on November 10th, 2020, at the age of 69. Steve was born in Scotts-bluff, NE, to Henry and Frieda Hergen-rader on October 13th, 1951. Steve spent his childhood growing up on the family farm just east of Gering. Outside of normal farm operations there, Steve spent a tremendous amount of time hunting and fishing down on the river property. After graduation from Gering High School, Steve became interested in the residential and commercial electrical business. Following his attendance at a Sidney Nebraska technical school, and time spent with local electrical contractors, Steve moved on to form his own electrical business. Steve ran his business until his retirement in 2007. Steve was a wonderful, gentle, loving man, and a warrior right up to his departure from this world. Steve always worked hard to provide for his two boys, Chad and Scott. As busy as he was with work, he always found time to make it to their basketball games. Steve introduced the two boys to his passion for the outdoors, and many memories were made, and are made as a result. Steve also loved to play golf in his free time as well as participate in a bowling league with his friends. Steve was forever a Cornhusker football fan, and loved his gameday Saturdays. Steve enjoyed watching Denver Bronco football with his wife Linda as well. Steve married his long-time sweetheart on August 26, 2019. During their relationship, Linda and Steve enjoyed their time together greatly. They could always be found at the golf course or watching a football game. Linda herself is a warrior, as her time with Steve was challenging due to illness. Linda never left his side. Steve was surrounded in his home by pictures of the ones that meant the most to him. Pictures of his grandchildren that included Chace, Mya, Brinley, Austin and Ella, were not far from his side. Steve was proud of his grandkids. Steve will constantly be missed by his family and so many people that called him friend. We know he is in a better place and is once again fishing with his dad. 2 Corinthians 5:7 "I will walk by faith even when I cannot see." Steve is preceded in death by his father and mother, Henry and Frieda Hergenrader, and grandparents Alec and Eva Wasmiller. Steve is survived by his wife Linda Hergenrader (Parks). His son Chad Hergenrader, wife Tonya and three children. His son Scott Hergenrader, wife Julie and two children. His brother Ron Hergenrader and wife Bonnie. His brother Kenny Hergenrader and wife Gaylene. A Memorial Service will be held at 2 PM on Saturday, November 14, 2020 at Dugan Kramer Funeral Home in Scottsbluff with Pastor Marty Rostad officiating. We kindly ask that masks are worn to protect anyone that may be compromised. Thank you. The service will be lifestreamed via the Dugan Kramer Funeral Home & Crematory face- book page. Any gatherings after the service are still being worked out. Online condolences may be left at www.dugankramer.com. Memorials may be given in care of the family for a designation at a later date and sent to 180123 Fort Mitchell Drive, Mitchell, NE 69357.
To plant trees in memory, please visit our Sympathy Store.
Published by The Star-Herald on Nov. 12, 2020.
MEMORIAL EVENTS
Nov
14
Service
2:00p.m.
lifestreamed
via the Dugan Kramer Funeral Home & Crematory face- book page
Nov
14
Memorial service
2:00p.m.
Dugan Kramer Funeral Home
, Scottsbluff, Nebraska
GUEST BOOK
2 Entries
Please accept our deepest sympathies. I apprenticed under Steve just before he went out in his own. He was a great teacher and he set a great example for me to follow. He was calm cool, smart, well organized and kind. I´m glad I had the chance to see and learn from the great example that he set. His legacy lives.
Chris Overman
November 15, 2020
My Deepest Sympathy! He always had a smile for everyone!
Judy Greene
November 14, 2020