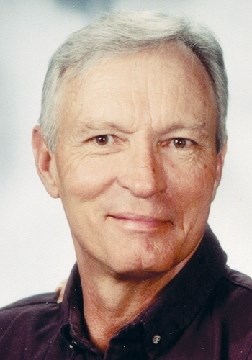 BORN
1946
DIED
2021
FUNERAL HOME
Dugan-Kramer Funeral Chapel
3201 Avenue B
Scottsbluff, NE
Terry L Greeley September 17, 2021 Terry L Greeley, age 75, of Gering, Nebraska passed away on Friday, September 17, 2021 at Regional West Medical Center. Terry was born May 14, 1946 to Floyd and Margaret Greeley in Imperial, NE. He grew up in Hamlet, NE, and graduated from Wauneta High School, in 1964. He worked for the Hayes County for the two years prior to marrying Gwenn Main in June of 1966. He joined the Nebraska State Patrol in 1968, having graduated from the Nebraska State Patrol Training Camp. They later made their home in Gering. He retired from the State Patrol in 1996. After retirement, he worked for Hastion Oil and Westco, retiring again in 2014. Terry enjoyed hunting every year with his friends and family and loved horseback riding. He and Gwenn are long time attendants of Calvary Memorial Church. He was deeply cherished by his family and will be missed. Survivors include his wife, Gwenn; children, Cory (Stephanie) Greeley and Cody (Lori) Greeley; brother, Gary (Dawanna) Greeley; sister, Sheila (Jim) Knudsen; grandchildren, Jackson Greeley, Maxwell Greeley, Luke Greeley, Hudson Greeley, Jordan Greeley, Taryn Greeley, Erich Knaub, and Alyssa Greeley; three great- grandchildren; and numerous nieces and nephews. Preceded in death by his parents; sister, Patty; brother, Jim; sister-in-law, Mary; brother-in- law, Ken Houghtelling; and two nieces, several aunts, uncles, and cousins. Fond memories and expressions of sympathy may be shared at www.dugankramer.com for the Greeley family. Memorials may be made to Calvary Memorial Church in Gering. A memorial service will be held at a later date.
Published by The Star-Herald on Sep. 21, 2021.
To plant trees in memory, please visit the Sympathy Store.
MEMORIAL EVENTS
To offer your sympathy during this difficult time, you can now have memorial trees planted in a National Forest in memory of your loved one.
Funeral services provided by:
Dugan-Kramer Funeral Chapel
MAKE A DONATION
MEMORIES & CONDOLENCES
Sponsored by Dugan-Kramer Funeral Chapel.
6 Entries
Gwen and family, Terry was a wonderful friend to my dad, Vern Johnson. They worked together for many years. Their stories were part of my family history up to dads death in 2017. I have very fond memories of them laughing and teasing each other and talking for hours. We will certainly miss him and appreciate him for all those moments that he lifted dad in the last few months.
Valerie Johnson Bailie
Friend
September 27, 2021
Cory, Cody and family, So sorry to hear of your fathers passing. Losing a parent is life changing. Please know you are in our thoughts and prayers.
George and Lisa Hernandez
Friend
September 26, 2021
Gwen and family, Sorry to hear about Terry or Catfish as we sometimes called him. My thoughts and prayers with you all.
Bob Brower
Friend
September 25, 2021
Gwenn, I am so sorry to hear of Terry´s passing. You are in my prayers.
Mary Rice
September 23, 2021
Gwen and family, Stan and I send our condolences to you on the loss of your patriarch. Terry always had a smile and a wave except once when traveling between Kimball and Gering. Our thoughts and prayers as you navigate your great loss. Jeanie and Stan Kramer
Jeanie Marshall Kramer
Friend
September 21, 2021
So sorry to hear of Terry's passing. May our Lord be a great comfort to you Gwenn and your family. Love to you and God's blessings - Linda
Linda Nelson
September 21, 2021
Showing 1 - 6 of 6 results