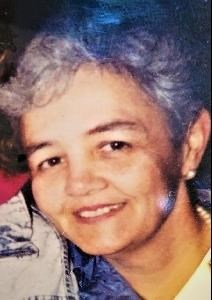 FUNERAL HOME
M. John Scanlan Funeral Home - Pompton Plains
781 Newark Pompton Turnpike
Pompton Plains, NJ
Kinnelon resident, swam in Fayson Lakes and took her grandchildren fishing in Canada, 'up for any adventure,' 83 Doris King, 83, of Kinnelon, passed away Nov. 27, 2021. Doris was born and raised in Paterson NJ. In 1963, Doris met the love of her life, Carl. Shortly after getting married, they had their daughter Robin. The family moved to Kinnelon and settled a life there. Doris worked for Prudential Life for almost 40 years. After that she went to work at Chilton Medical Hospital. She was a parishioner and Choir Member of Our Lady of the Magnificat in Kinnelon. Doris was the type of person that would be up for any adventure. She liked to have a routine, but she was easily persuaded to go out and hang out with family or friends. She was a social woman and appreciated the atmosphere of being out exploring. Doris was adventurous when it came to nature. She taught children to swim at Fayson Lakes, but she especially enjoyed swimming it herself as well. She took up cross country skiing in her later years. She would explore the trails all over Morris County and West Milford. Doris' life was her family, she always wanted to be a grandmother. She treasured the memories of taking her grandchildren fishing in Canada or even teaching them how to cook. She made the best scrambled eggs which her family can now pass down her secret recipes. She would take the family to Ohio to visit other aunts, uncles, cousins. Before the passing of her sister Barbara, she especially was grateful she could spend as much time as she could with her. Doris kept her family close to her heart especially her grandchildren and great grandchildren which she was always blessed to have. Doris is no longer suffering but she had a long battle of Alzheimer's which she was blessed to have her family, especially her devoted husband Carl, taking care and watching over her the last couple years. Doris is survived by her husband Carl; her daughter Robin Moore and her husband Donald; her niece and nephew Janice and Jim; her wonderful grandchildren Chris, (his wife Ali); Brandon, and her beloved great grandchildren Braxton and Brooks. Doris is predeceased by her sister Barbara, her brother Russell and both her parents. Services will be held at a later date. Arrangements by M. John Scanlan Funeral Home, Pompton Plains. M. John Scanlan Funeral Home 781 Newark Pompton Turnpike Pompton Plains, NJ 07444 973-831-1300
Published by The Star-Ledger from Dec. 4 to Dec. 5, 2021.
MEMORIAL EVENTS
To offer your sympathy during this difficult time, you can now have memorial trees planted in a National Forest in memory of your loved one.
Funeral services provided by:
M. John Scanlan Funeral Home - Pompton Plains
MAKE A DONATION
MEMORIES & CONDOLENCES
Sponsored by The Family.
1 Entry
Doris and I enjoyed singing, 1:1 conversations, watching TV and having a laugh. Loved her.
Linda Yates
Friend
December 5, 2021
Showing 1 - 1 of 1 results