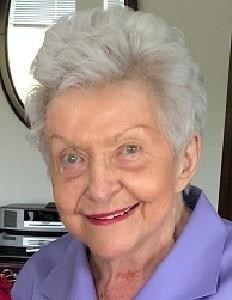 BORN
1928
DIED
2021
FUNERAL HOME
Simkins Funeral Home
6251 Dempster Street
Morton Grove, IL
Lillian Yannell of Evanston, IL, formerly of Tewksbury, NJ passed away September 8th at the age of 93. Born July 29, 1928, she grew up in Brooklyn, NY, graduated Erasmus High School, obtained her RN from The Brooklyn College of Nursing, and earned her BSN and master's degree in education from Columbia University. She was a First Lieutenant in the Air Force Nursing Corps during the Korean War and served in the reserves afterward. She taught obstetrics at the Somerset Hospital School of Nursing and became an assistant professor at Raritan Valley Community College, teaching maternal and child nursing. She was one of the first nurses to serve on the Board of Trustees for Hunterdon Medical Center. She was an avid golfer, world traveler, and bronze life master in the American Contract Bridge League. Lillian was the widow of Col. Michael P Yannell and is survived by her son, Michael of Chicago, IL, her sister Gertrude of Monroe, NC, as well as a cousin George, nephew Edward, and nieces Kathy and Elizabeth. A private funeral service will be held in Charlotte, NC September 27th. In lieu of flowers, memorial donations may be made to The Chicago Lighthouse, Seniors Program at chicagolighthouse.org. Sign online guest book at www.simkinsfh.com. (847) 965-2500
Published by The Star-Ledger from Sep. 16 to Sep. 19, 2021.
MEMORIAL EVENTS
To offer your sympathy during this difficult time, you can now have memorial trees planted in a National Forest in memory of your loved one.
Funeral services provided by:
Simkins Funeral Home
MAKE A DONATION
MEMORIES & CONDOLENCES
Sponsored by The Family.
1 Entry
Offering our deepest condolences during this difficult time.
Simkins Funeral Home
September 16, 2021
Showing 1 - 1 of 1 results