BORN
1933
DIED
2018
FUNERAL HOME
S.W. Brown & Son Funeral Home, Inc.
267 Centre Street
Nutley, NJ
Marlene VerPlanck One of the best-known interpreters of the American Popular Songbook; Nov. 11, 1933 - Jan. 14, 2018 Marlene VerPlanck died Sunday, Jan. 14, 2018, at Memorial Sloan-Kettering Hospital after a brief illness. Relatives and friends will be received at the S.W. Brown & Son Funeral Home, www.swbrownandson.com, 267 Centre St., Nutley, N.J., on Friday, Jan. 19, from 10 a.m. to 12 noon. A funeral service will also be conducted at the funeral home on Friday at 12 noon, followed by burial at Mount Olivet Cemetery in Bloomfield, N.J. A memorial celebration will be held at William Paterson University later this year. Marlene's final performances were on Dec. 12 and Dec. 13 at the Greenwich Village Jazz Club, Mezzrow. In a 1980 review in the New York Times, John S. Wilson suggested that Marlene VerPlanck "may be the most accomplished interpreter of popular material performing today." It was after an appearance in London, at Ronnie Scott's in March 2017, that a reviewer for Jazz Journal International called her "the finest Canary in captivity." Her most recent recording, "The Mood I'm In," was ranked as one of the best releases of 2016 in the jazz magazine, DownBeat. Born in Newark, N.J., on Nov. 11, 1933, as Marlene Pampinella, she was first heard by many when she sang the words "Mm-m-m Good, Mm-m-m Good. That's what Campbell's Soups are - mm-m-m good." With her clear voice, sight-reading ability and perfect pitch, Marlene was one of the most successful of the "jingle singers" of the 1960s and '70s. Hers was the voice of "Winstons Taste Good (like a cigarette should)," of Amtrak, of Michelob Beer, of Singer sewing machines, and "I Love New York." As Marlene Paula, she started her career singing in clubs around Newark in the early 1950s. That led to a job on the road with the Big Band led by trumpeter Charlie Spivak, and, for a time in 1956, with Tommy Dorsey. Later that year, she married Dorsey trombonist Billy VerPlanck, who became the arranger of most of the material that she would perform in concerts, clubs and many dozens of recordings over the next 60 years. Inseparable as a couple, musical and otherwise, they were married until his death in 2010. During one of her performances at a club in New Jersey, Billy VerPlanck, with tears of affection in his eyes, was heard to say "She's my favorite act, man." Marlene VerPlanck lived in Clifton, N.J. She is survived by her sister, Barbara Marshall of Parsippany, N.J.; Phil Pampinella of Clifton; nieces, Janus Strazza and Kristin Depee; nephews, Paul Pampinella and Steven Strazza, and many fans around the world. In lieu of flowers, donations to the J. "Billy" VerPlanck Scholarship Fund at William Paterson University would be appreciated.
Published by The Star-Ledger on Jan. 18, 2018.
MEMORIAL EVENTS
Jan
19
Visitation
10:00a.m. - 12:00p.m.
S.W. Brown & Son Funeral Home
267 Centre St., Nutley, NJ
Jan
19
Funeral service
12:00p.m.
S.W. Brown & Son Funeral Home
267 Centre St., Nutley, NJ
Jan
19
Burial
Mount Olivet Cemetery
Bloomfield, NJ
Funeral services provided by:
S.W. Brown & Son Funeral Home, Inc.
MAKE A DONATION
MEMORIES & CONDOLENCES
Sponsored by The Family.
18 Entries
Marlene was always there for me singing great on my recording sessions, and being a most caring friend, she and Billy... Forever Fields
Forever Fields
January 12, 2020
Marlene. I've had the empty space of your leaving,
filled by the countless great experiences you and I,
& Billy had together over so many years of recording, and making great music together.

Even when I had you performing with me on the biggest stage, your brilliance was always up to it.
Not even to mention our staying linked on a
50+ year friendship with great sharings at your home till the very time you left us.

Forever/Sammy Fields
January 24, 2019
I had the privilege to meet Marlene in Concord Ma when she sang for us in the Concord Orchestra. What a joy to hear her voice singing my favorite jazz songs to the Bossa Nova rhythm so perfectly. Her velvety voice soothed us musicians and audiences alike. I always hear her voice now whenever I play those jazz tunes.Thank you Marlene.
Sharon Lamprecht
January 24, 2018
Moira Tiefenbacher
January 24, 2018
My late wife and I were big fans and good friends with Marlene and Billy. I will miss her very much. God bless you Marlene and your music and voice is Immortal! - Richard Pearson
Richard Pearson
January 19, 2018
Thank you Marlene, for your legacy and contributions to the music world. Although I am not "in" the industry, I am a great supporter of music of all genres. I was blessed and honored to have met you, and to have seen you several times in concert. I can only imagine the angels backing you up as you sing with your brilliant voice in heaven.
Bruce Balbach
Acquaintance
January 19, 2018
Marlene was always the wonderful person, in spite of her great success . Fame did not change her. I met her several times during the years and she was always glad to see me. She was always happy to see us at her performances. She always remembered that she and I were in a grammar school play together.
Dolores Melchione-Laib
January 19, 2018
Marlene and I finally set a date for her to perform at one of my jazz picnics this past September after many tries to fit it into her busy schedule. She sang in my backyard with backing by Russ Kassoff and Boots Moleson. Little did we know it would be one of her last outings. Having known Billy and Marlene for decades and owning every 78, LP ,and CD, I feel a great loss. We often hung out together at jazz festivals and the like. Billy would be very emotional when she sang and grab my hand or others if she did a new practiced twist on an old favorite. Marlene made friends everywhere and probably never caused an enemy. A great loss to our jazz musical community!!
DeWitt Peterson
January 18, 2018
Marlene I'll always love you and all your talent and caring. You and Billy were one of the greatest mainstays of my life. Love Forever. Sammy Forever Fields
[email protected]
January 18, 2018
After talking about it for several , Marlene and i finally set a date in September 2017 for her to sing at one of my jazz picnics. Her tight schedule kept this being delayed. She came here with Russ Kassoff and Boots Moleson and everyone had a GREAT time. Little did we know it would be one of her final "gigs." Marlene and Billy often hung out with me at jazz festivals and other events. Both were among the finest people I have ever known. Wherever she went she made friends. I doubt if she ever made an enemy. I still play her CDs and LPs frequently. I will long remember our friendship. what a great loss to our musical community !
DeWitt PETERSON
January 18, 2018 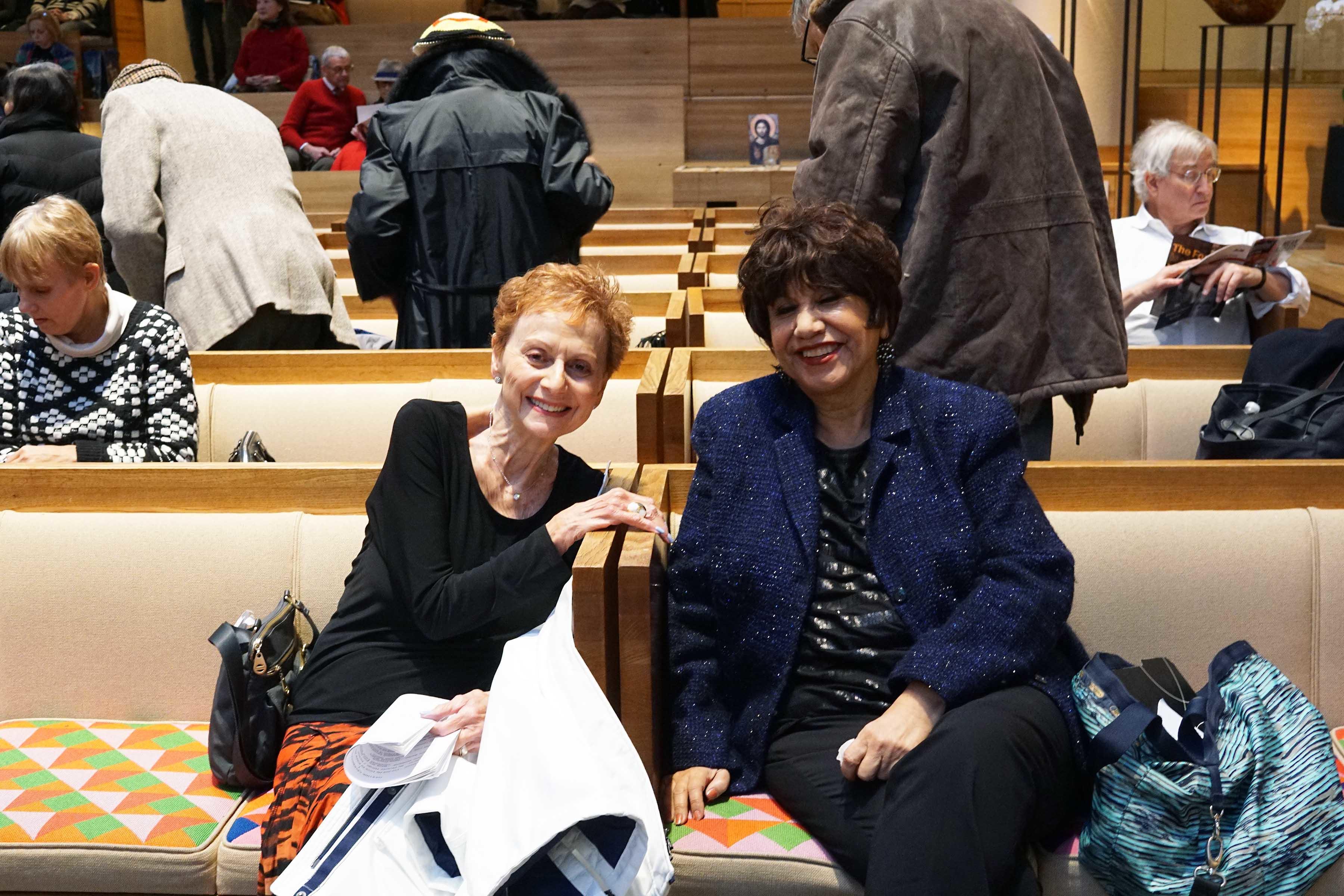 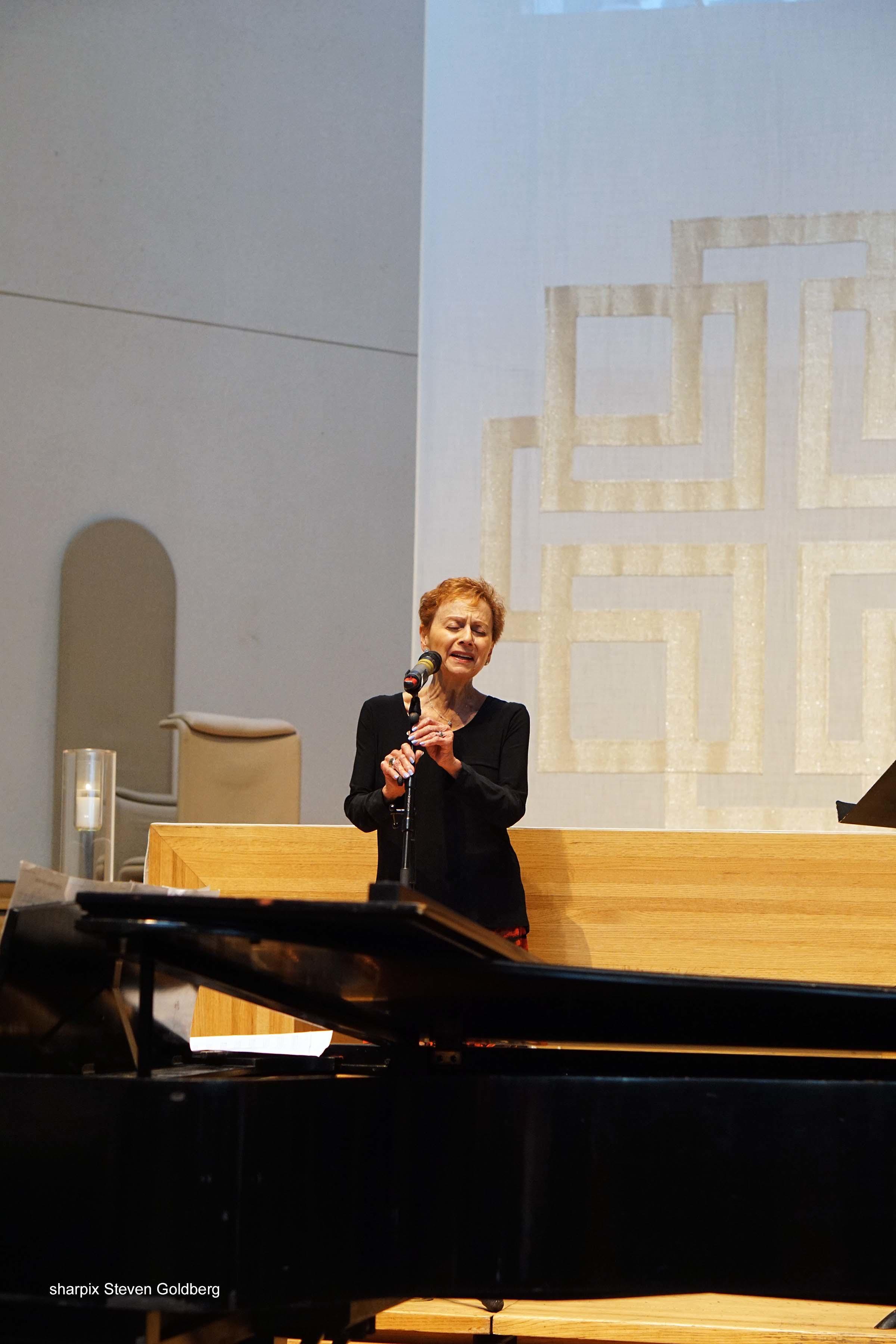 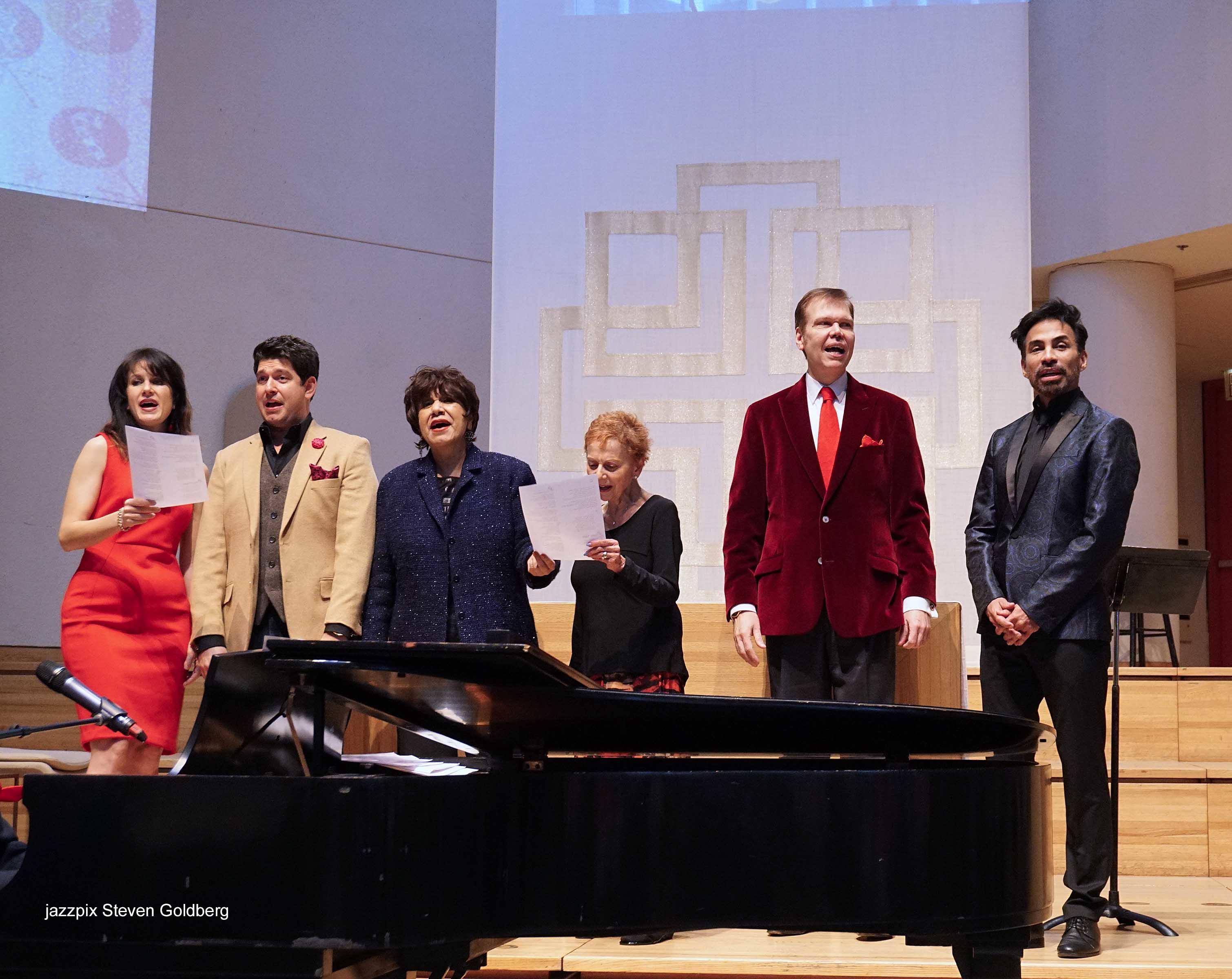 Steven Goldberg
January 18, 2018
The Lucy Robbins Welles Library in Newington,CT was privileged to a have her perform a few years ago. She was outstanding and was very well received. As a Board of Truster member, I was honored that I got to meet her and enjoy her performance, Iris and Bob Larsson
January 18, 2018 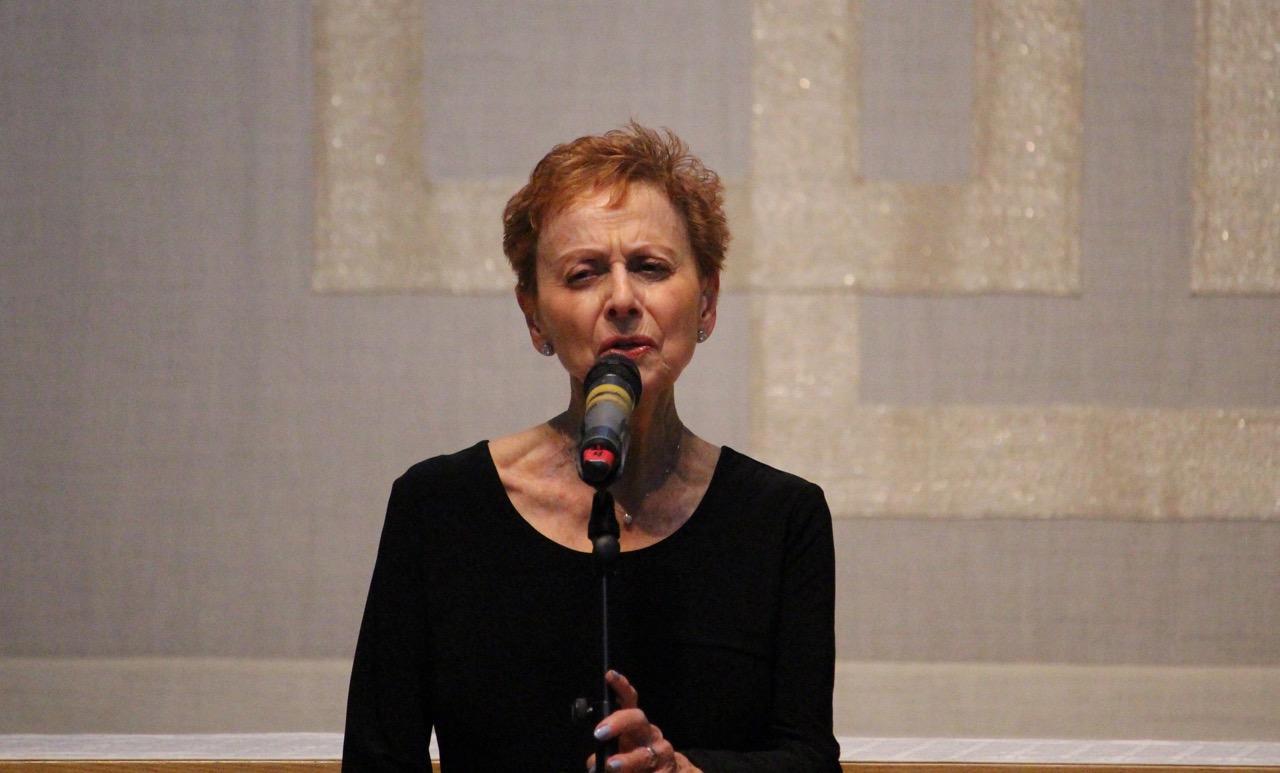 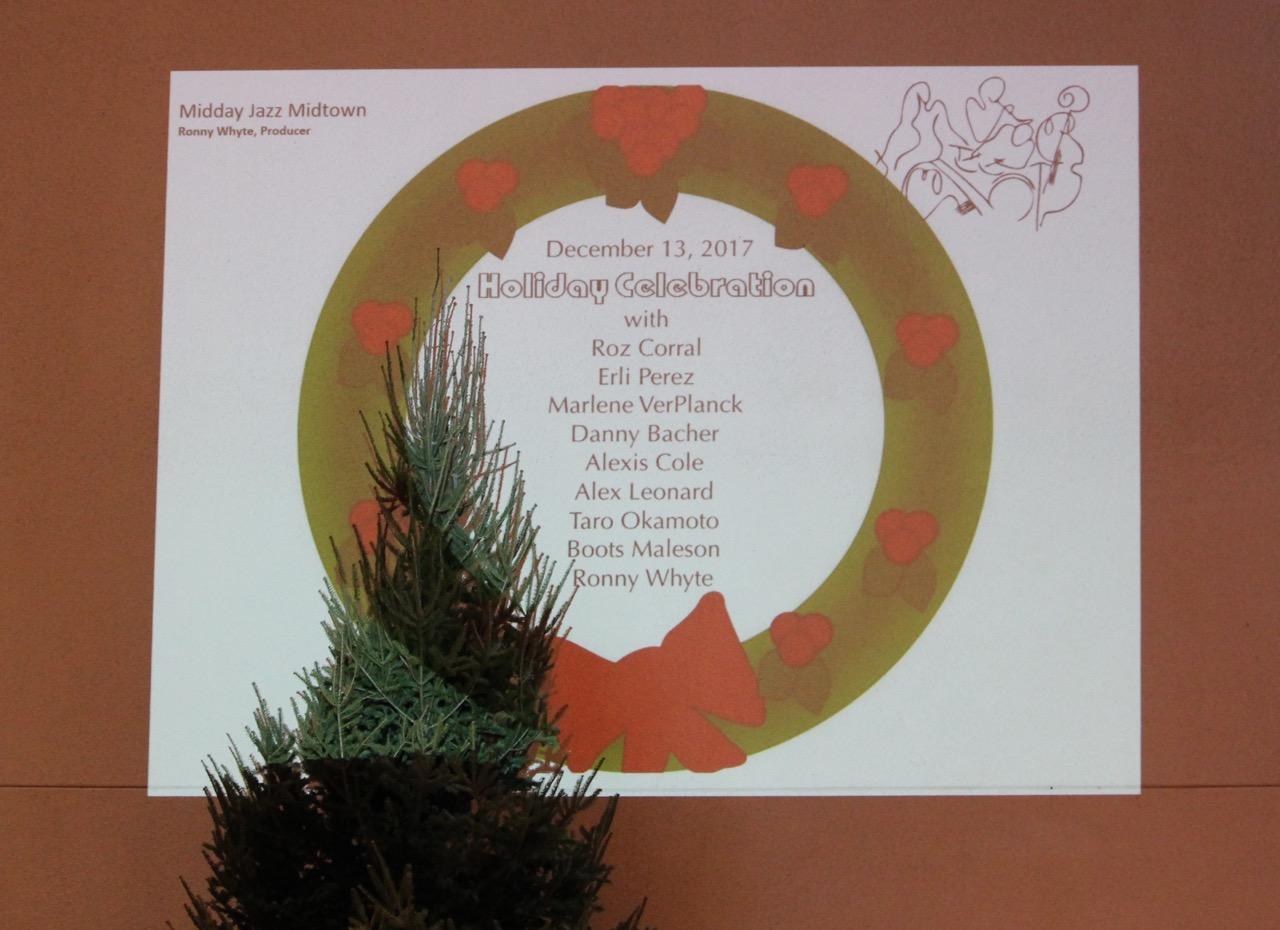 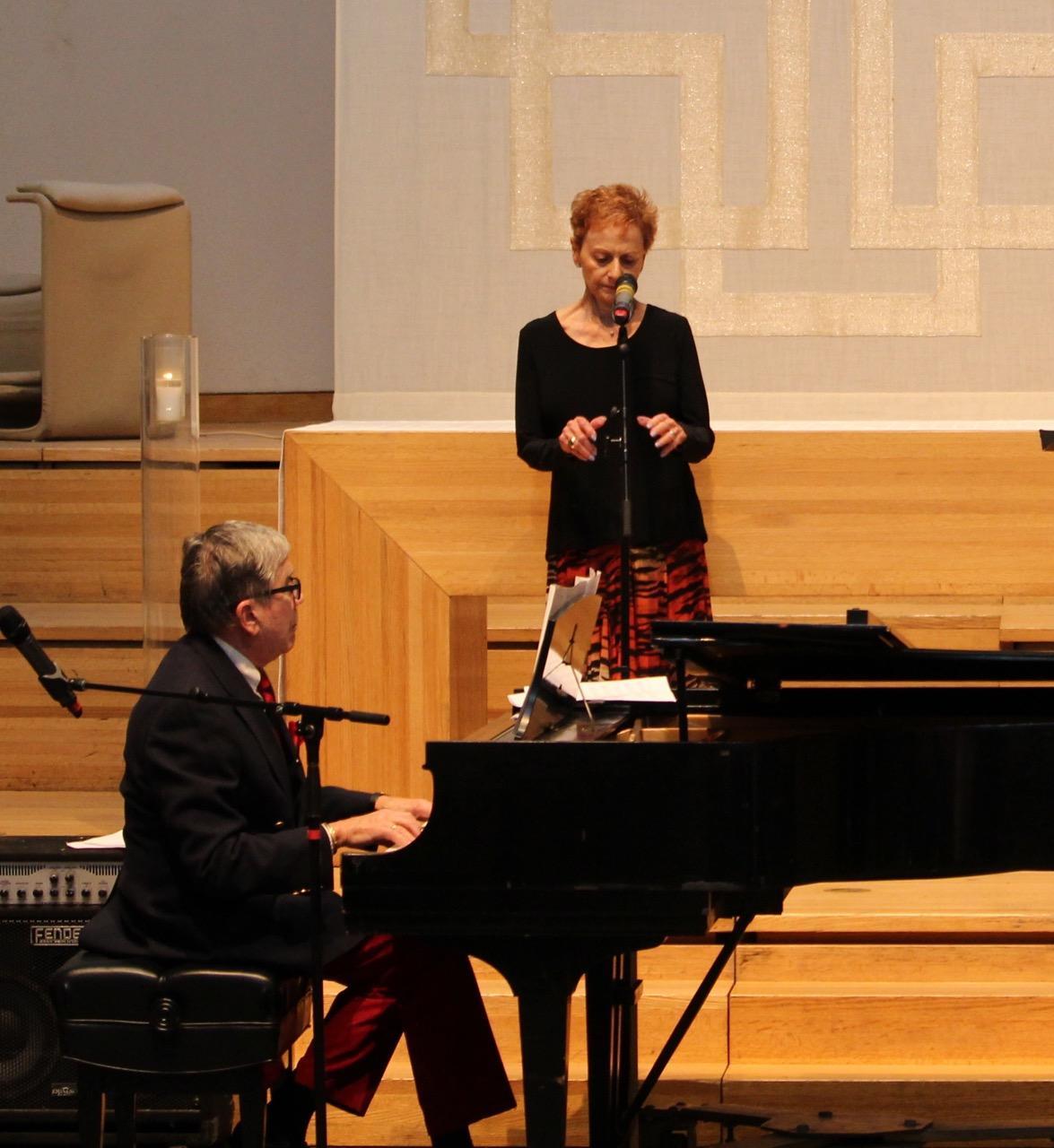