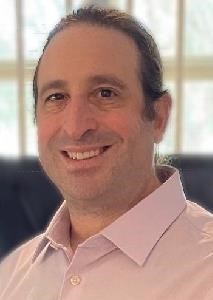 BORN
1974
DIED
2021
Endodontist, devoted husband & father, former Jerseyan, 47 Michael Angelo Pallante, Jr.-beloved husband, father, son, brother, uncle, nephew, cousin, and friend-passed away on September 20, 2021 in Austin, TX. His 47 years on earth were filled with life and full of love. Born to Patricia Pallante and Michael Pallante, Sr. on July 1, 1974 in Belleville, NJ, Mike grew up in West Caldwell, NJ alongside his sister Adina. He achieved great success in the classroom as a student and on the football field, graduating from James Caldwell High School in 1992 after leading the Chiefs to an undefeated season as an all-state halfback. From the late 1990s through the early 2000s, he graduated from the University of Pennsylvania, completed a fellowship conducting research on oral cancer at the National Institutes of Health, graduated from the University of Medicine and Dentistry of New Jersey with a Doctor of Dental Medicine degree, and completed a master's degree in oral biology during his endodontic residency at Temple University. Mike established is own practice (West Essex Endodontics) in New Jersey before relocating to Austin, TX, where he owned Parkside Dental Specialty. He found great purpose in his endodontics career, frequently calming patients by telling them that they came to him so he could end their pain and proudly claiming that his practice turned no one away. As much as he took pride in his accomplishments and enjoyed his career, Mike's life centered around his true calling as a husband and father. After dental school, he reconnected with Megan Cavanagh, the friend of his sister, and married her in 2005. They were life partners in every possible sense. Wherever one was, the other was always close by. They welcomed their first daughter, Olivia, in 2007 and their second, Kathryn, in 2009, and he lived every day for them. Incredibly curious and remarkably passionate, Mikey's life was filled with interests and activities that brought him great joy-from his favorite rock singers and bands to fantasy novels, raunchy comedy movies, intense television shows, the New York Yankees, and cooking for large groups of people. When Mike made gravy, it was only in quantities to feed dozens. His enthusiasm was truly infectious. Mike Pallante-affectionately known as Mikey-is survived by his wife and daughters, who reside in Austin, TX; his mother Patty Pallante of Delray Beach, FL and formerly West Caldwell, NJ; his father Mike Pallante and his wife Beatrice (Cookie) of Fort Myers, FL and formerly West Caldwell, NJ; his sister Adina Pallante and her fiance Gregory Steussing of Port Orange, FL; his mother in law and father in law, five sisters and brothers in law, and six nieces and nephews living in New Jersey, Texas, and Virginia; and numerous aunts, uncles, and cousins in various states and countries. He was predeceased by his maternal grandparents Adele and Bruno Barillari and paternal grandparents Angelina and Joseph Pallante. He will be missed. Forever.
Published by The Star-Ledger from Sep. 25 to Sep. 26, 2021.
MEMORIAL EVENTS
To offer your sympathy during this difficult time, you can now have memorial trees planted in a National Forest in memory of your loved one.
MAKE A DONATION
MEMORIES & CONDOLENCES
Sponsored by The Family.
3 Entries
Mikey has joined my Jonathan in heaven and may God keep them safe and loved forever. We will always love them. Bless you all.
Mary Goglia-Vitaletti
Friend
October 10, 2021
I prayer for the family. Dr. Pallante was an amazing Doctor.
Tamicha Williams
Work
October 5, 2021
Pallante family and Megan and the girls, my heart breaks for you all. Mikey will forever be remembered by me as a good friend , a kind man and the most amazing balance of any running back I ever played with. He will be sorely missed. Scott Dancy
Scott Dancy
September 25, 2021
Showing 1 - 3 of 3 results