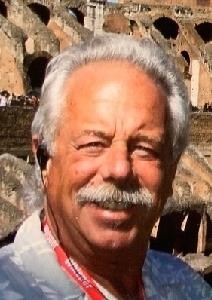 BORN
1948
DIED
2021
FUNERAL HOME
A Life Tribute Funeral Care Largo Chapel
716 Seminole Boulevard
Largo, FL
UPCOMING SERVICE
Funeral Mass
Sep, 25 2021
10:00a.m.
St. Margaret's in Morristown
Send Flowers
Robert Anthony Cutter, known to many as BC, age 72, passed peacefully at his home in Dunedin, FL. He was with his beloved wife Susan and their dog Roman. A native of Morristown, NJ, he graduated from the University of Southern Illinois as a Civil Engineer. He worked for Keller and Kirkpatrick Inc engineering firm. But with his big personality and love for life he switched to local government, becoming Jefferson Township Administrator in 1989. Later, he became the administrator for the town of Clinton, NJ where he was responsible for many various programs including recycling, the Clean Water Act, and restoring a historic building from 1743. Bob and his wife Susan travelled all over the world, especially Italy, his native origin, which brought him great joy. He also enjoyed games of chance and horse racing. He made friends wherever he went and had many. He retired to beautiful Dunedin, FL, on the Gulf of Mexico, with his wife and dog in 2019. He spent his last 2 years with his wife and loving mother in law, Betty Ferraro, as they were best friends. He is survived by his wife of 36 years, Susan Cutter, and son Anthony, daughter Alissa, and dog Roman. A mass will be held at St. Margaret's in Morristown, NJ, on Saturday, September 25th at 10:00 AM, followed by a Celebration of Life at Charlotte's Web Restaurant in Dover, NJ, at 11:30 AM. In lieu of flowers, kindly make a donation in Bob's honor at water.org.
Published by The Star-Ledger from Sep. 11 to Sep. 12, 2021.
To plant trees in memory, please visit our Sympathy Store.
MEMORIAL EVENTS
Sep
11
Celebration of Life
11:30a.m.
Charlotte's Web Restaurant
Dover, FL
Sep
25
Funeral Mass
10:00a.m.
St. Margaret's in Morristown
FL
Funeral services provided by:
A Life Tribute Funeral Care Largo Chapel
MAKE A DONATION
MEMORIES & CONDOLENCES
Sponsored by The Family.
4 Entries
Susan, Anthony, and Alyssa, We're so sorry for your loss. We have so many great Lake Forest and Y memories with all of you. May your memories bring a smile to your face and joy to your heart during these difficult days.
Carolyn and Steve Sior
September 16, 2021
So sorry to hear this news, so much respect for Bob throughout the years. Prayers for Susan and family.
Richard Yocum
Work
September 14, 2021
Dear Susan and children, Please accept my deepest condolences on Bob's passing. He was a great friend and colleague for many years. May his memory always be a blessing. Sincerely, Fred Knapp
Fredric Knapp
Work
September 13, 2021
No one can prepare you for a loss; it comes like a swift wind. However, take comfort in knowing God is with you and your family lean on him in your time of need. Please accept my most heartfelt condolences.
Simone Taylor
September 5, 2021
Showing 1 - 4 of 4 results