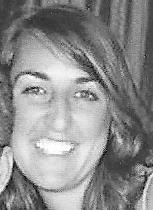 FUNERAL HOME
McLaughlin Funeral Home
625 Pavonia Avenue
Jersey City, NJ
Sara Booth Editor and rising star in the film industry, had award-winning films shown at the Sundance Film Festival Sara Booth of San Francisco, Calif., formerly of Jersey City, N.J., passed away at her home on May 20, 2017, surrounded by her loving family and friends, after a courageous battle with cancer. She was 38 years of age. Visitation will be held at McLaughlin Funeral Home on Tuesday, May 30, and Wednesday, May 31, from 4 to 9 p.m. Family and friends are asked to assemble at the funeral home on Thursday morning at 10 a.m. A Mass of Christian Burial will be celebrated at St. Aloysius Church in Jersey City at 11 a.m. Burial will take place on Friday, June 2, in Brewster Cemetery, Brewster, Mass. Sara attended Our Lady of Victories Grammar School in Jersey City and the Hudson School in Hoboken, N.J. She graduated from St. Ann High School in Brooklyn Heights, N.Y., in 1997. She received her B.A. from the University of Michigan in 2001 and her M.A. in fine arts from The City University of New York in 2004. Sara taught film editing for four years before joining the marketing firm of DeSantis Briendel in New York, where she worked as a film editor. Sara, who was considered a rising star in the film industry, moved to San Francisco three years ago to further her career as an independent documentary film editor. Several of her award-winning films were presented at film festivals and shown throughout North America and Europe, including the prestigious Sundance Film Festival. Sara is survived by her devoted parents, Joyce (nee Calefati) and Alex Booth, and her loving brother, Andrew; her maternal grandmother, Lucy Calefati, as well as aunts, uncles, and cousins.
To plant trees in memory, please visit our Sympathy Store.
Published by The Star-Ledger on May 29, 2017.
MEMORIAL EVENTS
May
31
Visitation
4:00p.m. - 9:00p.m.
McLaughlin Funeral Home
625 Pavonia Avenue , Jersey City, NJ
Jun
1
Funeral
10:00a.m.
McLaughlin Funeral Home
625 Pavonia Avenue , Jersey City, NJ
Jun
1
Mass of Christian Burial
11:00a.m.
St. Aloysius Church
, Jersey City, NJ
Jun
2
Burial
Brewster Cemetery
, Brewster, MA
Funeral services provided by:
McLaughlin Funeral Home
MAKE A DONATION
MEMORIES & CONDOLENCES
Sponsored by The Family.
10 Entries
I often remember the road trip to Cape Cod. Staying up late in the cabins and having such a great time ! I often pass both your apartments in Brooklyn thinking of the wonderful dinner parties and just great company. I love and miss you friend !!!
Tony DAVILA
Friend
May 23, 2020
I will always remember how Sara made others feel full of life! She was always kind and loving to me no matter what my situation was. Sara you will forever be in my heart. Til we meet again someday. I love you.
Tony Davila
June 4, 2017
Joyce, Alex & Andrew,

Sending you love and light during this extremely difficult time. I will always remember Sara's joy and passion for life.

I knew what it's like to lose a child and the grief that it brings. We will keep both you and Sara in our prayers. Your faith will help get you through this and time will soften the pain of your loss.
God Bless
Joseph Cleary
May 30, 2017
I remember Sara as a happy and adventurous kid growing into a strong, honest and independent woman.

This world will miss her, as will I.

Nick Micucci
May 30, 2017
I am so sorry to learn about beautiful and talented Sara. May she rest in peace for all eternity and my God always watch over Sara and her family. I offer my love, prayers, condolences and wishes of peace to Joyce, Alex and Andrew, and the extended family who so deeply loved Sara. I will always remember Sara, such a special young lady, and keep her in my heart.
Nora Kallen
May 29, 2017
t Freeman
May 29, 2017
Al,

While I got to meet and sit next to your remarkable son Andrew at last Fall's Hall of Fame dinner, I'm truly disappointed that I had not gotten the opportunity to know your truly amazing daughter Sara.

Rita and I will be away this week, but please know that we both will be keeping all of you in our prayers!

Gene and Rita Boyle
Gene Boyle
May 29, 2017
I wanted to send my condolences to your family may the God of all comfort, comfort you through the difficult times.
Thomas Family
May 29, 2017
I was so sorry to learn of Sara's passing. My sincerest condolences to all of you as you accept this loss and continue your lives after this time of sorrow.
Sarah was an extremely talented young woman who will be an inspiration to all who knew her and the lives she touched.
May Sara forever rest peacefully in God's embrace.
I am so sorry for your loss.
john elefthrow
May 29, 2017
Showing 1 - 10 of 10 results