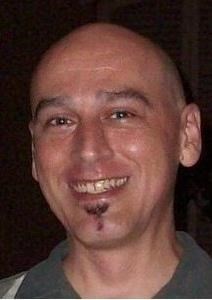 BORN
1963
DIED
2021
Loving partner and brother Stephen J. Garbely, 58, of Sun City West, Arizona, passed away September 2, 2021, at home surrounded by family and friends. He was born August 20, 1963, in Glen Ridge, NJ, the beloved son of Mary Ann Garbely and the late Rudolph J. Garbely Jr. He was the second oldest of 4 siblings. Stephen graduated from James Caldwell High School, in West Caldwell, NJ, in 1981. He had a passion for art, working in the industry as well as creating many paintings over the course of his life for family, friends, and personal display. In 1990, he moved to different locations in the western United States spending time in Phoenix, Arizona, San Diego, California, Cheyenne, Wyoming and eventually settling back in the Phoenix, Arizona metropolitan area. He is survived by his partner, Eddie Williams; mother, Mary Ann Garbely; brother and sister-in-law, Rudolph and Margo Garbely; brother and sister-in-law, James and Mona Garbely; sister and brother-in-law, Susan and Steven Meyers; nieces, Tessa and Rachel; nephews, Rudolph, Kyle, and Alec; and his dog, Sadie "Pooh Bear" Mae. A private service will be held in Stephen's honor by his immediate family.
Published by The Star-Ledger from Sep. 19 to Sep. 20, 2021.
MEMORIAL EVENTS
To offer your sympathy during this difficult time, you can now have memorial trees planted in a National Forest in memory of your loved one.
MAKE A DONATION
MEMORIES & CONDOLENCES
Sponsored by The Family.
2 Entries
Dear Maryann. I am so sorry about the loss of your beautiful son, Stephen. Believe me I have thought of you many times through the years-Betty and Ted were my parents. Aunt Mary´s brother. I know you did an awesome job on your family and you stand proud. I just lost my beautiful husband a couple months ago so I can feel your pain. I wish I could reach out to you- it has been too long. My love and prayers. Karen
Karen mcniff
Family
September 20, 2021
May the love of friends and family carry you through your grief.
F
September 19, 2021
Showing 1 - 2 of 2 results