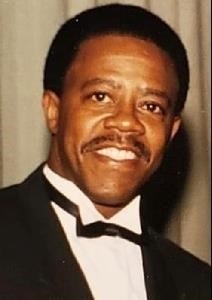 Touched the lives of many students as educator in Plainfield William Edward Gary passed away in the early morning of August 17, 2021 after a long battle with Alzheimer's. He was born in South Carolina and moved to Plainfield, NJ at the age of 8. He attended Plainfield Public Schools and later matriculated to Central State University in Ohio where he earned a Bachelor of Arts degree. He later earned a Master's of Education degree from Trenton State College. He continued his advance study at Kean College where he received a Principal and Director of Pupil Personnel, School Social Worker, Guidance Counselor, and Supervisor of Education certifications. He worked tirelessly in the Plainfield education system and founded New Horizons College Club. Through his club, he prepared and encouraged thousands of students to attend college. Mr. Gary devoted his life to helping underserved students gain access to grants, scholarships, internships and opportunities to matriculate. To this day, many graduates credit Mr. Gary's care and persistence as the underlying factor to their success in attending an institution for higher learning. Mr. Gary is survived by his wife Karen, a son William II, a daughter Erika, a grandson Miles William, a sister Joan Major, and nephews Melvin Caldwell and Donyell Dennis. Visitations will be held Friday, October 8, 2021 at Rose of Sharon Community Church in Plainfield, NJ at 10:00 a.m. A Celebration of Life service will follow at 11:00. The service will also be live streamed via Zoom.
Published by The Star-Ledger from Sep. 20 to Oct. 4, 2021.
MEMORIAL EVENTS
Oct
8
Visitation
10:00a.m.
Rose of Sharon Community Church
Plainfield, NJ
Oct
8
Celebration of Life
11:00a.m.
Rose of Sharon Community Church
Plainfield, NJ
Oct
8
Celebration of Life
11:00a.m.
The service will also be live streamed via Zoom
NJ
MAKE A DONATION
MEMORIES & CONDOLENCES
Sponsored by The Family.
6 Entries
Erika, our heart is with you and your family in your time of sorrow. We wish you peace and strength during this difficult time. We Love You!
Lisa Crafter
Other
October 8, 2021
Once again my "heart" is broken in the passing of my college mentor, colleague and most of all my other brother. I will miss that smile that greeted me at the door of PHS for over 30 years...
Tanya P. Wilson
October 8, 2021
Billy Gary, an extraordinary man! He had a vision for young Blacks even beyond our imagination. He really emphasized the importance of education and dreaming big! When he pioneered the College Outreach program and took me and my colleagues on an exploration of an all black college, N C C U, Durham NC, it changed my life and outlook forever. My thoughts became, "yes I can!" His dedication, sincere lo ve for his mother, family and friends will never be forgotten! Thank you Billy! Job well done... Respectful submitted Your cousin Carolyn
Carolyn Jenkins
October 3, 2021
Dear Karen and family, I just learned about Billy's transition. May God bless you with His peace and comfort as you prepare for Billy's home going services. Sending light and love your way. Pat
Patricia Fields
Friend
September 30, 2021
My deepest sympathy and condolences to the family.
Cynthia Cabbell
School
September 24, 2021
To Karen and the entire family of "Billy" Gary as we called him. Please accept my deepest sympathy in the loss of your husband, father, brother. Billy was a quiet, dedicated, faithful warrior. I was among that first group of students that he and the New Horizons Group assisted in getting into colleges. Bill worked tirelessly throughout the years to make sure that we were ready and properly prepared for college. Bill´s legacy ... is all of us and through us he will will live forever, because he planted seeds and those seeds have grown and have spread far and wide throughout this country. What a joy and a blessing to have had "Billy" in my life. RIP, cousin Billy.
MaryAnn Anderson
Family
September 21, 2021
Showing 1 - 6 of 6 results