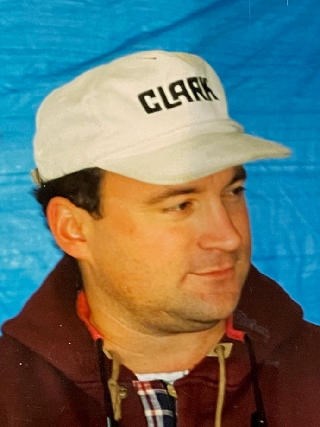 He attended Lake Forest Academy in Lake Forest, Illinois, where he was a member of the golf and swim teams which he enjoyed immensely. While living in Norman, Oklahoma Ned discovered his love for sailing and grilling. Work influenced his move to Flower Mound, Texas. There Ned joined the local Hobie fleet and competed in many Hobie regattas. Ned never gave up his passion for outdoor grilling and had talked about doing a Youtube presentation.

Ned started the first P.O.D.S. franchise in the DFW area of Texas. P.O.D.S. corporate purchased the franchise back keeping Ned on to help with the transition. He retired a short time later.

Ned was known for his quit wit, his infectious smile and his compassion for animals. He was especially fond of his nieces and nephews and they adored his constant teasing.

Ned was proceeded in death by his father, Robert Piper, and his mother, Geraldine Piper. He is survived by his brother, Robert (Bob) Piper, Jr., from Lantana, Texas, and his sister Margaret (Peggy) Piper Schenk of Edmond, OK. Services are pending.
To plant trees in memory, please visit our Sympathy Store.
Published by Star Local Media from Jul. 1 to Jul. 7, 2021.
MEMORIAL EVENTS
No memorial events are currently scheduled.
To offer your sympathy during this difficult time, you can now have memorial trees planted in a National Forest in memory of your loved one.
MAKE A DONATION
MEMORIES & CONDOLENCES
0 Entries
Be the first to post a memory or condolences.