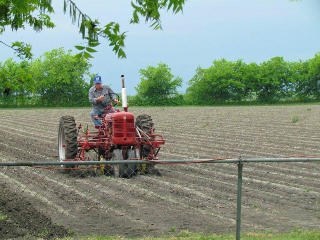 Clarence Elmer “C.E.” Phennel , Jr. of Princeton, Texas passed away June 12, 2021 at the age of 89. He was born on September 3, 1931 to Clarence Elmer Phennel, Sr. and Hester Mae (Soden) Phennel in McKinney, Texas. C.E. attended school at Clear Lake Community school near Lake Lavon. He spent his early career as a machinest and later farming in Collin County. He loved driving his tractors. C.E. married Bonnie Jo Harvell on December 23, 1960 in Durant, Oklahoma. He loved his family dearly and he will be missed.

He was preceded in death by his parents, Clarence Elmer Phennel, Sr. and Hester Mae Phennel.

The family received friends during a visitation on Thursday, June 17, 2021 from 6:00 p.m. until 8:00 p.m at Turrentine-Jackson-Morrow Funeral Home in Allen, Texas.