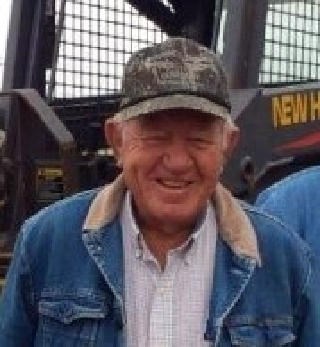 Walter Gerald Bedell of Allen, Texas passed away on September 4, 2021 at the age of 87. He was born on May 9, 1934 to Floyd Edgar Bedell and Irene (Haggard) Bedell in Lewisville, Texas. Walter grew up in Lewisville and played all sports in high school as a Lewisville Farmer at Lewisville High School where he graduated from. After high school, Walter joined the Navy and proudly served his country in the Korean War and crewed the Salem in the Navy. Soon after getting out of the Navy, Walter met his wife of over 60 years, Bonnie Sue Johnson. After getting married, Walter and Bonnie moved to Collin County and moved into the same house they live in today. They started their family in 1959. All of Walter's life, he has been a farmer and a rancher. He raised cattle and farmed wheat, oats, and milo. When able, Walter enjoyed hunting and fishing but more than anything he loved spending time with his family. That included coaching his son's baseball teams. He was a strong and proud supporter and mentor of the AG program in Allen, Texas. Walter could always be found smiling and people enjoyed being around him.

He was preceded in death by his parents, Floyd and Irene Bedell and his brother, F.E. Bedell.

Family and friends are invited to Turrentine-Jackson-Morrow Funeral Home at their convenience on Thursday, September 9, 2021 to pay their respects and to sign the register book.

In lieu of flowers, the family requests memorial donations be made in honor of Walter to Alzheimer's Association, https:/www.alz.org

To convey condolences and to sign an online registry, please visit www.tjmfuneral.com.
Published by Star Local Media from Sep. 9 to Sep. 15, 2021.
To plant trees in memory, please visit the Sympathy Store.
MEMORIAL EVENTS
To offer your sympathy during this difficult time, you can now have memorial trees planted in a National Forest in memory of your loved one.
Funeral services provided by:
Turrentine-Jackson-Morrow Funeral Home - Allen
MAKE A DONATION
Please consider a donation as requested by the family.
MEMORIES & CONDOLENCES
Sponsored by Turrentine-Jackson-Morrow Funeral Home - Allen TJM Funeral Home.
0 Entries
Be the first to post a memory or condolences.