Dr. Carl L. Unsicker, 68, of Fairbanks, Alaska passed away suddenly Thursday, May 26, 2011 in Fairbanks Memorial Hospital. He had just returned from his twenty-second trip to Tanzania, East Africa, where he has been doing volunteer medical work for one to three month periods since 2000.

Carl was born July 6, 1942 in Peoria, Illinois to Carl Christian and Ellen Payne Unsicker. He grew up in Morton, Illinois before attending Monmouth College in Monmouth, IL, and the University of Iowa School of Medicine, Iowa City, Iowa. While in the Navy he completed his internship and Orthopedic residency at the US Naval Hospital, Portsmouth, Virginia. He also received an MBA from the University of Phoenix.

His first Orthopedic practice was in Wilmington, North Carolina where he also volunteered as team physician for Laney High School athletics and served on the New Hanover County School Board for ten years. After 15 years by the ocean, love of the mountains and downhill skiing, Carl and his wife, Linda, decided to head west to Park City, Utah, where he practiced in Salt Lake City. Later deciding to make life a real adventure, they moved to Fairbanks, Alaska in 1994. He retired in 1998.

He continued to work as a medical director of a temporary physician-staffing firm in Salt Lake City, Utah, also doing locums himself.

Retirement, by definition, was not really a part of Carl's life style.

Shortly after retirement he and Linda started doing volunteer medical work in South Africa and Tanzania, making several trips a year lasting one to three months. During a trip to Tanzania, working in a regional hospital, he was asked to visit a small hospital in a very rural area.

The need there was so great and neglected that it became his sole focus, giving priority to children's reconstructive surgery, but also doing adults and trauma. When he wasn't there he was collecting shoes to make into braces, which he made for children to use after specific surgeries.

Or he was searching for surgical instruments outdated in this country but much needed in an area which regularly has little or no water or electricity. Carl often quoted the saying, "As one person I cannot change the world, but I can change the world of one person."

When in Fairbanks, Carl volunteered at the local library and also at the cultural and visitors center, both of which he considered to be great gifts to the community.

Carl is survived by and will always live in the heart of his wife, Linda. Together they have the gift of a blended family, daughters Christine Unsicker Delbridge and granddaughter Carly Delbridge of Heber City, Utah, and Suzanne Unsicker McCormick, husband Bill, and grandchildren Jack and Fiona of Portland, Maine, son David Unsicker, and wife Claudia, of Enterprise, Alabama, and step-son Cameron Baird and his wife Becky, with fourth grandchild due soon, of Fairbanks. He has many cousins throughout the Lower 48 and special friends here and around the world.

His wife and all of their children, with spouses, and grandchildren gathered for a private celebration of life in Utah. On a beautiful sunny day they stood on a small mountain, holding hands sharing memories of the man called Love, Dad, Skeet, Carl, and GP (Grandpa). The memories brought many tears but also much laughter remembering how he loved to live life. The following sunny day, they, along with extended family members went to the base of snow covered Mt. Timpanogos. Mt. Timpanogos was where Carl and Linda repeated their 10th anniversary wedding vows many years ago and have since always referred to it as 'our' mountain. Again, a circle was formed by holding hands, as special readings were read and more memories were shared, reminding us all of what a gift he was, and is. Some of his ashes were then spread by family members as a gentle breeze obliged by carrying them over to 'our' mountain.

In his memory, any donations will be forwarded to Sengerema District Designated Hospital, Sengerema, Tanzania. Checks should be made out to Linda Unsicker and mailed to PO Box 10002, Fairbanks, Alaska 99710.

Published by Wilmington Star-News on Jun. 14, 2011.
To plant trees in memory, please visit the Sympathy Store.
MEMORIAL EVENTS
To offer your sympathy during this difficult time, you can now have memorial trees planted in a National Forest in memory of your loved one.
MAKE A DONATION
MEMORIES & CONDOLENCES
Sponsored by Linda, his wife who will love him forever.
19 Entries
I am so sorry to here of Carl's departure from this earth. But, I know that God has a far better life for him. He was the best surgeon I ever had the luck to work with. Both Linda and Carl were very special in my heart. You were very good to James and I. My prayers are with you. Love, Raylene
Raylene Hallman
July 9, 2011
Linda,
So sorry to hear of your loss. You two were our greatest followers and great dancers. We have really missed you guys. Every time we play Linda we think of your guys. May Carl always be in your heart. Love you, Tony
Tony DiStefano
July 8, 2011
Carl and Linda loved to dance and followed our band, "SAGE" for a number of years. We shared lots of laughs together! I have never witnessed anyone more loving and in love with each other as this sweet couple. I can speak for all of "SAGE", when I say, we will still think of you fondly and often with a tear in our eye and a smile on our face, especially when we sing our last concert together in August and dedicate the song, "Linda" to you both!!! Love forever and ever, Susan
Susan Kohler
July 7, 2011
I was blessed to have known Dr Unsicker when I was "growing up"...he made an impression on me as a young girl, and he taught me a lot...he was a great man and he gave as much greatness to this world..he had kind words to say when my mother passed away and I only hope I can do the same for him with his family...thanks for allowing me the opportunity to know your dad...he will be missed but his mission in life is not over, it"s just continuing....much love
Beverly Barrett Scurpa
July 6, 2011
Dr. Unsicker was a true "Southern Gentleman' and will be greatly missed by all.

Wilbur J, Taylor, III
July 2, 2011
Thank you for the review of the man I called Friend. The world wll miss him as much as you will.
Bob Lesher
June 24, 2011
How very sad that the world has lost Carl, such a dedicated professional and gift to the world. We only met Carl and his wife Linda late last year, as fellow volunteers, and we were looking forward to getting to know them better this year. We are so sorry to hear of this great loss. Our prayers are with you Linda, and with your family.
June 22, 2011
I think Carl must have operated on around 2000 children in Tanzania. They would announce on the radio before his arrival that Dr. Carl was coming and folks would flock to Sengerema on foot to receive care, otherwise unobtainable for most. He and Linda are the most beautiful example of a couple devoted to one another and they're both an inspiration in how to live one's life simply, true to their beliefs and philosophy, in service to others. I still cannot comprehend the loss to humanity in his passing and like Linda, his beloved wife, prefer to live in denial that he is truly gone. He changed not only the world of one person, but untold numbers of people who are forever grateful that this wonderful man was part of our lives. Heartfelt condolences to his loved ones. Though they treasure his memory, we all crave the human presence of this lion of a man, both in heart and spirit. Forever loved, forever missed!
Priscilla, Bill, Sadie and Wade Stoddard
June 22, 2011
The world needs more people like Carl. He was so generous and had such a great soul. I will always remember him teaching me to downhill ski in Utah and watching him fly down the hill on one leg with such grace. And the hilarious Christmas Card he & Linda made this past year :) They're both very inspirational and Carl will be greatly missed.
Holly Sacora
June 19, 2011
We will miss a great man and a great Doctor to all that he served. Mike & Marie Nichols Midway Arkansas
June 19, 2011
We miss you, Carl! Your warmth, your hugs, your laughter, your friendship. We will always miss you, and are better for having had you in our life. You'll always be part of our Alaska Family, and always be in our heart.
Becky Anderson
June 19, 2011
Dr. Unsicker meant so much to my daughter, Kelley,and our family after Kelley was in a car accident that tragically took the lives of five people in 1978. He performed her surgeries and treated her injuries for a lengthy period of time in the most caring manner imaginable. He is loved, admired and respected by people all over the world. We owe much to him (and Linda)He will not be forgotten.
Reita Cockrell
June 15, 2011
Deepest sympathy to Suzie McCormick and the entire family. Very sorry for your loss.
Ashley DeVane
June 15, 2011 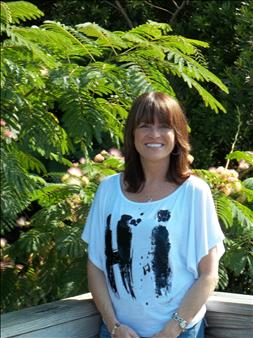 I had the wonderful blessing of having Dr. Unsicker being on call in 1978 when I was in a car accident where five out of eight teenagers died. Over the following year that it took me to walk on my own, I underwent multiple surgeries and many office visits and during that time I came to love Carl and Linda both. My career has been at Bald Head Island where they married and came back many years for their anniversaries before moving out of the state. I will always remember his dry sense of humor and the kindness he showed me. We have truly lost a special man, but he will live on in the hearts and memories of many. God bless his family during this difficult time.
Kelley Sellers
June 14, 2011
Dr.Unsicker was indeed a blessing to the Medical Community in Wilmington.He was one of the most grounded surgeons I have ever worked with in my 41 year Nursing career. His choices after retirement are no surprise to me. My husband, Bill, and I send our best wishes to Linda and family. With all the good memories, he will be with us forever.
Beverly Hafer
June 14, 2011
Suzie,
The '85 NHHS class offers our deepest condolences. Please know that you and your family have been in everyone's thoughts and prayers. So sorry for your loss.

Vivian Small Schneider & all '85 NHHS members
Vivian Schneider
June 14, 2011
I remember working with Carl at Cape Fear Hospital in the early 1980's..he and Linda were also great neighbors...Marilyn Waters Harding-Salt Spring Island B .C.
June 14, 2011
Dr Carl Unsicker, you certainly left a lasting legacy here in the Wilmington, NC community. May your memory be a blessing. You shall be missed.
Gerry Vance Owen
June 14, 2011
Dr. Unsicker welcomed me to the medical community very early on. As a neuropsychologist, he endorsed the idea of integrative health care- way ahead of his time (especially for Wilmington). After 30 years of successful practice I owe my beginnings to his kindness and open-mindedness. My best wishes to his extended family during this difficult time.
Tony Puente
Tony Puente
June 14, 2011
Showing 1 - 19 of 19 results