He was born in Wilmington, NC on July 16, 1923 to Lynn B. Tillery, Sr. and Duralde Larkins Tillery. He grew up in Wilmington where he as a varsity basketball player at New Hanover High School. He was also an Eagle Scout.

He served in the United States Navy as a gunnery officer in both the Atlantic and Pacific theaters of war during World War II, entering service as an apprentice seaman and leaving as a Lieutenant (j.g.)

He began his legal career in 1950 and practiced law until his election as a District Court Judge in 1968. During his years of private practice he also served as County Attorney of New Hanover County, Deputy Judge of Recorders Court , and President of New Hanover County Bar Association. Shortly after appointment by Governor Bob Scott as a Judge of Superior Court in 1970, he was named Senior Resident Judge for the Fifth Judicial District, a post retained until his retirement in 1988. Following his retirement, he served as an emergency Judge through the year 1998.

From childhood he was a member of First Presbyterian Church of Wilmington, where he served as Sunday School Teacher, choir member, deacon, and ruling Elder.He was preceded in death by his parents, Lynn B. and Duralde Larkins Tillery, brother Wade Hampton Tillery, and sister Lynn Frances Hogarty.

He is survived by his loving wife of 38 years, Pat, of the home, two sons, Craig and his wife Phyllis of Anchorage, Alaska and Brad and his wife Jennifer of Leland, grandsons, David Tillery of New York and John Tillery of Virginia, granddaughter, Sarah of Virginia, nephews, Hampton Tillery and wife Penny of Wilmington and Gregg Joyner and wife Michelle of Zebulon, NC, nieces, Beth Bondurant and husband John of Florida and Crystal Phillips and husband Stewart of Kenly, NC, brother-in-law Ray Hill of Selma, NC , and special friend Alan Head

The family would like to extend their special thanks to Dr. Thomas Bumbalo and Dr. Henry Patel.

The funeral service will be held at 2 PM, Thursday, October 21, 2010 at First Presbyterian Church with Dr. Ernest Thompson officiating. Interment will follow in Oakdale Cemetery. Honorary pallbearers will be members of the New Hanover County Bar Association.

Online condolences may be made at www.andrewsmortuary.com

Published by Wilmington Star-News on Oct. 20, 2010.
To plant trees in memory, please visit the Sympathy Store.
MEMORIAL EVENTS
To offer your sympathy during this difficult time, you can now have memorial trees planted in a National Forest in memory of your loved one.
MAKE A DONATION
MEMORIES & CONDOLENCES
5 Entries 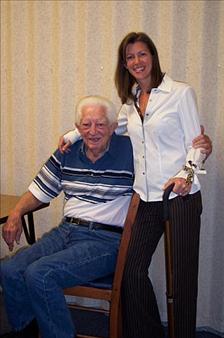 Angela Lane
October 21, 2010
Fondest memories of uncle bradford sharing bedtime stories to me as a child...and his loving compassion for storytelling especially Beatrice Potter and the tar baby...Though unaware of his final passing my thoughts and prayers are with you. I will always love and miss him dearly.
His loving niece
Angela Lane, Wilmington NC
October 21, 2010
Brad, I'm so sorry for your loss. Your father was a great and wonderful man. Sorry I was not informed of his passing in time enough to show my respects to your family. Please except my deepest sympathy. Shirley Hill
Shirley Hill
October 21, 2010
Brad and family,

It is an enormous loss to your family and the community to loose your Father. He was a dedicated and thoughtful jurist and fine man. My thoughts and my prayers of comfort are with you and your family.
Chris & Jennifer Walker (& family)
Chris Walker
October 20, 2010
Brad,

Please accept our condolences for you and your whole family in the passing of your father.

I know you will miss him. From reading about him it is clear he had a long and very sucessful life.