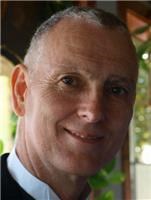 Jefferson Taylor Ennis was a talented musician, singer, songwriter, painter, woodworker and egg carver. He rode a unicycle, line-danced, taught his kids to water ski and was a world-class prankster. He drank life to the fullest.
On Sunday, June 6, 2021, at 12:06 p.m., Jeff was promoted to heaven at the age of 65 after complications of the COVID-19 virus. He passed peacefully in the hospital with his beloved wife, Helen, and several of his children by his side.
Jeff was born on April 9, 1956, to father, Hartridge Porter Ennis, and mother, Myrtice Hendrix.
He is preceded in death by his parents, his brothers, Leonard Martin and Ricky Ennis; and infant sister, Dorothy Ennis.
He is survived by his loving wife, Helen Ennis; his sisters, Bennie Crosby Hughes, Rebecca (Becky) Brown and Della Cresgy; his children, Christina Redman, Racheal Bazemore, Jefferson (Taylor) Ennis Jr., Steven Ennis, Brandon Ennis and Ashley Frongillo; his stepchildren, Hadley Stuart II and Michelle Stuart; his grandchildren, Courtney Guzman, Brett Bazemore, Whitney (Beth) Wilkerson, Phillip Wilkerson and Wyatt Bazemore, Georgia Von Dolteren; and his step-grandchildren, Adam Redman, Alex Redman, A.J. Redman, Austin Solomon, Reign Stuart, Courtney Diggs; and step-great-grandchildren, Ellerie and Emilia Diggs.
Jeff worked at Brooks Instruments in Statesboro for many years. Later, Brooks Instruments became Grinnell, and they changed locations to Houston, Texas. Jeff opted to move in order to stay with the company. He enjoyed his profession as a machinist.
Jeff, who loved to laugh, was a prankster to the end. His last interaction with his son, Steven, was during his final hospital admission in the ER. Jeff asked Steven to press the reset button on the IV machine because it was beeping. Then Jeff started frantically convulsing. Steven panicked! Then, just as quickly, the seizure stopped. Jeff smiled mischievously and said, "I'm just teasing."
Jeff was a loving father, grandfather and great-grandfather and will be missed by all.

Statesboro Herald, July 3, 2021
Sign the Legacy online guestbook at www.statesboroherald.com.
To plant trees in memory, please visit our Sympathy Store.
Published by Statesboro Herald from Jul. 2 to Jul. 10, 2021.
MEMORIAL EVENTS
No memorial events are currently scheduled.
To offer your sympathy during this difficult time, you can now have memorial trees planted in a National Forest in memory of your loved one.
MEMORIES & CONDOLENCES
0 Entries
Be the first to post a memory or condolences.