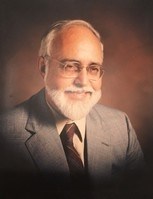 BORN
1936
DIED
2021
Alex Stephens Hill, III
Little Rock - Alex Stephens Hill, III was born September 5th, 1936 in Memphis, Tennessee to Alexander Stephens and Martha Reginald Hill. A product of over mothering and inured to a social network right out of Our Gang, Steve grew up in Little Rock courting sweethearts and playing sand-lot football. Eventually, his attitude earned him a ticket to military school. This and a summer burying tanks for his father's propane business spurred more intellectual pursuits; Steve went on to graduate top of his class at Hendrix College and get his medical degree from the University of Arkansas. While completing his internal medicine residency at Parkland Memorial in Dallas he met Virginia Gay Keisler who would be his wife and partner for the next 55 years. The couple followed the Beatnik urge to San Fransisco where they the embraced counter culture trappings near Haight-Ashbury. Their two children Alex Shantih and Una Kerensa were born and grew up in and around the Redwood Forests of Mill Valley and beaches of Muir Woods. After serving as Pathologist in the Air Force, Dr. Hill pivoted to psychiatry, training to become a psychoanalyst at the C. G. Jung Institute located in the Pacific Heights neighborhood. He would go on to earn the gratitude and dedication of many an "analysand" during 40 years of analytic practice. Declaring the Bay Area boring, he moved the family to Austin, Texas where he would be a major force in establishing the Texas Interregional Jungian Society. The Hill's set up camp in the house on Pease Road that both Steve and Virginia would share together until their final hours; Virginia passed away in August during the Covid leadership vacuum. The couple's favorite pastime was travel, famously attempting to drive to Ecuador with children 5 and 3 before abandoning their car in Mexico City. A favorite pursuit of Steve's was hunting and fishing, enjoying the camaraderie of calling ducks in flooded timber, stalking pheasant in Iowa fields and fly fishing from Montana to the Bahamas. The couple were well known for their unvarnished, stream-of-consciousness conversational style, shocking to the uninitiated but never dull, the intellectual and curious heart of which made them beloved to many a young person. Steve will be fondly remembered for his somehow innocuous anger, an embrace of his own boundaries, the proud reward of his own psychoanalysis in his early 30's. Around the same time in 71', Dr. Hill was shot by a patient awaiting a court hearing and almost died were it not for adrenaline provided by a nurse at the scene. Alex Stephens Hill was a devoted husband to a beautiful and beguiling Noir woman who thwarted the intents of many a psychological and pharmaceutical intervention. Often having to be both the financial and emotional anchor of the family, Steve always remained a warm, supportive and generous father to his children and those he loved. Ever interested in the nature of what it means to be a man in the modern world, his honesty, intellect, warmth, humor and accessibility made him a fatherly figure, a Shane to one's Joey, filling a need for many a patient and young person. Steve and Virginia have 5 grandchildren, Alex Shantih Hill, Jr. (19), Maya Elizabeth Hill (7), Lucas Robert Hill (4), Jackson Gattis (19) and Marlin Gattis (17).
A memorial service for both Steve & Virginia is planned for the fall: please see https://www.facebook.com/events/523804018781139 for details.
To plant trees in memory, please visit our Sympathy Store.
Published by Austin American-Statesman from May 30 to Jun. 6, 2021.
MEMORIAL EVENTS
No memorial events are currently scheduled.
To offer your sympathy during this difficult time, you can now have memorial trees planted in a National Forest in memory of your loved one.
MEMORIES & CONDOLENCES
0 Entries
Be the first to post a memory or condolences.