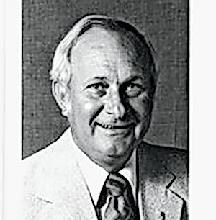 BORN
1931
DIED
2020
VANEK, Gerald Leroy "Peach" Lt. Col. (retired) Gerald Leroy "Peach" Vanek, 88, passed away peacefully at home on August 2, 2020. He was born October 25, 1931 in Prague, Nebraska, the middle son of William and Rose Zeleny Vanek. He loved telling stories about spending his early years working on the family farm as a "chicken herder". After his family left the farm and moved to town, he worked at his father's recreational parlor, making milkshakes and coaxing others to challenge him to a game of pool. He graduated in 1949 from Schuyler High School, and began working for the railroad as a telegrapher. He entered the Air Force as an Airman Basic in March 1952 at Lackland AFB, Texas, and was soon selected for pilot training as an Aviation Cadet. It was while he was in training at Williams AFB in Arizona that he was set up on a blind date with a lovely young student at the University of Arizona named Shirley Malone. They were married in January 1954 and he received his wings and commission as a Second Lieutenant in April 1954. Upon completing F-86 Gunnery Training at Nellis AFB he was assigned to Foster AFB, Victoria, Texas. His unit, the 452nd Fighter Day Squad, was the first to deploy non-stop to Europe with mid-air refueling over the Atlantic for the F 100. He was then assigned as an F-100 instructor pilot at Luke AFB, AZ followed by an overseas assignment to RAF Lakenheath, England as a flight commander and operations officer for the 493rd Tactical Fighter Squadron of the 48th Tactical Fighter Wing, USAFE. He returned to the US and was assigned to Air Training Command at Reese AFB, Texas. He served in the 3501st Pilot Training Squadron as a flight commander and T-38 Operations Officer. His love of flying and devotion to country led him to volunteer to fly combat in Vietnam in 1967. He was a Forward Air Controller with the 1st Air Cavalry Division in II Corps where he flew the 0-1's. Later that year he was reassigned to Bien Hoa, RVN and the 531 Tactical Fighter Squadron, the "Ramrods" of the 3rd Tactical Fighter Wing. He flew a total of 315 combat missions in the 0-1E and F-100D's. After returning from Vietnam he was assigned to Naples, Italy in June 1967 and began a tour with NATO and Airsouth. As a member of the multi-national evaluation team he traveled throughout Southern Europe visiting British, Greek, Italian, and Turkish tactical fighter units. He was reassigned to Bergstrom AFB, Texas, in 1971 as the Chief of Current Operations in the 602nd Tactical Control Center Squadron. He proudly earned his Bachelors Degree in Business at the University of Nebraska at Omaha through the Bootstrap Program in 1973. In 1976, while still at Bergstrom AFB, he was transferred to the 727th Tactical Control Squadron as the OIC of Test and Evaluation for the purpose of operationally testing an automated Tactical Air Control System. In 1978 Lt. Col. Vanek was appointed as Commander, Detachment 1 Air Ground Operations School. He retired from the Air Force in 1979, after logging in 4588 hours of flying time with 460 of those hours flown in combat. His numerous military awards and decorations include 3 Distinguished Flying Crosses, 17 Air Medals, Joint Services Commendation Medal, and the Air Force Commendation Medal. He began a second successful career as a real estate agent and broker with his wife, Shirley. He spent many years with Century 21, earning honors as a top agent and broker. Throughout his years in the Air Force and the real estate business, he traveled to visit family and friends, attended high school and Air Force reunions, and maintained his hobbies. He enjoyed membership with several military aviation organizations, which included the Order of Daedalians, Quiet Birdmen, and the Super-Saber Society. He was an accomplished woodworker and carpenter (never met a tool he didn't love), and spent time crafting tables, chairs, birdhouses, etc. for family and friends, or as he called it, making sawdust and toothpicks. He loved gardening and canned most of the cucumbers he grew, made the best pickled fish, and was the family car mechanic (we called him the car god). He was quite the outdoorsman and loved hunting and fishing trips with his brothers, sons, sons-in-law, and friends. Enjoying his time with the family at the lake with a fishing rod in one hand and a cold drink in the other was his idea of what retirement was supposed to be. To his family he was, and always will be a leader, role model, hero, outdoorsman, and fix-it man. His beloved wife Shirley passed away on December 13, 2017, just shy of their 64th wedding anniversary. During his remaining days, he enjoyed the many visits from his family and friends, all the while missing the love of his life. He didn't want to leave us but he wanted to see our mother again. He is survived by his children Jeff (Cheryl) Vanek, Zoe Vanek, Karen (Bill) Hoover, Julie Thompson, Mark (Patty Bruner) Vanek, Brian (Claudine) Vanek, and David Vanek; grandchildren Brandon (Sarah), Jhett (Airianne), Alex (Claudine), Sara (Matt), Scott, Tanner, Jarett, Cade, Reece, and Taryn; great-grandchildren Azi, Ava, Hunter, Henryk, and Helena; sisters in-law and brothers-in-law; and numerous nieces and nephews. His beloved wife, Shirley, his parents, his brothers Don and Dave, and his loving son-in-law Jim Thompson preceded him in death. The family wishes to thank Visiting Angels, especially Ernestine and Daisy, for the exceptional care and respect for our father. Jerry will be dearly missed and can be honored in memorial contributions to the Air Force Aid Society, the Daedalian Foundation, or the cause that speaks to your heart. Jerry's ashes will be interred with military honors at Remembrance Gardens in Austin, Texas. The family will host a memorial celebration of life at a later date. 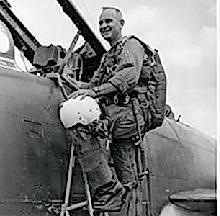 Published by Austin American-Statesman on Sep. 6, 2020.
To plant trees in memory, please visit the Sympathy Store.
MEMORIAL EVENTS
To offer your sympathy during this difficult time, you can now have memorial trees planted in a National Forest in memory of your loved one.
MAKE A DONATION
MEMORIES & CONDOLENCES
2 Entries
Peach and I agreed that the combat mission we flew together as Ramrods the moonless night if 3/21/1968 was the most challenging and rewarding of our missions in VietNam. Ten guys who expected to die made it out. I am so sorry Peach was unable to meet the three still alive with me in 2018 - they too will mourn Peach’s passing.
Fred Abrams
Served In Military Together
September 7, 2020
Peach always seemed to have a smile for everyone. He was always of good cheer at meetings of the Quiet Birdmen where he recorded our meetings through photography. His good spirit is missed.
Larry W. James, MD
Friend
September 7, 2020
Showing 1 - 2 of 2 results