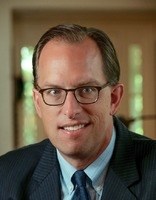 BORN
1965
DIED
2021
FUNERAL HOME
Weed-Corley-Fish Funeral Home North - Austin
3125 N Lamar Blvd.
Austin, TX
James D. Hornfischer
One of the greatest Naval historians passed away on June 1, 2021, but that accolade, along with his other talents and successes only begin to tell the incredible life story of James D. Hornfischer, the faithful son, husband, father, and friend.
Born in Salem, Massachusetts on November 18, 1965 to loving parents, David and Elsa Hornfischer. Jim graduated Phi Beta Kappa from Colgate University in 1987 and headed to New York City to work as an editor.
In those early days of his career in the Big Apple, Jim met and fell in love with Sharon Grace Simmons. After several years of courtship, they married and decided to build their life in Austin, Texas, where Jim became one of the first literary agents in the state's capital.
Sharon and Jim were blessed with three living and devoted children: David James, Grace Ann, and Henry Hutchins.
Ever the seeker of knowledge and expanding horizons, Jim earned consecutive degrees at The University of Texas at Austin: an MBA from McCombs School of Business and then a JD from UT's School of Law. In 2001 they founded Hornfischer Literary Management and focused on developing historical accounts of important untold stories from both new and established writers.
Jim was also an author himself. He published four WWII histories: The Last Stand of the Tin Can Sailors, Ship of Ghosts, Neptune's Inferno, and The Fleet at Flood Tide.
Contemporary authors and historians have referred to him as, "having the mind of a skilled historian with the heart of a lyrical poet", "the Dean of World War II Naval history", and "a tour de force narrative storyteller."
Most recently, Jim received the highest civilian accolade from the United States Navy, the Navy Distinguished Public Service Award, for all his work and extraordinary success at telling the Navy's story.
Jim's exuberant soul and voice resonated with great pleasure singing in the Tarrytown United Methodist Church Choir. For Jim, music and hymns in particular were a special bridge to the Divine, where his hope and comfort resided in his Lord.
Though we know you are gone too soon dear Jim, "Fair Winds and Following Seas."
Jim's Celebration of Life service will be held at Tarrytown United Methodist Church in Austin, Texas on Thursday, June 10th at 10:30 am. A livestream of the service will be available at https://www.tumcaustin.church/memorial-service. Burial will follow at The Texas State Cemetery.
In lieu of flowers, the family has requested donations can be made in Jim's memory to: The National Museum of the Pacific War in Fredericksburg, Texas, where a permanent tribute is being planned in his honor.
Refer to: [email protected] or (830) 997-8600 Ext 220 or pacificwarmuseum.org/join-give/donations.
Remembrances may be shared at www.wcfish.com.

To plant trees in memory, please visit our Sympathy Store.
Published by Austin American-Statesman from Jun. 8 to Jun. 9, 2021.
MEMORIAL EVENTS
Jun
10
Celebration of Life
10:30a.m.
Tarrytown United Methodist Church
, Austin, TX
Funeral services provided by:
Weed-Corley-Fish Funeral Home North - Austin
MAKE A DONATION
MEMORIES & CONDOLENCES
Sponsored by Weed-Corley-Fish Funeral Home North - Austin.
5 Entries
So sorry for your loss. Mr Hornfischer was a story teller for the ages! "Tin Can Sailors" was masterful in telling of an Epic Battle. We were blessed to have had him amongst us.
Mark Schwarm
Friend
July 17, 2021
On behalf of the Moriarity family .. Our sincere condolences
Susan Weaver Moriarity
July 14, 2021
As the days and weeks pass, and as you return to life's routine, may you continue to feel comforted by the love and support of family and friends.
Becky Davies
Student
June 20, 2021
Among the finest Naval Historians I have ever read. Brought the Pacific Battles into my study. It was difficult for me to put his books down when I started reading them. A loss to us all,
Commander Joseph Troiani U.S. Navy (retired)
Served In Military Together
June 17, 2021
One of the finest historians. I had the great opportunity to hear him speak and converse, by email as well.
Stephen H Taber
Acquaintance
June 16, 2021
Showing 1 - 5 of 5 results