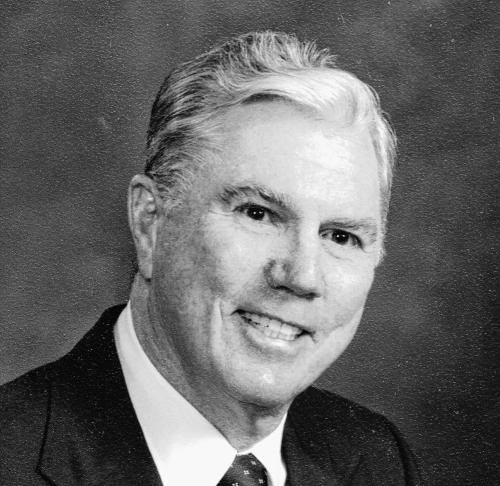 BORN
1926
DIED
2015
FUNERAL HOME
Cook-Walden Funeral Home
6100 North Lamar
Austin, TX
MUNSON, James Wayland
James Wayland Munson died on March 19, 2015, at the age of 88. Jimmy was born in Manor, Texas, on July 29, 1926, to Carl and Virginia Abrahamson Munson. He attended Austin public schools, graduating from Austin High. He played a variety of sports and was part of a championship summer league baseball team. In 1944 Jimmy enlisted in the U.S. Army and served in Hawaii. Following World War II, Jimmy earned a B.S. and a Master's of Education from the University of Texas and began his coaching career. Coach Munson spent more than 30 years teaching and coaching high school football, basketball and track at Van, Goliad, and Austin, moving from U.J.H. to Travis to Austin High and finally becoming the first head football coach at Crockett High. Coach Munson concluded his AISD career as administrator at the newly opened Burger Center.

Jimmy especially enjoyed fishing and golf and was a long-time member of the Austin Country Club. Jimmy was a friend to many, from the Screen Door Open golf outings in Fort Worth, to fishing at the Coast, to visiting with retired coaches and their families and the many neighbors and passers-by at his home of more than 50 years on Avenue H. He is survived by his brother, Charles Munson and wife Dorothy; niece Cathy Sue Munson; nephew Chuck Munson and wife Phyllis; great-nephew Charlie Munson and wife Malissa; and great-great nephews Gus Wayland Munson and Owen William Munson.

A memorial service will be held at 2:00 p.m. Sunday at Cook-Walden, 6100 North Lamar, Austin, TX 78752, with a visitation starting at 1:00 p.m. The family extends a special thank-you to the staff at Park Bend Health Center, Jimmy's home for the last few years. In lieu of flowers, donations may be made to the Austin Humane Society or a charity of your choice.

Condolences may be expressed at www.cookwaldenfuneralhome.com.

Published by Austin American-Statesman from Mar. 21 to Mar. 22, 2015.
To plant trees in memory, please visit the Sympathy Store.
MEMORIAL EVENTS
Mar
22
Visitation
1:00p.m.
Cook-Walden Funeral Home
6100 North Lamar, Austin, TX
Mar
22
Memorial service
2:00p.m.
Cook-Walden Funeral Home
6100 North Lamar, Austin, TX
Funeral services provided by:
Cook-Walden Funeral Home
MAKE A DONATION
Please consider a donation as requested by the family.
MEMORIES & CONDOLENCES
Sponsored by Cook-Walden Funeral Home.
31 Entries
There are people who you have contact with, that you will never forget. Coach Munson was/is one of those people. Some feel he may have made a great Marine Drill Sergeant. They would be right. But he cared about the kids he taught and coached. That made the difference. I will be 76 years old, and I can see that redhead clear as day coming across that gym floor. A good way to measure a man's legacy is the vision retained of him after 64 years.
Harry "Mike" Conkle
March 13, 2019
Isaias .65.22.23.es realmente el lugar que nesesitamos para vivir sin sufrimiento
February 9, 2016
Revelasion 21.3.4.5.nos asegura este futuro a todos
January 14, 2016
My dad, Kenneth Gene Jackson, was great friends w/t each other. My dad passed in 1998. Coach Munson, was my football coach at Crockett-1974-1975. He expected a lot from me as football player, because my dad played professional football player, from 1952-1959. My dad played for Dallas Texans-1952, Baltimore Colt,s-1953-1957, and Montreal, of CFL in 1959. Great influence in my life to succeed. R. I.P.
May 19, 2015
I hope u had a lovely life and rest peacefuly RIP
X
April 18, 2015
Im truly sorry for your loss.your family is in my thoughts and prayers. (1 thessalonians 5:17 )
April 17, 2015
I am so sorry to hear of your loss. Please look to God's Word the Bible for comfort during this difficult time.
Jerry Peter
April 17, 2015
May you take comfort in the words found at 1 Cor. 15:26 as you look forward to the future with a happy hope.
April 15, 2015
I am sorry for the loss of James Munson. Losing a dear loved one is very painful. May the family find comfort in knowing that soon one day he may be brought back to life to a paradise here on earth.
April 13, 2015
My deepest sympathies to the family, and may you keep in mind the scriptural hope of ever lasting life,which can sustain you through this difficult time. 1Thess 4:14
April 13, 2015
So sorry for your loss. Jeremiah 29: 11, 12 says, " For I well know the thoughts that I am thinking toward you, thoughts of peace and not of calamity, to give you a future and a hope. And you will call me and pray to me, and I will listen to you. "
April 11, 2015
My condolences to the family,
May you find strength and peace during this very difficult time.
Phillipians 4:6,7

NC
April 11, 2015
May your memories bring you comfort. God of love have giving us hope that all the meek will possess the earth and they will find exquisite delight in the abundance of peace. (Psalms 37:11). You have my deepest sympathy.
Quentinus Robinson
April 7, 2015
I am sorry for your loss. May prayer comfort you.

1 Thessalonians 5:17 "Pray constantly."
March 25, 2015
As the days and weeks pass, and as you return to life's routine, may you continue to feel comforted by the love of God, family and friends. Psalms 91:2
W
March 23, 2015
Thinking and praying for you all! Daddy really liked Mr. Jimmy Munson, and loved Charlie! They had many good times together at the Club, and the Screen Door Open. I pray for comfort!
Mary Agnes
March 23, 2015
May God strengthen and comfort the family during your time of sorrow.
March 22, 2015
May the God of Comfort, comfort you during your time of sorrow.
March 22, 2015
Trust in God and he will comfort you.
March 22, 2015
To the Munson family, I send my deepest condolences for your loss of Jimmy. I am Sandra Allison-Holt and the daughter in law of Jack Allison. I remember such good memories of Jimmy, Jack and Charlie on their fishing trips at the coast. Jack was so fond of the Munson family and I miss visiting with you all. My sincere sympathy for your loss.
Sandra Allison-Holt
March 22, 2015
So sorry for your loss. Know that the scriptures do bring comfort and hope. (John11:25) My condolences.
McCombs
March 22, 2015
My sincere sympathy to Jimmy's family.

Our love and prayers are with the Munson Family, Kleo & Dell Halm
Kleo Halm
March 21, 2015
I am very sorry for your loss. I hope that God's word brings you comfort (Psalm 91:15)
March 21, 2015
Please accept my heartfelt condolences on the loss of your loved one may God give you strength and comfort during this difficult time Ps 46 : 1
March 21, 2015
My thoughts and prayers are with the family of Jimmy Munson. Jimmy gave me an opportunity to coach with him at Crockett High School and I will always be indebted to him for this opportunity. His working relationship with his players, coaching staff, administration and teaching staff was outstanding and admirable. His coaching philosophy was to prepare his players to not only meet the challenges on the football field, but to meet the challenges of life. He was an exceptional role model for both his players and coaching staff. Although he is gone, the memories of him will always be with us. May the Lord grant
grant him peace and rest.

Coach John Matysek
Crockett High School
1968-1979
John Matysek
March 21, 2015
Coach Munson was a "solid" influence with both students and athletes at Travis High...and later coaching my younger brother at Crockett High. I always admired him...Fritz Fatheree, W.B. Travis, class of 62'
March 21, 2015
My thoughts and prayers are with the family of Jimmy Munson. I had the opportunity to coach with Jimmy at Crockett High School and I found him to be a great mentor, friend and I admired his love for the students and players that he taught and coached. In addition, his support of his staff was outstanding and he was always supportive of his coaches and staff members. He was a positive role model to all that worked with him and played for him. Even though he is gone, the positive memories that we had with him as a friend and mentor will sustain us. May the Lord Bless him and give him rest and peace until we meet again.

John E. and Linda Matysek
(Taylor, Texas)
March 21, 2015
He was my teacher and coach at UJH in the mid-50's. He was a fine man and educator, and the type of coach who could be respected. The world is a better place because of men like Coach Munson. I know he will be missed. God speed Coach!
Harry Conkle
March 21, 2015
Our thoughts and prayers are with you all. Sending our love.
Pam & Scott McAfee
March 20, 2015
Showing 1 - 31 of 31 results