Joan Holloway WHITWORTH
1933 - 2015
BORN
1933
DIED
2015
WHITWORTH, Joan Holloway
Joan Whitworth, accomplished writer, philanthropist, mother, wife and friend was born January 24, 1933, in Brownwood, Texas to Sterling and Jean Holloway. After graduating from The Hockaday School in Dallas, Mrs. Whitworth attended the University of Texas at Austin, and then TCU, where she earned both B.A. and M.A. degrees and served as a member of the English Department faculty. She pursued Ph.D. studies at the University of Texas at Austin for two years while serving on the capitol staff of State Representative Vidal Trevino in the 57th Legislative Session.

She then became the office manager for Byron Tunnell's successful campaign for Speaker of the Texas House and moved with him to the Speaker's Office as his Executive Assistant. Upon Governor John Connally's appointment of Speaker Tunnell to the Railroad Commission, she accepted his predecessor, Speaker Ben Barnes', invitation to continue serving in the same capacity in the Speaker's Office.

Mrs. Whitworth left the Capitol in 1966 to become a Research Writer for the Texas Aeronautics Commission (TAC), but returned in 1967 to become the Executive Assistant to Senator Jack Strong. She then migrated to the State Affairs Office of the University of Texas System in 1971 before leaving to become the Director of Carrier Regulation at the TAC that same year. She left in 1980 to become the Vice President of Torrance and Associates and then became the President of Preferred Environments, Inc. in 1984.

Mrs. Whitworth's love of golf has led her to edit two books on the subject. In 1999, she worked with Frances Trimble on her book One Hundred Years of Champions and Change (The History of Austin Country Club) and in 2001 helped Robert Baker on his book Logical Golf. She enthusiastically followed and supported UT Austin athletics, particularly the Women's basketball and golf programs. She loved good writing and politics, and believed that good government is both possible and necessary, especially when run by good people. As her father, Sterling Holloway, said often; "There are two kinds of people; those whose word is good and those whose word is not." She strove to be the former, and to teach her descendants to be so as well.

A private service will be held for the family. Memorials in Mrs. Whitworth's name may be sent to American Cancer Society at 2433 Ridgepoint Drive #A, Austin, Texas 78754 or may be donated online at www.cancer.org.
Published by Austin American-Statesman from May 13 to May 14, 2015.
To plant trees in memory, please visit our Sympathy Store.
MEMORIAL EVENTS
To offer your sympathy during this difficult time, you can now have memorial trees planted in a National Forest in memory of your loved one.
MAKE A DONATION
Please consider a donation as requested by the family.
MEMORIES & CONDOLENCES
6 Entries
Joan Holloway's name popped into my head tonight and I went looking for her online. Found this. Joan hired me while I was in law school at University of Texas to work for her at the Texas Aeronautics Commission. Her son, Mike, was a friend of mine and a classmate at UT Law, but I met her through other political types. She was so smart and driven. I learned much from her. She and Harry Whitworth were early in their relationship, and he also taught me things about life, things like making time to coach Little League when I eventually had kids. I've thought of both of them many times over the years. Now here I am pushing 70 myself. They were grand, and I carry them in a special place in my heart.
Jim Moore
February 13, 2019
So saddened to just learn now of the death of my friend Joan Whitworth. When I lived in Austin and was down on my luck, Harry and Joan were invaluable helping me get back on my feet and realizing I had a good future ahead of me. Without their friendship, time, and good cheer, I would not be where I am today. She is in my prayers. John Gizzi, White House correspondent, Newsmax
January 2, 2017
I just found out Joan passed away. What a great lady...I will miss her. No doubt Harry gave her a big bear hug when they were reunited!
Joan Whitworth
November 8, 2015
Mike & family,

Please know that you folks are in our thoughts & prayers.
Bruce & Frances Webster
May 14, 2015 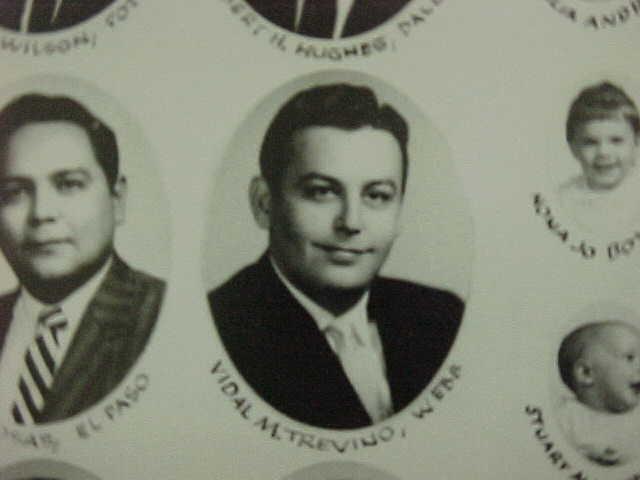 My most sincerest condolences to all of Joan's family. My father was Vidal Trevino and he always spoke so very kindly of Joan. They're both in Heaven right now remembering the fun times they enjoyed while working with each other.
I didn't know Joan, but I'm sure that to all her family and friends, she was a real day-brightener, and I'm also sure she will always be as fair as a star when only one is shining in the sky.
I am reminded of a quote from Ernest Hemingway's A Farewell to Arms: "The world breaks everyone, then some become strong at the broken places." I can only hope that, through your family and all of your friends, your own broken hearts are mending. For if in the next few days and weeks you relearn one lesson, I hope it is that love not only begets love, it transmits strength.
I will pray that all of Joan's family seek consolation in that special love which never dies, and find peace in that amazing grace that always is.
All my love and prayers,
David Vidal Treviño
David Trevino
May 14, 2015
To the Whitworth Family, on behalf of the Vidal Treviño family our deepest condolences. Any time our Dad reflected on his days in the Legislature, he would mention Joan. He would comment how very nice and helpful she was and how she sat right next to him in the House Chamber. There were no offices in the Capitol at that time for members. Again, Daddy always spoke very fondly of her. We are very touched that our Dad is mentioned in the summary of her incredible life. I know he was happy to join her loved ones in Heaven to welcome her home.
Nelda Trevino
May 13, 2015
Showing 1 - 6 of 6 results