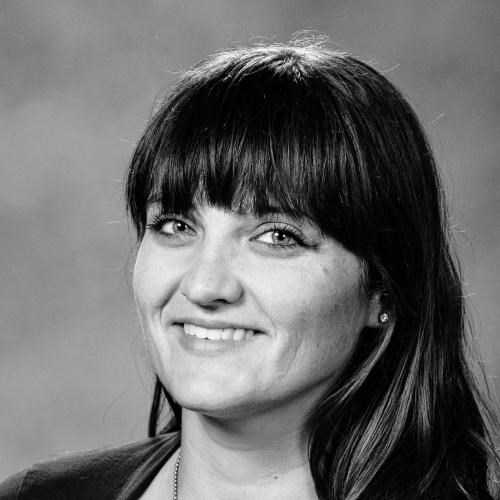 Kim graduated from the University of Texas with a degree in English. She taught English and Journalism for many years at Leander High School, and sponsored the student film club there. She later became certified as a paralegal and worked as a legal assistant at Allensworth & Porter, LLP. Over the years, she worked part time at Waterloo Records, Amy's Ice Creams, and Flipnotics, and volunteered at SXSW and Sundance Film Festival.

Kim, a.k.a. Sic Shooter, was active in the Texas Rollergirls for over ten years, skating for the Honky Tonk Heartbreakers, working as team captain, assisting with league business and marketing, and coaching, among other things. She was recently recognized for her contributions with Class Emeritus status, a high honor for skaters who have gone above and beyond.

Kim was beautiful, funny, kind, strong, and adventurous. She loved riding her bike, camping, hiking, swimming, film, and music. She inspired everyone she met with her bright and loving personality. She will be profoundly missed.

Published by Austin American-Statesman from Jun. 23 to Jun. 24, 2015.
To plant trees in memory, please visit the Sympathy Store.
MEMORIAL EVENTS
Jun
25
Visitation
6:00p.m. - 8:00p.m.
Austin-Peel & Son Funeral Home, Inc.
607 East Anderson Lane, Austin, TX
Jun
26
Funeral service
11:00a.m.
the LDS chapel
1000 Rutherford Lane, Austin, TX
Funeral services provided by:
Austin-Peel & Son Funeral Home, Inc.
MAKE A DONATION
MEMORIES & CONDOLENCES
Sponsored by Austin-Peel & Son Funeral Home, Inc..
16 Entries
She was my hero during one family reunion: always watching out for me and being a true friend. I will always remember her that way: heroic! :)
Meagan Lycnh
July 8, 2015
Words are difficult to find. While I was never in a "real" team with Sic/Kim, I skated & worked alongside her for many many years, & had nothing but respect for her. I saw her at a practice not very long ago ... still smiling & helping. She will be very missed.
Tomax Blade
June 27, 2015
I knew Kim about 10 years ago as Sic Shooter from the TXRollergirls. We were on different teams and not close, but she was smart and kind, and I was glad to have known her. I am so sorry for your loss. I know that she will be missed.
Cyndie Colburn
(Deadly Cyn)
June 26, 2015
im sorry
June 24, 2015
I'll always remember your beautiful smile in the hallways of Leander High School. Rest in peace sweet lady.
Lisa Garcia
June 24, 2015
Rest in peace sweet Kim...
candie french
June 23, 2015
I will miss you Kim and your beautiful smile. RIP sweet angel.
Erin Comstock
June 23, 2015
I wish comfort and peace to all who love her. She will be missed.
Michelle Heath
June 23, 2015
We are saddened by your loss. You are in our prayers and thoughts.
Kim & Scott Gamble
June 23, 2015
I had the pleasure of teaching with Kim in the Leander High School English Dept. The students and staff loved her so much!! She will always be in our hearts.
Marilyn Weisbruch
June 23, 2015
Kim was a true friend - loyal, trusting, kind, hilarious and a complete joy to be around. We met right after I moved to Austin and she welcomed me completely right away. We had so many adventures, road trips, laughs, and night swims - I really do cherish the memories of my times with her. Kim, I am very sorry to see you go, but I am glad that your painful struggle has ended. You inspired so many people during your short time here. Much love always to Kim and to everyone who had the joy of knowing her. xoxo
Susan Domelsmith
June 23, 2015
I will miss Kim so much. She was a wonderful cousin. I am happy I was able to see her last summer. My prayers are with your Family now and always. Love you Jena
Jena Fleming
June 23, 2015
I knew Kim briefly from seminary, but even from such a brief time I remember her well as being kind and welcoming, beautiful eyes and smile. I had admired her self confidence as well. Her mom, Linda, was my seminary teacher so my heart really goes out to her and of course the rest of the family.
Diana Hall
June 23, 2015
Our prayers for the family. So blessed to have known Kim. Love to all. Waymon and Jeanne Brown
Jeanne Brown
June 23, 2015
Our prayers for the family. So blessed to have known Kim. Love to all. Waymon and Jeanne Brown
Jeanne Brown
June 23, 2015
Much love & respect Sic Shooter. I dedicate my game this weekend to you.
Nawty
June 23, 2015
Showing 1 - 16 of 16 results