Dr. Marilyn Rose Schultz
Dr. Marilyn Rose Schultz Dr. Marilyn Schultz, a college professor who helped to jump-start the careers of many young journalists and broadcast professionals in the Austin area died on January 10, 2010 after a brief illness. Dr. Schultz earned her Ph.D. (1993) in Journalism and Mass Communications and her M.A. in Telecommunications from Indiana University in Bloomington. She spent many years teaching journalism at the University of Texas at Austin and most recently at Austin's St. Edwards University. Father Lou Brusatti, Dean of the School of Humanities at St. Edward's University released the following statement: "Marilyn Schultz brought a tremendous amount of journalism expertise to the School of Humanities at St. Edward's University. Marilyn came to St. Edward's in 2002. During her time at St. Edward's, she served as the faculty advisor for SEU TV and created the video Basil Moreau: Legacy of Hope, which paid tribute to the university's founding religious order, the Congregation of Holy Cross. Marilyn once said that "teaching is the most important work I've ever done" which was obvious from her interactions with her students. She was motivation and inspiration for her students and colleagues. As a community, we are supporting one another as we mourn her death. She was a friend, colleague and neighbor over the years, and I will certainly miss her." Schultz is also credited with leading a class action discrimination suit against NBC and all of its affiliates in 1971 to attain equal opportunity and equal pay for women. The suit was eventually settled in the 1970s. She also worked as a researcher and on-air reporter for an NBC affiliate in Washington, D.C. Proceeded in death by her parents, Harry and Juanita Schultz. Marilyn is survived by her two sisters, Sandra Moberly (Bloomington, IN) and Cheryl Grove (San Diego, CA), one niece Wendy Irvine (Chicago, IL), four nephews Matt Grove (San Diego, CA), Justin Grove (Austin, TX), Garrett Grove (Sunnyvale, CA), and Charles Weddle (Indianapolis, IN); and, two great nephews Charlie and Grant Irvine (Chicago, IL). A memorial service will be held on Saturday, January 16, 2010 at 10:00 a.m. at Queen of Peace Chapel at St. Edward's University, 3001 South Congress Ave. A reception will follow in the Maloney Room at St. Edward's University.
Published by Austin American-Statesman on Jan. 13, 2010.
To plant trees in memory, please visit the Sympathy Store.
MEMORIAL EVENTS
To offer your sympathy during this difficult time, you can now have memorial trees planted in a National Forest in memory of your loved one.
MAKE A DONATION
MEMORIES & CONDOLENCES
16 Entries
Wow, I'm truly saddened to hear about this. Marilyn was an inspiring teacher. I was her pupil at UT from 1991-95 and she embodied the notion that there was a great, big world out there to cover. I've been fortunate to see much of that world and it is in no small part due to her. She'll be missed.
Ari Goldberg
Ari Goldberg
January 19, 2010
Marilyn was an amazing teacher, in the true sense. She cared deeply about her students. She taught us how to be compasionate without being weak. What a woman.
Shawna Castellano
Univeristy of Texas, Bachelor of Journalism, Broadcast
Shawna Castellano
January 16, 2010 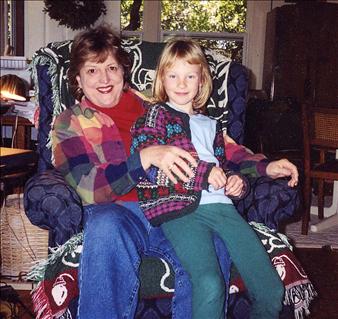 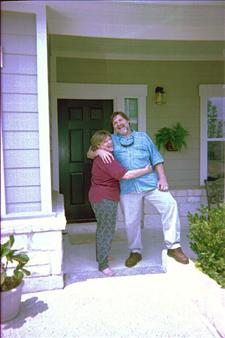 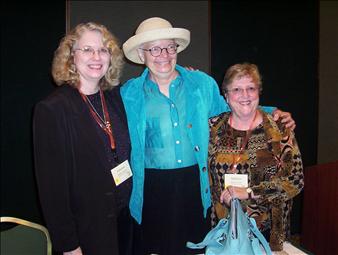 January 15, 2010
Seems like we spent nearly every night for five years in her living room across Cater street watching the evening news, eating and drinking and solving world problems and a few of our own. We nearly always ended arm in arm singing "You are my sunshine."
So one last time for you our lovely Mer.
"You are my sunshine, my only sunshine
You make me happy when sky are gray
You'll never know dear, how much I love you
Please don't take my sunshine away"

Rick and Julie
Rick/Julie Williams/Newton
January 15, 2010
I spent three semesters in the Broadcast Journalism Sequence at UT from 1992-93 while Marilyn headed the department. We were her first class there and we were in total awe of her experience working for NBC News in New York City. She exposed us to the realities of what we would face as broadcast journalists and I can think of no one better at keeping it real than Marilyn. She made us laugh a lot and helped fill those three semesters with some of the more memorable experiences of my life. I recently reconnected with her while working on a video memorial on Molly Ivins. Catching up wasn’t really Marilyn’s style. Instead she made it feel as if the 15 years since we last spoke had been more like 3 hours. It was familiar and she was still the same. Witty, a little scattered, and energized as if the next newscast was less than two minutes away and she had the top story. She will be missed.
Ted Barnhill
January 15, 2010
Marilyn was poised for greatness even in high school. She was a cheer leader all four years and captain of the squad when she was a senior. She was an honor student and participated in debate, choir, and theater. As a strong feminist and journalist, she certainly made her mark in the world.
Phil Coons
January 14, 2010
Marilyn was a high school classmate..... and I have sent an e-mail to notify the class of her death.

My sympathy to her family and friends.
VICKIE WRIGHT FRANCUS
January 14, 2010
I will miss Marilyn's amazing meals, her calls asking, "Pammie, do you have any....?"; it could range from brown rice to bourbon.
I will miss her crazy stories and experiences and her view of the world and her advice about my view of the world and so many things I can't even list them all.
Peace to you, Marilyn.
Pam Vaught
January 14, 2010
Marilyn and her cat were my neighbors for many years. My daughter and I introduced her to the concept of toddlers. She was smart and sensitive and honest....and very funny ...and humble. I really liked her Kentucky Derby parties....festive and great hats. I wish I could hug her now. RIP, dear Marilyn.
martha
January 13, 2010
Marilyn's stories were a great addition to the fabled Mouton Hunt.
Laura Burns
January 13, 2010
Such a loss. Marilyn is one of the most influential women in my life. She was instrumental in molding my career path and inspired me in more ways than one. So fun and feisty - she will definitely be missed.
Haley Cihock
January 13, 2010
Friend, colleague,and just such a decent fun person. Marilyn will be missed.

Anne Crane, IHM
anne crane
January 13, 2010
To Marilyn's family, friends, colleagues, and students: Please accept my sympathy in your loss. Marilyn was a spark plug who "charged our lives". May God bless you with His comfort, His peace,and your memories of Marilyn.
Nancy Thompson
January 13, 2010
They broke the mold. There will never be another one like Marilyn. This is a great loss.
A Friend
January 13, 2010
Showing 1 - 16 of 16 results