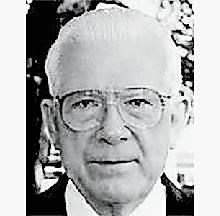 FUNERAL HOME
Harrell Funeral Home of Austin
4435 Frontier Trail
Austin, TX
WILSON, CSC, Brother Martin (Leslie) Brother Martin Wilson, 95, a member of the Congregation of Holy Cross, passed away February 5, 2019 at the Brother Vincent Pieau Residence, Austin, TX. Born and raised in Natchez, MS, he became aware of the vocation of the religious Brother through the Sacred Heart Brothers who taught him at St. Joseph's High School. After graduation, he entered the juniorate program for the Brothers of Holy Cross at Watertown, WI. He was then received as a novice at Rolling Prairie, IN where he made his first profession of vows in August 1942. Br. Martin received a B.A. in History from the University of Notre Dame, Notre Dame, IN and later a master's degree in Education from Our Lady of the Lake University, San Antonio, TX. After teaching for a few years at Cathedral High School, Indianapolis, IN, Br. Martin responded to the call to serve as a missionary in East Pakistan. In his fourteen years overseas, he taught at Holy Cross High School in Bandura and St. Gregory's High School in Dhaka. Afterwards, back in the States, he served as a teacher and counselor at schools conducted by the Brothers of Holy Cross in Miami; in Sherman Oaks, CA; and for over 20 years at the Holy Cross School, New Orleans. He was a promoter of vocations for the Brothers of Holy Cross and served briefly in pastoral ministry to the elderly in Biloxi, MS. In 1993, when he retired from school duties, he devoted himself to providing support services to his Brothers in community in New Orleans and then at the Brother Vincent Pieau Residence in Austin for as long as he was able. In 2017, Br. Martin celebrated his 75th year as a Brother of Holy Cross. Services for Brother Martin Wilson, CSC will be at the chapel of the Brother Vincent Pieau Residence, Austin, TX. The Memorial Service will be on Friday, February 8, 2019 at 7:00 PM. The Mass of Christian Burial will be celebrated on Saturday, February 9, 2019 at 10:30 AM, followed by interment at Assumption Cemetery. Condolences may be sent to: www.harrellfuneralhomes.com.