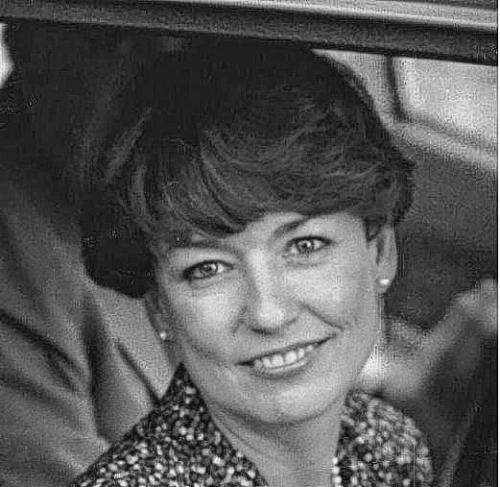 Penny passed away Monday April 14, 2014 after a long illness. A resident of Austin since 1979 when her husband, Lt. Colonel Terrell Burnett, retired from the US Air Force at Bergstom AFB and undertook a career as a financial adviser. Penny's mother's family were Austin residents, and Penny spent many Christmas and summer vacations here, so regarded their relocation as a home coming. As an Air Force family, she and Terry and their children lived in many parts of the US and in Asia, and Penny learned the love of travel which led to many trips to Europe, especially Italy where she indulged her passion for art history.

Penny's professional career also centered on the arts, beginning as director of the Roseville Art Center in California immediately after graduating from the University of California, Sacramento. Upon moving to Austin, she began work at Laguna Gloria Art Museum and quickly became its Development Director. After a long employment there, she became Director of Development for the University of Texas School of Architecture. Shortly after its founding, Penny took the reins of Development for the Austin Lyric Opera until her retirement because of her illness in 2003.

Among many accomplishments at ALO, she directed the capital campaign which built ALO's offices and studio and the Armstrong Music School on Barton Springs Road designed by Lake Flato of San Antonio She and Terry also organized and led an Austin Opera patron tour to Italy. On several trips Penny and Terry pursued the "Piero della Francesca trail." Penny was an avid reader her whole life, and her interest in design is reflected in all she touched and in the art she collected.

Penny also contributed her talents to All Saints Episcopal Church where she served on the Altar Guild, the Vestry and as Senior Warden. She also instituted the design and installation of All Saints' Columbarium where she will be interred.

She is survived by her husband, Terrell Burnett, daughter Lara Burnett, and brother Harry Pope of Austin. Her son, Christopher Burnett and his wife Stephanie and their children Hayden, Colton, and Lyndon live in Denver Colorado.

In lieu of flowers, Penny's family requests your donations to CurePSP.org (Progressive Supranuclear Palsy) which is seeking advances in treatment of neurological diseases.

Funeral services and interment will be at All Saints Episcopal Church (209 W. 27th St. 78705) at 4 pm on Wednesday April 23, followed by a reception in the Parish Hall.
Published by Austin American-Statesman from Apr. 20 to Apr. 23, 2014.
To plant trees in memory, please visit the Sympathy Store.
MEMORIAL EVENTS
Apr
23
Funeral service
4:00p.m.
All Saints Episcopal Church
209 W. 27th St. , TX
Apr
23
Interment
All Saints Episcopal Church
209 W. 27th St., TX
MAKE A DONATION
MEMORIES & CONDOLENCES
4 Entries
We miss you, Penny. You were a warm, nurturing, inspiring, beautiful, resilient, strong, intelligent, delightful light in ALL of our lives. We truly know you were a gift and blessing directly from God & confidently know you are watching and encouraging and loving us ALL still forever. Love and gratitude, smiles and hugs to you always.
Rosiland Roemer Akins and Steven Fred Akins
August 23, 2014
Terry and Penny's great love is an inspiration for all of us. My heart goes out to all who will miss her so dearly.
Paula Kothmann
April 23, 2014
Terry,

My heart is heavy with this news...my memories of Penny and working with her on so many wonderful Opera events over the years are some of the best of my life. She is a magical spirit and will continue to inspire and delight all of us whose lives she touched. She helped me find my own courage and confidence to delve into life and my chosen field, to bravely make a statement and then create a genuine world around it. I cherish and carry our talks with me always. My love and support go out to you and the family. If you need anything let me know.
Patrick Landrum
April 21, 2014
Terry,
We are all saddened to see Penny has gone home. She was a wonderful and classy lady. Our thoughts are with you.
Tarrytown Dental
April 21, 2014
Showing 1 - 4 of 4 results