BORN
1947
DIED
2015
FUNERAL HOME
Harrell Funeral Home of Austin
4435 Frontier Trail
Austin, TX
BAYS, Richard Bruce "Rick"
Richard Bruce Bays, 68, passed away peacefully with his family and dear friends by his side on September 24, 2015, after a short 7 month battle against cancer. Rick was born in Waco, TX, on March 30, 1947. His family moved to Austin in 1960 when his father, the late Gordon Bays, was named Pastor of Congress Avenue Baptist Church. Rick was a graduate of William B. Travis High School in Austin and of Baylor University in Waco.

After his graduation from Baylor University, Rick proudly served our country in the United State Army. He joined the Army and was admitted in Officer Candidate School at The U.S. Army Engineer School in Fort Belvoir, VA. After his Officer Commission, he proudly served in Viet Nam where he was awarded a Bronze Star for his Meritorious Service.

Rick was a passionate man. He loved the Lord, his family and Public Health.

While the boys were growing up, Rick spent countless hours at the Oak Hill Baseball Fields. In addition to coaching, he held various volunteer positions. He coached the boys until as he said, "they out grew him".

In 2007, Rick began serving as the Director of the Response and Recovery Unit in the DSHS Community Preparedness Section. His many years of service and resulting relationships with agencies and key leaders across the state, prepared him well to provide leadership during some of the most challenging disasters in state history, including Tropical Storm Eduard, Hurricane Ike, Hurricane Gustav, Hurricane Dolly, Hurricane Alex, the San Angelo: Yearning for Zion Ranch response, H1N1 Pandemic, West Nile Virus Outbreak, Bastrop Wildfires and West Fertilizer Plant Explosion. He leaves a rich legacy and an indelible mark on the health of Texas.

After retirement, he continued to serve the people of Texas through his efforts with BCFS Health and Human Services.

He was preceded in death by his parents, Gordon B. Bays and Pauldean Bays. He is survived by his wife and soulmate Brenda Kelley Bays, sons Patrick Bays and wife Lisa; Brandon Bays, wife Vanessa and the light of his life his grandson, Felton Bruce Bays. He is also survived by Phillip Bays.

The family would like to acknowledge the incredible love and care provided by BFCFS Health and Human Services during his last days. We were honored and humbled by their support and generosity shown to our entire family. They were indeed Rick's Angels.

In lieu of flowers, donations can be made to BCFS Health and Human Services: BCFS 1506 Bexar Crossing San Antonio, Texas 78232 or on their website www.bcfs.net

Interment will follow at the Central Texas State Veteran's Cemetery in Killeen, TX.

Condolences may be sent to: www.harrellfuneralhomes.com. 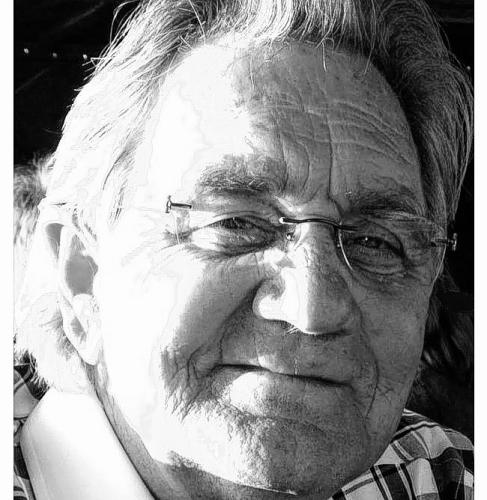 To plant trees in memory, please visit our Sympathy Store.
Published by Austin American-Statesman from Sep. 27 to Sep. 29, 2015.
MEMORIAL EVENTS
Sep
28
Visitation
6:00p.m. - 8:00p.m.
Harrell Funeral Home of Austin
4435 Frontier Trail (at South Lamar and Ben White), Austin, TX
Sep
29
Celebration of Life
12:00p.m.
First Baptist Church of Georgetown
1333 W. University Ave., TX
Sep
29
Interment
Central Texas State Veteran's Cemetery
, Killeen, TX
Funeral services provided by:
Harrell Funeral Home of Austin
MEMORIES & CONDOLENCES
Sponsored by Harrell Funeral Home of Austin.
4 Entries
Ricky sat in front of me in German class for a few years at Travis High. He was one of the most considerate people I have ever met. I haven't seen him since 1968, but I often remembered how helpful he was.
Judy Kay Moore
October 1, 2015
Brenda & Family,

We are so sorry for your loss. Rick's kind and gentle spirit coupled with his quick wit and remarkable personality captivated our whole family. He will certainly be missed. Please know that we love you very much and pray that God will surround you and give you strength through this difficult time.

Sincerely,
Carey & Melanie Pugh
Carey Pugh
September 28, 2015
I had the opportunity to work with Rick in a variety of settings. Sorry to hear of his passing....I know spending time with his grand daughter was so important to him.
Vicki Hansen
September 28, 2015
I am so sorry to hear this. His family meant so much to me, his dad baptized me and Ricky was such a good person. He will be missed.