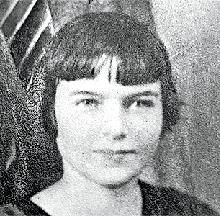 BORN
1917
DIED
2018
MOORE-WILSON, Ruth Ruth Edna Wilson Moore-Wilson was born August 24, 1917 and died peacefully on September 18, 2018 in Austin, Texas--the same city where she was born 101 years earlier. She was the daughter of Donald Oscar Wilson and Edna Verna English Wilson of Austin, Texas. Ruth, or "Aunt Ruthie" to many, led an interesting and colorful life. She was born in her parents' house at 4211 Avenue F in the "new" Hyde Park neighborhood in Austin, Texas, just inside the city limits. Their house was located a half block from the end of the electric trolley line to downtown. The main north-south road near them at that time was Speedway Avenue, which was still partially a dirt road. There were very few cars. Horses and buggies were the primary mode of transportation. Those who could afford it rode the trolley for 5 cents. During her young childhood, her siblings led the family's cow in from the pasture daily for milking, but as the third of four children and apparently in a race to be the craftiest, she managed to wiggle out of that choreclaiming the chiggers bit her too much. Instead, Ruth's daily chore was to feed the chickens and gather eggs from the chicken coop in the back yard. Another one of her childhood jobs was dusting the furniture since air conditioning in the 1920's consisted of open windows with screens and pot-bellied stoves. She often recalled that it was a very quiet and peaceful time to grow up, with memories of hide-and-seek games, scooters, bikes, wagons, trolley-car bells, home-cooked meals, milk delivered daily in tall, glass bottles to the front steps (after they no longer kept a cow), an ice box filled with blocks of ice delivered by the ice man every other day, and Sunday excursions with the whole family in their new car. When Ruth was 10, her father was able to purchase a car since he had a good job as assistant postmaster of Austin. It replaced their horse-drawn carriage and was a black 1927 Model-A Ford (all cars were black in those days); and it was one of the first motor vehicles in the neighborhood. However, most roads then were gravel and pot-holed; so routinely, horse-drawn graders would come by to help level the dusty streets and make them more suitable for buggies and cars. Her mother was a staunch believer in education and urged her to go to nursing school after graduating from Austin High. She did, for $40 tuition, at the old Seton Hospital on 27th Street in Austin near The University. Toward the end of nursing school, the hospital provided her room and board and a salary of $9 per month, eventually raising it to $12 per month--less (as was the common practice) the replacement cost of any medical supplies or other equipment she might have broken. After graduation and several years of nursing at Seton Hospital, Ruth began flying in 1943 as a stewardess for Braniff Airways. Braniff at the time only hired RNs for the position. She got the job in part because of a letter of recommendation from a young politician named Lyndon Baines Johnson who had received exceptional care from her during his brief stay in the hospital. He offered to be of assistance to her if he ever couldand she took him up on it. After Braniff, Ruth worked many years for Dr. John Dale Weaver, a physician in Austin. In 1958, she retired from nursing and married Cecil Carter Moore of Austin. Cecil owned the local Falstaff and Lone Star beer distributorships. They enjoyed many years together in their home on Eck Lane on the shores of Lake Travis in Travis County until he passed on September 21, 1967. After Cecil died, Ruth enjoyed her dogs and kept active in maintaining their Eck Lane acreage on Lake Travis. Her nieces and nephews and their children were forever entertained by getting to go to Aunt Ruthie's so they could drive her seated mower and ride her hillside "trolley" down to the lakefront to swim. She will also be remembered fondly for Big Red soda pop floats, marathon gin rummy games, Sunday nights watching the Muppet Show on TV, and her wigs with which her grandnieces never tired of playing. Later in life, Ruth brushed up her nursing skills to help an Eck Lane neighbor through an illness. The neighbor was a handsome widower of her generation, Dr. John Andrew "Jack" Wilson who was a retired professor emeritus of geology at The University of Texas at Austin and who had founded the nationally-renowned Vertebrate Paleontology Laboratory at The University. They married shortly thereafter in 1992, and Ruth moved into Jack's house next door at the lake. In marrying Jack, she acquired the most-unusual name of Ruth Edna Wilson Moore-Wilson. (Sometimes she overlooked putting the hyphen in Moore-Wilson.) After their wonderful years together, Jack passed away in 2008. Ruth was predeceased by her two brothers and sister: Donald Arthur Wilson (1993); Lawrence English Wilson (2016); and Eileen Bertha Patterson (2017), widow of Woodrow Wilson "Woody" Patterson (1995). She is survived by her many nieces and nephews: Carol Jean Patterson Niemann (Larry) of Austin; Donald McCamy Patterson (Carroll) of Austin; Susan Ruth Patterson Johnson of Austin; John Kirk Patterson (Carol) of San Antonio; Will Scott Patterson (Carolyn) of Georgetown; Lawrence Cleveland Wilson (Gail) of San Antonio; Stephen English Wilson (Aimee) of San Antonio; Judy Edna Wilson Galuppo (Phil) of Charleston, South Carolina; and Ruth Louise Wilson Coombs (Gary) of San Antonio. One of her nieces, Connie Clair Patterson (Houston), predeceased her. Other surviving family members include Jack Wilson's sons: Christopher John Wilson (Carol) of Austin; Robert Stephen Wilson (Marian) of Austin; and Kenneth James Wilson (Vreni) of Austinand many great and great-great nieces and nephews. Her last years were spent at Brookdale Nursing Home in north Austin. The family is very grateful for the excellent care she received from Brookdale. 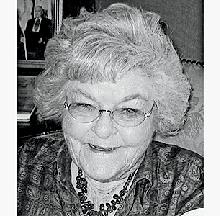 Published by Austin American-Statesman on Oct. 14, 2018.
To plant trees in memory, please visit the Sympathy Store.
MEMORIAL EVENTS
To offer your sympathy during this difficult time, you can now have memorial trees planted in a National Forest in memory of your loved one.
MAKE A DONATION
MEMORIES & CONDOLENCES
0 Entries
Be the first to post a memory or condolences.