FUNERAL HOME
Cook-Walden Funeral Home
6100 North Lamar
Austin, TX
Sam Warrington Sam L. Warrington, P. E., 91, of Austin, passed away December 11, 2012. One of nine children, he was born on November 17, 1921 in Blooming Grove, Texas. He attended and graduated from Corsicana High School. Upon completion of military service in the United States Navy during World War II, Sam entered the University of Texas at Austin and received a Bachelor of Science in Civil Engineering. He was employed as a sanitary engineer for the Texas State Health Department and a life-long professional engineer. After retiring from the state, he worked for the City of Austin Water and Wastewater Department. It was important to Sam that all the water and sewage operators be certified so they could receive promotions to improve their livelihoods. In his spare time, he enjoyed refurbishing used cars, terracing his lot and traveling extensively. He also enjoyed being a 50-year member of St. John's United Methodist Church. Sam served as the president of the Water Pollution Control Federation, now known as the Water Environmental Association. He was a life member of the Texas Water Utilities Association, and also served as secretary of the V. M. Ehlers Memorial Fund that provides scholarships to college-bound students. He is survived by his wife of 64 years, Virginia Warrington and his sister, Wanda Ard; his children, Diana Yarbrough, and husband, Randy; Cynthia Birdwell, and husband, Wes; Sylvia Tate; and Steve Warrington, and wife, Randi. Surviving grandchildren are Brian Parker, and wife, Grayce; Jason Birdwell, and wife, Micah; Jessica Birdwell; Samara Mendez, and husband, Tommy; and Larisa Tate. Friends are cordially invited to a visitation with the family from six o'clock until eight o'clock in the evening, on Thursday, the 13th of December 2012, at Cook-Walden Funeral Home, 6100 North Lamar Boulevard, Austin, Texas. A Memorial Service will be conducted at half past ten o'clock in the morning on Friday, the 14th of December, At St, John United Methodist Church, 2140 Allandale, Austin, Texas. In lieu of flowers, memorial contributions may be made to the V. M. Ehlers Scholarship Fund, 1106 Clayton Lane, Suite 112 West, Austin, TX 78723, or St. Johns United Methodist Church, 2140 Allendale Road, Austin, TX 78756. Condolences may be sent to www.cookwaldenfuneralhome.com

Published by Austin American-Statesman on Dec. 13, 2012.
To plant trees in memory, please visit the Sympathy Store.
MEMORIAL EVENTS
To offer your sympathy during this difficult time, you can now have memorial trees planted in a National Forest in memory of your loved one.
Funeral services provided by:
Cook-Walden Funeral Home
MAKE A DONATION
MEMORIES & CONDOLENCES
14 Entries
Thank you, Sam, for your service to our country.
Col George O Lewis, USAF (Ret)
January 19, 2013
As one of the founders and a current director of the Protect Lake Travis Association (PLTA), I would like to offer the condolences of our board at the passing of Sam Warrington, who ablely served as a member of our board for about a decade. The PLTA is dedicated to preserving the water quality of the Lake and its watershed for the benefit of both residents and visitors. Sam assisted us in this work with his detailed knowledge of water and wastewater issues. Lonnie Moore, our current president, joins me in expressing our sadness that he is gone, but also in celebrating his active and accomplished life.

John Strickland, member: PLTA board of directors
John Strickland
December 18, 2012
Mr. Warrington will be fondly remembered as a champion of the water and wastewater industry and a role model to many of us. The Water Environment Association of Texas (WEAT) send our condolences to the entire Warrington family.
John Bennett - WEAT President
December 17, 2012
Virginia,
It has been years since Sally and I have seen you and Sam at WEF. I am so sorry to learn of his passing. He was such an inspiration to those of us who followed in the WEF leadership. Quiet, thoughtful, enthusiastic - a great champion for our profession. I am sure he played a similar role as mentor for many young people in your community. He will be missed but his memory and legacy will live on.
Gerry Schwartz
December 16, 2012
Sam was a mentor for many of us at the City of Austin, and I will always look back at my years working under him as some of the best of my life. He was responsible for helping me receive a V.M. Ehlers scholarship while employed with the City, and I completed my civil engineering degree at UT with his encouragement. I will truly miss him. To sum it up, he was just a great guy.

Thanks for being my friend and mentor,

Jim Doersam, P.E., San Antonio River Authority
Jim Doersam
December 14, 2012
My condolences the Sam Warrington family. I worked with Mr. Warrington at the City of Austin Water & Wastewater Department in the early 1980's. He was a very good engineer who put the health, safety & welfare of the public ahead of any personal gain. He was a incredibly good role model for me and other young engineers.

Jonathan Janek, P.E.
Jonathan Janek
December 14, 2012
Dear Warrington Family, I'm so sorry to hear of your loss. It's been so many years since I have seen you. Mr Warrington was always friendly when my sister and I came over to visit Diana, Cynthia and Sylvia (Nymp, Nype and Nover). (a long time ago) I remember going to church camp one year. We were late deciding on going and he drove us in the camper of a pickup all the way to camp. I remember going horse back riding at camp and getting lost while horseback riding and we were late coming back to the retreat. We knew that we would miss the revival so Sam stopped the bus and let us go swimming somewhere along the road. I remember going to Dallas to see Sam's mother and sister. There was a movie at their church but we hadn't brought any clothes for church. Sam's sister let us dress up in her skirts and shirts so we could go to the movie. I have many good memories with the Warrington family. Sam always made us feel welcome. My sympathies, Jill Kelly Kinkade
December 13, 2012
What an incredible person and his devotion to assisting others will all be remembered. From those at TWUA we will always remember and appreciate what Sam provided to the association and to the Water and Wastewater industry. Russell Hamilton - Executive Director, TWUA.
December 13, 2012
Dear Virginia and family, I am very glad to have met you at Summit Lakeway SNF Clairebridge. I will miss seeing you and discussing football, and I miss seeing Sam at his usual table, though I am glad he is at peace. I am keeping your family in my thoughts and wish you fond memories and remembrances.
Karen Ballinger
December 13, 2012
I will always remember Sam as a good neighbor and dependable and supportive member of the Comanche Trail Community including service on the association board. During the time we lived there he always participated in neighborhood events and was a pleasure to visit with. His expertise was also valuable in bringing water service to the community. I am please to have known him and send condolences to Virginia and his family.
Z. Smith
December 13, 2012
I wish to offer my condolences to Sam Warrington's family. I worked with Mr. Warrington at the City of Austin in the mid-1980's. He brought good sense and sanity to a tumultuous time. We could not build wastewater treatment capacity for the City fast enough in those days. He was a good engineer and worked well with co-workers, bosses, consultants, contractors and the public. He was a good role model for me and other young engineers.
Gary M. Kosut, P.E.
December 13, 2012
Mr. Sam you will be missed dearly. From all at the summit
Joyce Jackson
December 13, 2012
Dear Virginia, we are living in Smithville, Texas now and the internet news is the only way we can keep up with Austin, and we wanted to express our sincere sympathy to you. We remember the hours you and Sam spent helping Friendship Center, you up front and Sam behind the scenes! You are in my thoughts and prayers, Frances Slaughter
December 13, 2012 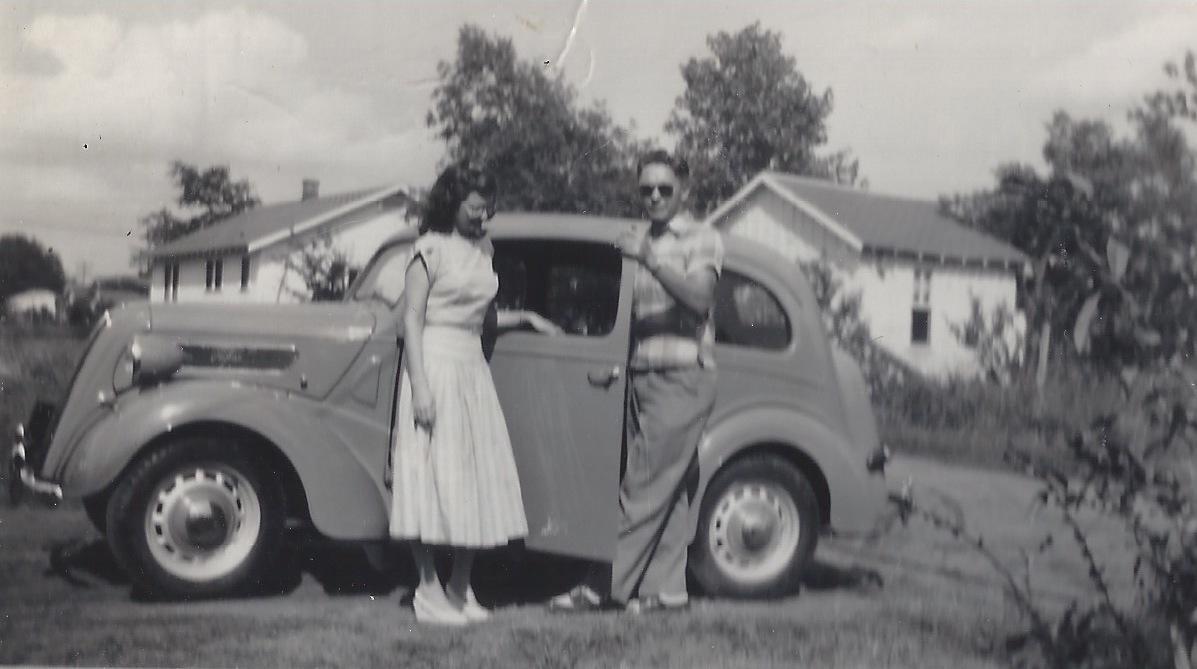