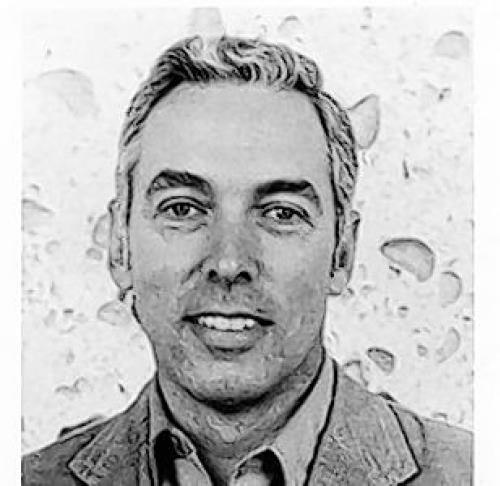 GRIEDER, Terence Terence Grieder 86, died peacefully on the morning of February 21st, 2018, surrounded by those he loved most and, unfettered from the constraints of his failing body, he moved toward the Blue Light. He lives on in the hearts and stories of his wife of 45 years, Dagmar Janiel Grieder; his son, Matthew Grieder and wife Keiko Asao; his daughter, Miranda Grieder, husband David Cochran, and grandson Liam Cochran; his stepdaughter, Sharon Wilson, and stepson, Steve Wilson; his brother, Timothy Grieder and wife Virginia, their sons Tony and Kit, and their spouses; and his brother-in-law, Michael Janiel. He will also be fondly remembered by his many friends, colleagues, and students as a man with ideas in such varied disciplines as Ecology before Columbus and modern City Planning. He was a good and gentle man. Terry was born in Cedar Rapids, IA, to Calvin and Florence Grieder, but considered himself re-born at the age of 8 in Boulder, Co, at the foot of the Rocky Mountains he so loved. At an early age he started drawing and painting, often focusing on indigenous peoples, and he was fascinated by stories of early cultures. Earl Morris, a family friend, who was an archaeologist, became his role model for a full and rich life of scholarship and adventure. At the time of his death Terence Grieder was Professor Emeritus of Art History at the University of Texas at Austin. He graduated Magna Cum Laude with a B.A. in Fine Arts from the University of Colorado in 1953. In 1956 he earned an M.S. in Applied Art (Painting) at the University of Wisconsin-Madison and in 1961 received his Ph.D. in the History of Art at the University of Pennsylvania with a dissertation on "The Development of Representational Painting on Maya Pottery." He joined the faculty at UT in 1961 where he taught until 2000, retiring as David Bruton Jr. Centennial Professor of Art History. Terry was an internationally renowned scholar of Pre-Columbian and Latin American art. He oversaw key excavations in the Andes and published his findings in a series of definitive books that reshaped the history of Latin American art and archaeology: Art and Archaeology of Pashash (1978), The Origins of Pre-Columbian Art (1982), La Galgada, Peru: A Pre-Ceramic Culture in Transition (Editor, 1988), and Art and Archaeology of Challuabamba, Ecuador (Editor, 2010). His scholarly papers were published in English, German, and Spanish language journals, and he also wrote a well-received introductory text, Artist and Audience (1990). Terry was a much-beloved teacher, whose gentle demeanor in graduate seminars enabled his students to join him in arriving at unique conclusions about the invention and diffusion of art and culture in the ancient world. A memorial service is planned for June 2, 2018, 2 p.m. at Wildflower Church in Austin, 1314 E. Oltorf St. A reception will follow the service. In lieu of flowers, please consider a donation to Doctors Without Borders or the charity of your choice.
To plant trees in memory, please visit our Sympathy Store.
Published by Austin American-Statesman on Mar. 4, 2018.
MEMORIAL EVENTS
Jun
2
Memorial service
2:00p.m.
Wildflower Church
1314 E. Oltorf St., Austin, TX
MAKE A DONATION
Please consider a donation as requested by the family.
MEMORIES & CONDOLENCES
6 Entries
I took Pre-Columbian Art with Dr. Grieder in 1976 and it was my favorite course. He was a wonderful story-teller and he brought out the best in his students. He brought the subject alive more than any art history professor I have had. I wish I had taken more courses with him and gotten to know him better.
Pamela Jones
January 29, 2019
Dr. Grieder was a star in the firmament of humanity. I had two classes with him as professor. He inspired me to work harder than I thought possible. Dr. Grieder inspired curiosity about the world and the discipline to look deeply. I will always be grateful to him.
Melanie Hickerson
March 15, 2018
M
Melanie Hickerson
March 15, 2018
Reading about Terry and his gifts and accomplishments helps me understand why I love Miranda so much. She apparently holds many of his gifts and persuasions. We are blessed that she, David, and Liam live in Hattiesburg, MS. My best to all the family at this sad time.
Margaret Thomas
March 8, 2018
Dr. Grieder was my professor, mentor, and an advisor for my graduate work at UT Austin. I was his teaching assistant for several classes. He was a gifted scholar and generous with his time and guidance. He also warned me that I had workaholic tendencies. Still working on that, Terry. Thank you. You will be missed.
John Machado
March 7, 2018
Dagmar, we were fortunate to know Terry, a wonderful man.
My good fortune was to work with you at our downtown bank.
We send our deepest sympathy to you and all family.
Shirley and Brad Ellis
Brad/Shirley Ellis
March 6, 2018
Showing 1 - 6 of 6 results