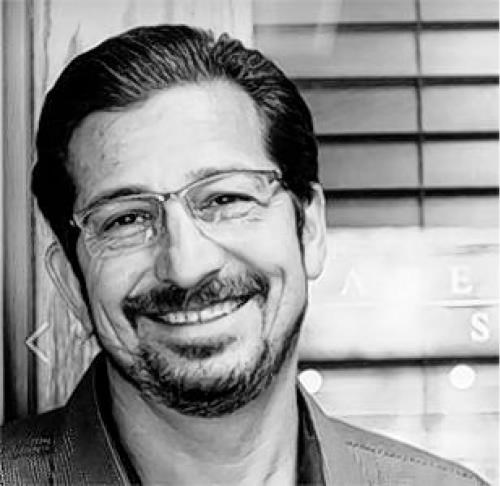 SHAUGHNESSY, Theodore "Ted" Theodore "Ted" Shaughnessy died doing exactly what everyone that knew him knew that he would do in a situation that threatened both his and his wife's lives. He saved the life of his wife, Corey, by giving her just a few critical seconds to fight back. Both he and one of their Rottweilers, the beloved "Bart" were shot to death during the invasion of the Shaughnessy home. Ted was patient, kind and loving. He loved his job and took great pleasure in helping folks find beautiful jewelry that represented special times in their lives. Playing show-and-tell with all the gemstones was a favorite pastime and so was just chatting and becoming friends with his clients. These chats could last hours and range across varied topics, starting with jewelry or gemstones but then jumping to a comparison of grilling techniques, the sharing of auto or kart racing stories, or just the swapping of dog taleswho knew what he would end up talking about! He thoroughly enjoyed it and he made lasting friendships. Ted was a proud father to his son, Nicolas, and one of his most cherished memories was of racing against his son at the Karting track. He took great satisfaction in having taught his son well enough to beat his dad to the finish line. Ted and Corey celebrated their 30th wedding anniversary this past January. It is a long time, but not nearly long enough. There was so much more to experience and live through together. They were true partners in every sense, the best of friends, and now one half of the whole is gone. Ted is survived by his wife, Corey, and his son, Nicolas. Ted is also survived by his mother, Teresa Shaughnessy ; brother and sister-in-law, Thomas and Stephanie Shaughnessy; niece, Katie Shaughnessy ; brother, Timothy Shaughnessy ; his father and mother-in-law David and Barbara Garman; brother-in-law David Garman Jr.; and, Nicolas' Godmother, Betty Bednarz. To remember Ted, please do someone a little kindness and ask that they pay it forward. 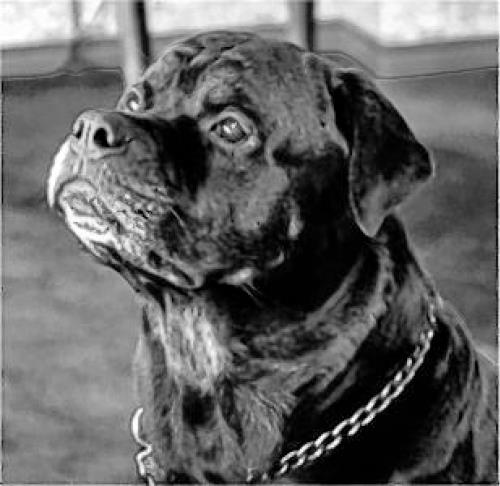 Published by Austin American-Statesman on Mar. 10, 2018.
To plant trees in memory, please visit the Sympathy Store.
MEMORIAL EVENTS
To offer your sympathy during this difficult time, you can now have memorial trees planted in a National Forest in memory of your loved one.
MAKE A DONATION
MEMORIES & CONDOLENCES
29 Entries
Dear Ted,
We miss you immensely.
It's been 2 years and 2 days
since you were taken from us.
We are shocked at the cruel and heinous tragedy that took place.
Tom, Steph, & Kaitlin send their love. Mother and I watch TV with you and Ryan everyday. Things
are so different without you.

Tim Shaughnessy
Brother
March 4, 2020
Thinking of you it's been a year. Still feels unreal. Greg and I still miss visiting and giving Bart pets for purrs.
L. Karim
March 4, 2019
We miss you Ted. Thank you for sharing all the important events with us for over a decade. Our heart aches when we think of going to see you but remember you are gone.
Corey, he loved you so much as was evident at every visit we had with him. Take care. We pray God will comfort and guide you.
The Chings
July 26, 2018
The Shaughnessy family,
My sincerest condolences for your great loss. Ted was a very kind and respected man in the community. As a gem dealer over the last 20 years, meeting him when I could was always a very pleasant experience. He will be greatly missed by many.
-BD Carter
B. D. Carter
July 26, 2018
I join with the Shaughnessy family and the community in their loss
Please know that you are not alone during this time.
Thea Goodman
June 10, 2018
Wendy Nichols
June 5, 2018
Ted's friends and customers have said some beautiful things about my brother Ted. Today mother and I celebrate her 90th birthday, it just isn't the same knowing that Ted is no longer with us.
Corey and Nicholas, we are sickened by the loss of your husband, father, our son, and brother.
Trying to find one word that might identify Ted.......For us, that word would have to be...."Inimitable"....
May you rest in peace
Tim Shaughnessy
Brother
March 28, 2018
Corey,
So sorry for your loss. Your husband was an amazing man and you made such a great team. You may not remember us, but my husband bought diamond earring jackets from you several years ago. You said, I just knew I would sell these this year!! No one else in Austin ever heard of earring jackets before you. My husband also bought me an additional stocking stuffer after hanging out with Ted!!

I wear both pieces everyday but now every time I touch them, I think of you and your husband and say a little prayer. May god protect you and your family.
JoAnne Youngkin
March 26, 2018
My condolences go out to Corey and Nicholas. They both made several beautiful pieces of jewelry for me. I always loved going into their store to visit with them and Bart and their other dogs. RIP TED AND BART.
Mae Dean Hahn
March 23, 2018
We are sickened by this loss, yet so grateful to have known Ted (and Bart). This amazing man made an imprint on our lives, first with his great passion and talent in crafting custom jewelry for our wedding and beyond. Ted even helped my friend out of state get connected with a jeweler he trusted there. But it's the easy friendship we developed with Ted that makes our memory of him, and the jewelry that he made us even more special forever. He brought joy to every day we visited the shop, learning all about gemstones, Rottweilers, Pixar movies and more. One time he lent us his own copy of the movie Ratatoulie! I was always inspired by Ted's kind and fun nature, and will continue to be. Our heart is with you, Corey and Nicolas.
Rachel and Darron Davis
March 21, 2018
Ted,
My first mentor In racing. I owe him a lot. He was very dear to my heart and I miss him greatly. Godspeed my friend. Tell Roy hello for me. Love you!
Megan Smith
Friend
March 19, 2018
My heart breaks for the loss of this wonderful, giving man and Bart, a gentle giant. I only knew Ted as a client from his store, but he made me feel like we were old friends anytime I visited the shop. The world is a sadder place with him gone and I'm sending love and prayers to his wife and son.

Shannon Murdock
Shannon Murdock
March 19, 2018
Glen and I are stunned at the magnitude of the family's devastating loss. What an inconceivable tragedy, and what a poorer place the world is now. Our hearts and prayers will always be with you all.

Christopher Burton, Houston Heights
March 12, 2018
It was such a pleasure to go into his store and chat with him. He was funny, kind, and so interesting. It was also fun to get a greeting from those huge, sweet dogs. I had him work on jewelry on a number of occasions, including trusting him with family heirlooms, which he treated with the utmost care and respect. What a terrible loss. My condolences.

Cindy Gladstone
Austin
March 12, 2018
My most heartfelt sympathy to his wife, son and extended family. He was such a nice man and made everyone in the store feel welcome and comfortable. This a terrible loss for Austin and everyone that knew him. I pray the person responsible is brought to justice.
Heidi Cutler
March 11, 2018
Judy Darnell
March 11, 2018
Our hearts are broken for your loss of Ted, Corey. He will always be remembered as a kind and generous man, warm and sincere smile, encouraging words, truly interested in people, expert at his profession - he was our trusted jeweler and our friend. His love for you and Nick was evident in every conversation we had with him. Our sad loss as well. We wish you comfort and peace in the coming days.
Sincerely,
Vicki & Robert Goodrich
Grant & Brandy Goodrich
William & Mallory Goodrich
Vicki & Robert Goodrich
March 11, 2018 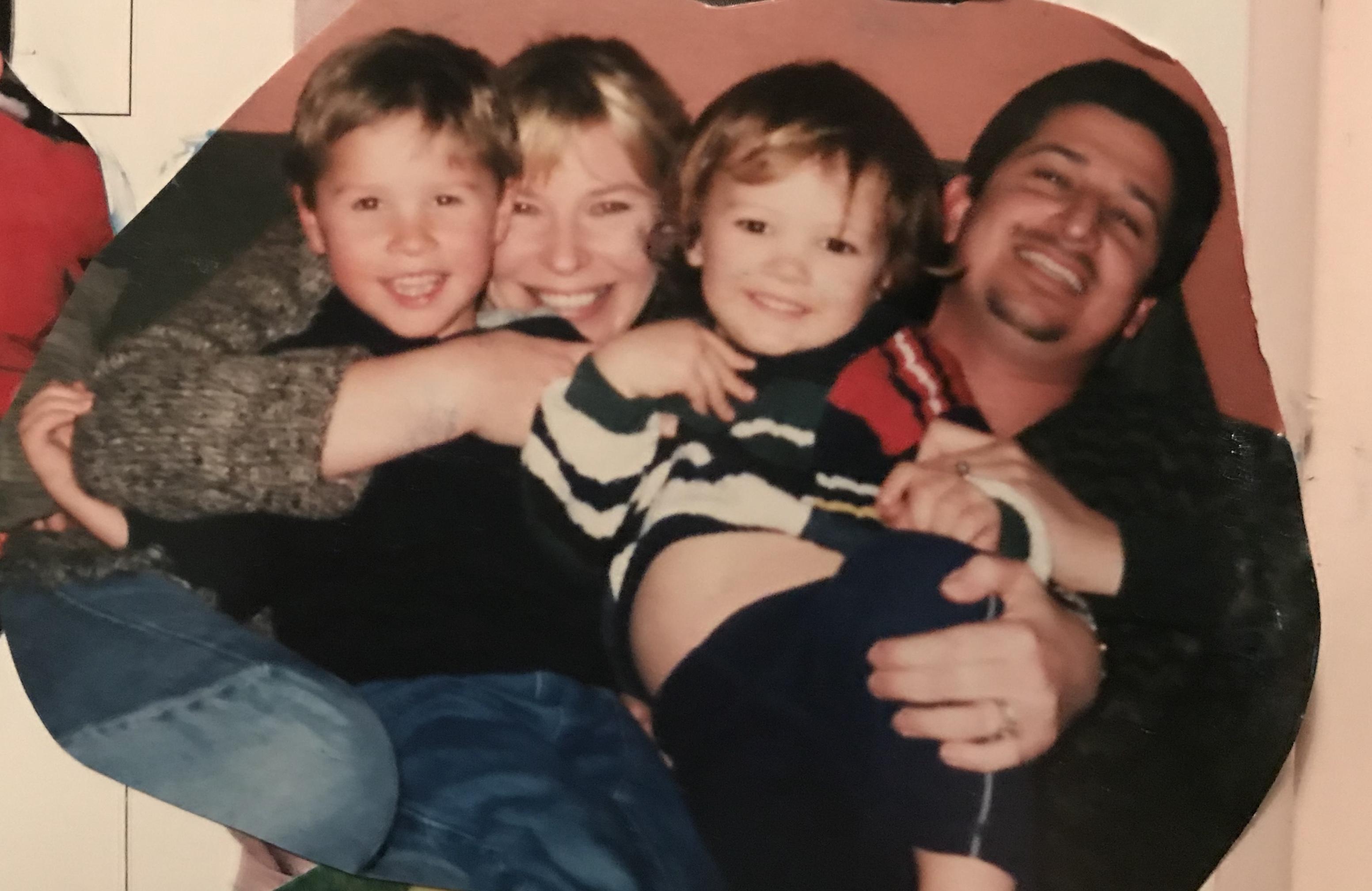