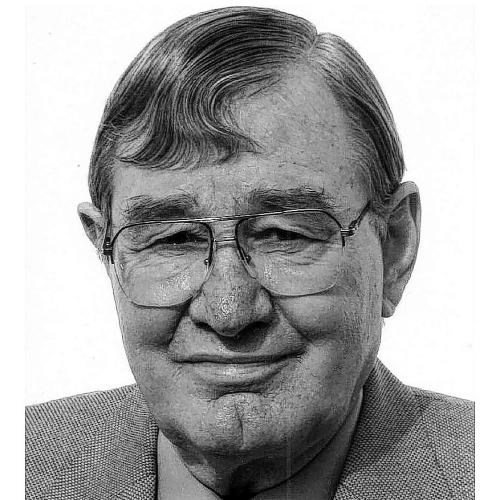 After graduating from high school as valedictorian Tom attended East Texas State University and earned a B.S. and M.S. degree in Chemistry in 1953. He was then commissioned into the US Air Force where he served as a research chemist for two years. During this time he married his first wife Myra Butler of Commerce Texas.

Tom received a Ph.D. degree in Organic Chemistry from Rice University in 1960 and received a post-doctoral fellowship at the University of Zurich. While there, he solved the structure of the red pigment in such plants as the red beet, cacti and Bougainvillea, naming the new class of unique pigments "betalains". In 1962 he became head of a new "Plant Chemistry " program in the Department of Botany, The University of Texas at Austin.

In 1966 Tom organized the Phytochemical Society of North America, serving as its first president and was honored with a lifelong membership in 1996. Tom and Helga Humm Fischer were married April 3, 1971.

As Chairman of UT-Austin's Department of Botany from 1980-1986 Tom led the program when it reached the number one national ranking, and was responsible for establishing several important endowed faculty positions. In 1986, Tom's interest in biotechnology led to his appointment as a Jack C. Wrather Centennial Endowed Fellow at UT-Austin's IC2 Institute.

Tom received numerous professional awards both nationally and internationally. He received the UT-Austin Graduate School's Outstanding Doctoral Teaching Award in 1991 and retired as Professor Emeritus in 2006 after 42 years of teaching undergraduate and graduate students and supervising to completion more than 70 Ph.D. and M.S. students, whose research led to more than 700 publications including 15 books.

Tom will be deeply missed by family, friends and colleagues. Memorial services will be held at a later time. In lieu of flowers, memorial contributions may be made to: The University of Texas at Austin for the "Professor Tom J. Mabry Endowed Excellence Fund in Phytochemistry and Plant Biology".
To plant trees in memory, please visit our Sympathy Store.
Published by Austin American-Statesman from Dec. 4 to Dec. 5, 2015.
MEMORIAL EVENTS
No memorial events are currently scheduled.
To offer your sympathy during this difficult time, you can now have memorial trees planted in a National Forest in memory of your loved one.
MAKE A DONATION
MEMORIES & CONDOLENCES
3 Entries
Tom was a great colleague and friend, as well as a mentor to many excellent students. We will continue to miss his wise guidance in plant biology at UT.
David Herrin
December 28, 2015
To Helga, Michele, Patrick, and Aimee,

Thank you for sharing Tom with us. His dedication to his students, his Botany Department, and his scientific endeavors certainly meant less time for you.

It took me a bit, but I eventually realized that I had the BEST major professor and academic father.

So much good, and excellence, resulted from Tom's influence. With gusto!

Ever,
Maureen Bonness, proud to be one of Dr. Mabry's Ph.D. fledgelings
December 12, 2015
I wish to express my sincere and heartfelt sympathy over the passing of a dear friend and colleague. Tom was instrumental in recruiting me to the university of Texas Department of Botany from Chapel Hill in 1981. Tom was largely responsible for building the Deaprtment's high reputation making it the top ranked botany department in the Nation. He worked tirelessly on behalf of his colleagues. Tom was a faithful and loyal friend. I will always remember Tom. I wish to express my condolences to you, dear Helga. Your friend,Malcolm
R Malcolm Brown Jr
December 11, 2015
Showing 1 - 3 of 3 results