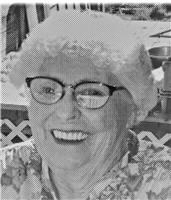 BORN
1937
DIED
2021
FUNERAL HOME
Danekas Funeral Chapel & Crematory - Colville
155 W First Avenue
Colville, WA
Barbara Irene McBride Anderson passed away peacefully on Sept. 5, 2021, with her loving family beside her.
She was born on May 10, 1937, in Tacoma, Washington, to Florence (Schumiller) and Floyd Johnstone.
Barbara was also raised in Tacoma, growing up and attending school there.
When she was 17 years old, she was at a local Ma & Pa convenience store reading a book by the woodstove when a gentleman by the name Julius McBride walked passed and knocked the book out of her hand as a way of introducing himself to her - and she was smitten.
The two began to date and fell instantly in love. Julius went over to serve in the Korean War and they wrote to each other often. They promised each other they would marry when he got back from the war and on Feb. 26, 1955, they did just that.
Shortly thereafter, they began their family and moved wherever work could be found.
They lived in Roseburg, Oregon, for a good portion of time and welcomed three boys while there, Jerry, Kevin and Larry.
They moved down to California where they welcomed son, Mark, and then, finally, a daughter, Lanette.
Their young family enjoyed going on fishing trips and camping while on hunting outings.
Barbara was an excellent cook and baker, and the house seemed to always be filled with the delicious aroma of her cooking. She loved the holidays when she could showcase her talent and fill the bellies of her loved ones.
Barbara and Julius eventually moved to Christmas Valley, Oregon, in 1981 and, sadly, Julius passed away in 1986. Barbara would remain there for the next 35 years.
She eventually met Harold Anderson and the two married. His health declined and she cared for him until his passing.
Barbara came to live with her daughter, Lanette, in May of this year after being diagnosed with cancer.
She loved to see the turkeys and deer and enjoyed the trees, hills and beauty that surrounded her.
Barbara cared very deeply for her family, and loved her grandchildren, great-grandchildren and great-great-grandchildren, even if she did not get to see them regularly.
Barbara loved to watch the old Westerns, especially if John Wayne was one of the actors.
She was the sweetest lady that loved to make people smile.
Barbara will be dearly missed, especially by her favorite dog, Cocoa.
Barbara was preceded in death by her parents, Floyd Johnstone and Florence Emma Schumiller; husbands, Julius Avon McBride and Harold Anderson; son, Keven Lee; brothers, Jerry and David Johnstone.
She is survived by her children: son, Jerry McBride and wife Becky; son, Larry McBride; son, Mark McBride; daughter, Lanette Rogers and husband Randy; 17 grandchildren, many great-grandchildren and five great-great-grandchildren.
Please visit the online memorial and sign the guestbook at www.danekasfuneralchapel.com. Danekas Funeral Chapel & Crematory has been entrusted with arrangements.
Published by The Statesman Examiner from Sep. 14 to Sep. 15, 2021.
To plant trees in memory, please visit the Sympathy Store.
MEMORIAL EVENTS
To offer your sympathy during this difficult time, you can now have memorial trees planted in a National Forest in memory of your loved one.
Funeral services provided by:
Danekas Funeral Chapel & Crematory - Colville
MAKE A DONATION
MEMORIES & CONDOLENCES
Sponsored by Danekas Funeral Chapel & Crematory - Colville.
0 Entries
Be the first to post a memory or condolences.