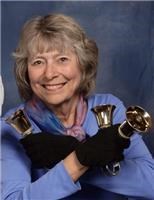 BORN
1942
DIED
2021
After a lifetime devoted to music and to family and friends, Barbara Ellen (Schwartz) Meixner died peacefully in her Davis, California, home, on Oct. 6, 2021, after a brief but brave battle with cancer. She was 79.
Barbara's wide-ranging musical activities included piano performing, teaching, and composing as well as playing with chamber music ensembles and handbell choirs, and singing in choral groups.
In the 1990s, she composed and published a popular series of second-piano accompaniments (still in print) for much of the Suzuki piano repertoire
In 1980, Barbara began teaching Suzuki piano to countless children and training their parents. She attended the first U.S. training institute with the Japanese master teacher in San Francisco, California, and later trained with American master teachers in Sacramento, California, and elsewhere.
With friend and Suzuki piano teacher Liz Young, Barbara organized Davis student play-ins. She also organized area graduation recitals, including an amazing Sacramento concert with multiple grand pianos onstage.
For much of her teaching career, Barbara was among the leaders of the Sierra Branch of the Suzuki Music Association of California. A SMAC founder, she was also a past president. She was also an active member of the Davis Music Teachers' Association and the Music Teachers' Association of California.
Near the end of her professional teaching career, Barbara added adult students and joined a small group of Davis pianists who met monthly to share their pieces.
During the recent stay-at-home mandates, Barbara taught remotely. Known as a meticulous, dedicated, and caring teacher, she had returned to live teaching until her health forced her to retire.
Beyond the joy of teaching, Barbara had recently focused on leading and arranging music for the Juuliebells Handbell and Handchime Choir at the Unitarian Universalist Church of Davis.
When she founded Juuliebells in 2010, she named the choir in honor of her beloved friend, Julie Partansky, the late Davis mayor, whose estate provided funds to purchase three octaves of handbells and handchimes.
The choir's name also recognizes the choir's connection to the UU Church.In the wider community, Juuliebells played concerts with the Davis Community Church Bell Choir, the Davis Chorale, and the Vocal Art Ensemble.
They also presented programs for University Farm Circle, Davis senior communities, and special events.
Barbara Ellen Meixner was born in Walla Walla, Washington. When she was 18 months old, her family moved to Colville, Washington, where she graduated from high school among the 12-year seniors (students who spent their first 12 years of schooling with the same people).
Majoring in piano, she earned BA and MA degrees in music from Mills College in Oakland, California. She also studied harmony, counterpoint, composition, and orchestration with cutting-edge composers Morton Subotnick, Luciano Berio, and Darius Milhaud
After Barbara married Helmut Meixner in 1971, the couple lived in Vienna, Austria; Los Angeles, California; and Cincinnati, Ohio.
They divorced in 1980, and Barbara moved to Davis, which she made her home until her death
Barbara is survived by her sister Debbie Brozik; her niece, Jasmine Griffin; her nephew, Forest Greenough; great-nieces and nephews; and several cousins.
She was preceded in death by her parents, August "Gus" Schwartz and Martha (Reiswig) Schwartz; and by her sister. Kathye Alyse Smith.
Barbara will be missed dearly by family, friends, and many others whose lives she touched with her gift of music, her trusting nature, her authenticity, and her positive approach to life.
A celebration of Barbara's life is being planned for the spring of 2022.
Published by The Statesman Examiner from Oct. 19 to Oct. 20, 2021.
To plant trees in memory, please visit the Sympathy Store.
MEMORIAL EVENTS
To offer your sympathy during this difficult time, you can now have memorial trees planted in a National Forest in memory of your loved one.
MAKE A DONATION
MEMORIES & CONDOLENCES
1 Entry
Barbara was our neighbor and one of my closest friends as I grew up in Colville. I have countless memories of our adventures. Barbara was a regular guest at our lake cabin each summer, and she signed our guestbook every year summarizing the most recent adventures. Barbara was an amazing pianist from as early as I can remember. The memories I have of playing with Barbara growing up will always be the best memories ever. I'm sure I speak for my sister, Frances, as well.
Janet Eileen Lowell Nelson
Friend
October 23, 2021
Showing 1 - 1 of 1 results