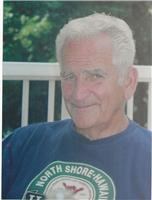 BORN
1937
DIED
2021
A joyful and emotional celebration of life was held for Boyd Hampton Carlson on a perfect summer evening at the home of Dinah Le Carlson on what would have been Boyd's 84th birthday.
Boyd passed away on Aug. 17, 2021, from an accident that occurred the prior day as he was doing what he always did; taking care of others.
He died peacefully at Sacred Heart Hospital surrounded by family and friends.
At the celebration of his life, Boyd was honored with military honors, including the bugling of TAPS and presentation of the American flag to Dinah Le.
Boyd Hampton Carlson was the second of four sons born in 1937 in Lewiston, Idaho, to Bonner Lewis Carlson and Beryl Katharine Boggan Carlson, both deceased.
He is brother to Terry Carlson (deceased), Kim Carlson and Chris Carlson.
Boyd's early years were in Clarkston, Washington, and Walla Walla, Washington.
His family settled in Selah, Washington, where he attended Selah Grade and High Schools, graduating in 1955.
From there, he attended Washington State University and joined the Phi Sigma Kappa fraternity where he was house manager and president.
It was at WSU and the Phi Sigma house that Boyd met his love, Dinah Le Jones, who would become his wife and the mother of his two special daughters, Suzette and Shannon.
After graduating from WSU with a degree in Economics, Boyd joined the Army and served as a 1st lieutenant in South Korea and was discharged with honors in 1966.
Upon his return from Korea, Boyd began his career with Standard Oil Company, eventually purchasing the Standard Oil bulk plants in Colville, Chewelah, Deer Park and Metaline Falls, Washington.
For the next 30 years, Boyd owned and operated Carlson Oil with integrity and generosity as a good businessman taking personal interest in the lives of each of his customers.
His flannel shirt, blue jeans, big smile, strong handshake, generous heart and hospitality were hallmarks to every person who walked through the doors of Carlson Oil.
The Carlson family made their home in Colville, Washington, where Boyd and Dinah were an integral part of the Colville community for more than three decades.
Boyd was active in the local Chamber of Commerce, Quarter Horse Association, local 4-H clubs and the Colville PRCA Rodeo to name a few of his volunteer activities.
It was in Colville that Boyd and Dinah raised their daughters, Suzette and Shannon, helping and chaperoning in everything young busy girls were involved with, and making many life-long friends along the way.
Throughout his life Boyd loved music, especially county music. He played the clarinet, was in the High School Band, in a Dixieland band and he taught himself to play the ukulele and the piano, all by ear.
For family holidays and other family events, he and his equally talented brothers would pull together a living-room band bringing years of entertainment and joy to the family and others.
Boyd also loved snow skiing, water skiing, raising, riding and betting on horses.
More than anything Boyd loved his family. He and his beloved wife, Dinah Le, shared 56 years of marriage and upon retirement, Boyd and Dinah moved to Spokane, Washington, to be near their adoring daughters, Suzette (Bill) and Shannon (Kirk), and their loving grandchildren, Angela (Colin), Emily (Brian), Jack, Nick and soon-to- be great-granddaughter in January 2022.
Boyd also leaves behind his two brothers, Kim (Stephanie) and Chris (Diana); his sisters-in-law, Susie (Brad) and Cecilia; many nieces, nephews, great-nieces and great-nephews, all who will miss him dearly.
In lieu of flowers, the family would appreciate your spontaneous donation to a person or two at the gas pump who can't afford to fill their own tanks or to the Colville Historical Society.
Rest in Peace, Boyd Carlson
Published by The Statesman Examiner from Oct. 5 to Oct. 6, 2021.
To plant trees in memory, please visit the Sympathy Store.
MEMORIAL EVENTS
To offer your sympathy during this difficult time, you can now have memorial trees planted in a National Forest in memory of your loved one.
MAKE A DONATION
MEMORIES & CONDOLENCES
5 Entries
Dear Dinah, Suzette and Shannon - my heartfelt condolences. Boyd was such a special man and never saw him without a smile. He will be remembered fondly by all who knew him. Best wishes to all your families.
Butch Bovan
Friend
November 19, 2021
Thank you for your service to our country. Rest In Peace.
Washington State
October 10, 2021
You and your wonderful wife took a chance on me many years ago, providing me with an opportunity to be a better person and a member of the Colville business community. Thank you.
David M Celebrezze
October 10, 2021
I recall vividly the time I spent working next to Boyd with Standard Oil back in the late 60´s. Such a wonderful caring person. I have thought of him often over the years and regret not reconnecting with him. My condolences to Dinah and his family.
Wayne Harrington
Friend
October 10, 2021
Boyd and Dinah were a big part of my life for some years. I am saddened with this news and does not suprise me that an accident, as a result of Boyd helping someone else ended his life. Boyd was always willing to help and his infectious smile and laugh I will always remember, always. Take care Dinah and I will be filling someone's gas tank to the brim soon. Send many hugs to you and your girls. Love you, Glenda
Glenda L. Owens
Friend
October 6, 2021
Showing 1 - 5 of 5 results