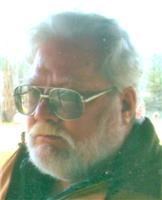 BORN
1954
DIED
2021
FUNERAL HOME
Danekas Funeral Chapel & Crematory - Colville
155 W First Avenue
Colville, WA
Darrel Wayne Dixon went home to be with his Lord and Savior on Aug. 27, 2021 in Colville, Washington.
Darrel was born in Enid, Oklahoma, to Reece and Marlene Dixon on Jan. 26, 1954. He was later raised by Reece and Virginia Dixon.
They lived in Washington state for awhile until his family homesteaded in Fairbanks, Alaska, in 1962.
Darrel, "Wayne", as we all called him, went to school in Fairbanks and worked at the University of Alaska until an accident that put him on disability in the early 80s. In the 80s, he moved to Colville where his parents were, to be close to them and take care of them in their later years.
Wayne liked his alcohol but loved his family more! He was known as Santa Clause to all the little ones in the family.
He was a very kind and generous soul. There was nothing he would not do for anyone. He was a softy and just a big teddy bear.
Wayne was preceded in death by his parents, Reece and Virginia Dixon; his sister and brother-in-law, Della and Chester Pemberton; and sister-in-law, Lynn Dixon.
He is survived by his sister, Linda Louie and Aaron of Fairbanks; brothers, Reese Dixon III of Peoria, Arizona, and George and wife Bev Dixon of Rochester, Washington; sisters, Leona and husband David Pemberton of Kettle Falls, Washington, Patricia and husband Jim Schmidt of Newman Lake, Washington,, and numerous nieces and nephews.
He will be missed by all!
And the only scars in Heaven are on the hands that hold you now! Danekas Funeral Chapel is entrusted with arrangements.
Published by The Statesman Examiner from Sep. 7 to Sep. 8, 2021.
To plant trees in memory, please visit the Sympathy Store.
MEMORIAL EVENTS
To offer your sympathy during this difficult time, you can now have memorial trees planted in a National Forest in memory of your loved one.
Funeral services provided by:
Danekas Funeral Chapel & Crematory - Colville
MAKE A DONATION
MEMORIES & CONDOLENCES
Sponsored by Danekas Funeral Chapel & Crematory - Colville.
0 Entries
Be the first to post a memory or condolences.