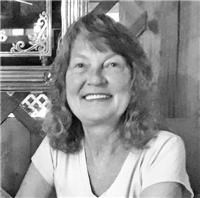 BORN
1962
DIED
2021
FUNERAL HOME
Danekas Funeral Chapel & Crematory - Colville
155 W First Avenue
Colville, WA
Debra "Debbie" Ann Rutledge, a longtime resident of Colville, Washington, passed away on July 29, 2021, in Clarkston, Washington, following the sudden onset of liver failure.
Debbie was born on March 8, 1962, in Auburn, Washington, the daughter of Donald Loren and Ila Muriel (Holm) Litts.
She attended grade school in Sumner, Washington, where her family resided for several years before moving to Colville.
While in Colville, Debbie attended Junior High and High School.
Following high school, she worked at the Copper Bowl bowling alley.
On March 28, 1981, Debbie married her longtime friend, Ronald Rutledge at the Colville Christian Church.
They began a family with the birth of their son, Ronald, later that year.
In 1983 their family grew with the birth of their daughter, Sandra.
Debbie loved to be home with her children and embraced her role as a homemaker. She spent hours baking, playing in the creek by the house, listening to party line on the radio and playing radio bingo with her children in their younger years.
They moved to Everson, Washington, in 1996. While there, Debbie worked in the local lumber mill until the family returned to Colville in 2001.
Debbie continued her mill work and later worked at the Statesman Examiner. Her gradual decline in health required she retire early in 2014.
Debbie loved her family and her favorite pastime was creating memories with them.
Her holiday preparations always included the making and baking of Lefse Norwegian potato bread and putting up fantastic decorations. Sledding, bonfires and Tiki-lit sledding runs were winter favorites of hers.
Debbie loved the outdoors and enjoyed mushroom picking, acquiring firewood, Huckleberry hunts and harvests, going on the boat for fishing trips and river camping.
Debbie loved variety in each day and had a feisty side that wasn't to mess with.
She had a loving, caring and selfless character that offered goodness to anyone in need.
Debbie was preceded in death by her mother, Ila Sweet, and father, Donald Litts.
She is survived by her husband, Ron Rutledge of Colville; son, Ron Rutledge Jr. of Fork, Washington; daughter, Sandra Rutledge of Hungry Horse, Montana; grandchildren, Andrew Jones, Ethan Jones, Tanner Bagley, Addison Anderson and Maci Harris; siblings, Pam Knight (Gary) of Spokane, Washington, Doug Swanson of Black Diamond, Washington, Linda Swanson of Sumner, Washington, Donnie Litts of Colville, Ronnie Litts of Colville, and Troy Litts of Colville; numerous nieces and nephews; and a host of extended family and friends.
The memorial service for Debra "Debbie" Ann Rutledge will begin at 10 a.m., Thursday, Aug. 12, 2021, at the Ag Trade Center in Colville. A graveside service and niche placement will follow at the Mountain View Park Cemetery in Colville. Pastor Shane Moffitt will officiate.
Please visit the online memorial and sign the guestbook at www.danekasfuneralchapel.com.
Danekas Funeral Chapel and Crematory is entrusted with the arrangements.
Published by The Statesman Examiner from Aug. 10 to Aug. 11, 2021.
To plant trees in memory, please visit the Sympathy Store.
MEMORIAL EVENTS
To offer your sympathy during this difficult time, you can now have memorial trees planted in a National Forest in memory of your loved one.
Funeral services provided by:
Danekas Funeral Chapel & Crematory - Colville
MAKE A DONATION
MEMORIES & CONDOLENCES
Sponsored by Danekas Funeral Chapel & Crematory - Colville.
0 Entries
Be the first to post a memory or condolences.