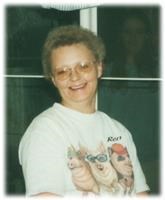 BORN
1944
DIED
2021
FUNERAL HOME
Danekas Funeral Chapel & Crematory - Colville
155 W First Avenue
Colville, WA
Diana Carol Wold, a longtime area resident, passed away peacefully in Kettle Falls, Washington, on Oct. 1, 2021, with her loving daughter and granddaughter by her side.
She was born in Medford, Oregon, on Oct. 27, 1944, to Vernon and Mildred (Scott) Clement.
Diana was born and raised in the Medford and Klamath Falls areas of Oregon. She met a logger by the name of John Wold and the two would fall in love and eventually marry in December of 1963.
The young couple moved to North Bend, Washington, and soon welcomed a daughter, Mary, followed by a son, John Jr.
Their growing family moved to Ketchikan, Alaska, where John continued to log and Diana worked as a cook in the logging camps.
John and Diana welcomed their third child, David, in the summer of 1969.
The family stayed in Ketchikan seasonally, while Diana and the kids returned to North Bend for the school months.
In 1981, the family relocated to Evans, Washington, where John Sr. began working as a heavy equipment operator.
Diana began working for Plumb Creek Lumber Company, where she stayed for over a decade - before a long stay as a bank teller at Key Bank, from which she retired permanently in 2012.
Diana loved the outdoors where she very much enjoyed fishing and golf. She enjoyed spending time with friends and family playing pool, darts, bowling and going dancing.
Diana enjoyed a small garden and helped John raise pigs. Diana had a pig- themed collection in her home, as well as her favorite NASCAR driver, Jeff Gordon.
Diana was an excellent cook and she loved cooking for her family, especially for the holidays and birthday get-togethers.
Family and friends were always paramount in Diana's life, and when John Sr. sadly passed away in 1988, she relied on them to get her through that loss. She was always there; to lean on when needed, to lend an ear, a shoulder to cry on, or just to have as good company and to give good honest advice.
She will be dearly missed by her loving family and friends.
Diana is preceded in death by her parents, Vernon and Mildred Clement; husband, John Wold Sr.; and grandson, William Wold.
She is survived by her children, Mary Onstott, John (Sandy) Wold, David (Janna) Wold; sister, Donna Henkel; grandchildren, Shannon, Garrett (Maggie), April (Chris), Nicolle (Jay), Michael (Mariya), Cody;and multiple great-grandchildren
Please visit our memorial page and sign her guestbook at www.danekasfuneralchapel.com. Danekas Funeral Chapel & Crematory have been entrusted with her care.
Published by The Statesman Examiner from Oct. 19 to Oct. 20, 2021.
To plant trees in memory, please visit the Sympathy Store.
MEMORIAL EVENTS
To offer your sympathy during this difficult time, you can now have memorial trees planted in a National Forest in memory of your loved one.
Funeral services provided by:
Danekas Funeral Chapel & Crematory - Colville
MAKE A DONATION
MEMORIES & CONDOLENCES
Sponsored by Danekas Funeral Chapel & Crematory - Colville.
0 Entries
Be the first to post a memory or condolences.