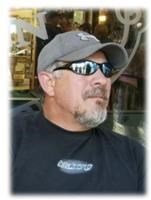 BORN
1957
DIED
2021
FUNERAL HOME
Danekas Funeral Chapel & Crematory - Colville
155 W First Avenue
Colville, WA
Eddie Gene Weilep, a lifetime area resident, passed away on Sept. 9, 2021, in Colville, Washington.
He was born on Aug. 10, 1957, in Colville to Robert and Audrey (Sell) Weilep.
Eddie was raised in Northport, Washington, where he attended elementary and high school.
Eddie was a gifted baseball player, a standout athlete on the team. He graduated from Northport High School with the class of 1975.
Eddie began working for Northport Limestone shortly after graduation and helped with the construction of the new elementary school.
Eddie caught the eye of Mary Lou Coleman and both were smitten. He was offered a job in Hawaii but didn't want to leave her behind, so he asked her to marry him.
On Oct. 28, 1978, they got married in the gymnasium of the school that he helped build.
They soon started their own family with the arrival of their daughter, Brianne, then welcomed sons, Lyle, and finally, Austin.
As the family grew, many summers were spent at Waitts Lake where they enjoyed boating, water skiing, knee boarding, swimming and diving.
Competition ran in the family, and Eddie was a coach and mentor to his children in many aspects, especially baseball. He was very active in the Babe Ruth League and the high school baseball team as the head coach.
Eddie wore many hats in his community, as a city councilman, volunteer fireman, and baseball coach just to name a few, but his favorite role was that of a loving husband and proud father.
Eddie was an avid hunter, fisherman, water and snow skier and fitness buff. His latest passion was riding his Harley-Davidson.
He enjoyed hunting, camping and fishing trips with friends and family. As his children began their own families, his greatest joy was as a doting grandfather.
Eddie made a point to attend every activity that his grandkids were involved in and to cheer them on in support.
He was well known in his community as a great storyteller and people fell in love with him after they met him for the first time.
Eddie was able to cross off one of his bucket list goals just this summer when he rode a bucking cow at the Arden Old Timer's Rodeo and had his picture in the paper to boot.
He worked hard, spending 41 years at Northport Limestone, but played harder when it came to spending time with his family.
Eddie loved his family deeply and his passing will leave a void in the hearts of all who had the pleasure of knowing him best.
Eddie was preceded in death by his father, Robert Weilep; father-in-law, Butch Coleman; and brother-in-law, Ron Coleman.
He is survived by his loving wife, Mary Lou; daughter, Brianne (Ryan) Sphuler; sons, Lyle Weilep, Austin (April) Weilep; mother, Audrey (Ed) Fleming; grandchildren, Madison (Dustin), Chance, Ella, Peytyn, Cruz, Cole, Rhylee and Kash; great-grandchild, Cooper; brothers, Rod (Tammy) Weilep, Guy (Twila) Weilep, Rex Weilep; mother and father-in-law, Judy and Bill Kenney; sisters-in-law, Marcie (Mike) Angelo, Michelle (Tim) Lang; and a host of extended family and close friends.
A memorial service for Mr. Eddie Weilep will take place at 1p.m. on Thursday, September 16, 2021, at the Northport City Park, with burial to follow at the Forest Home Cemetery in Northport.
Please visit the online memorial and sign his guestbook at www.danekasfuneralchapel.com. Danekas Funeral Chapel & Crematory has been entrusted with arrangements.
Published by The Statesman Examiner from Sep. 14 to Sep. 15, 2021.
To plant trees in memory, please visit the Sympathy Store.
MEMORIAL EVENTS
Sep
13
Visitation
8:30a.m. - 5:00p.m.
Danekas Funeral Chapel & Crematory - Colville
155 W. First Ave., Colville, WA
Sep
16
Funeral service
1:00p.m.
Northport City Park
650 South Ave, Northport, WA
Sep
16
Graveside service
2:00p.m.
Forest Home Cemetery
3351 Aladdin Rd., Northport, WA
Funeral services provided by:
Danekas Funeral Chapel & Crematory - Colville
MAKE A DONATION
MEMORIES & CONDOLENCES
Sponsored by Danekas Funeral Chapel & Crematory - Colville.
0 Entries
Be the first to post a memory or condolences.